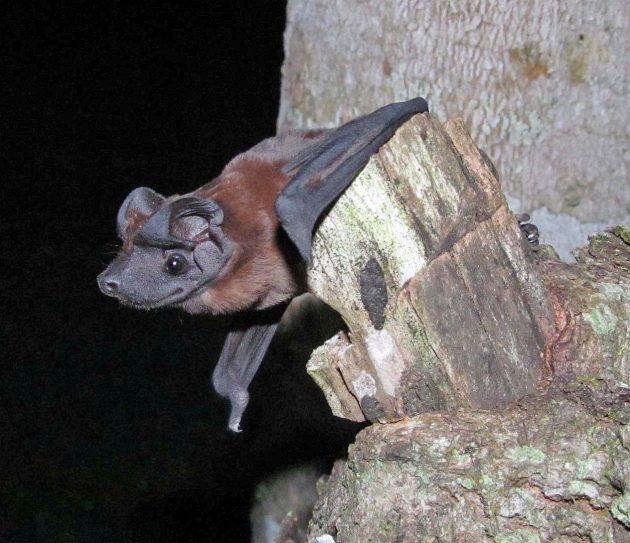 The Freeman’s dog-faced bat (“Cynomops freeman”) was found in Soberania National Park near the Panama Canal. (Photo by Thomas Sattler)

Flitting swiftly through the darkness above the tropical forest canopy in Central and South America, a group of cute little bats with dog-like faces have long been hiding a big secret. Now, their secret is out. 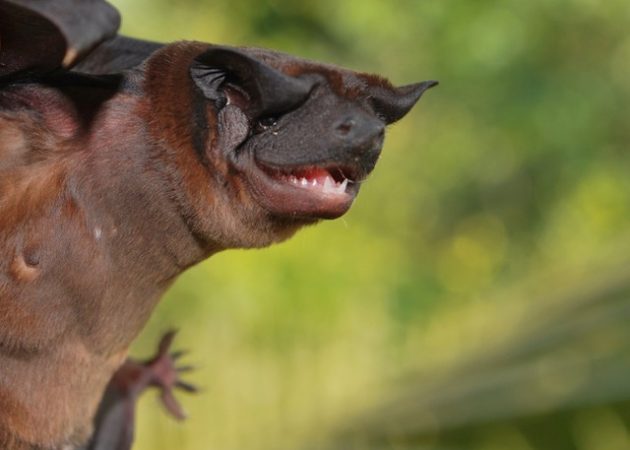 The novel Waorani dog-faced bat (“Cynomops tonkigui”) was found in a National Park in Ecuador that has one of the highest levels of bat diversity in the world. (Photo by Diego Tirira)

“Identifying two mammal species new to science is extremely exciting,” says Ligiane Moras, lead author of the study and who did part of this work as a fellow at the Smithsonian’s National Museum of Natural History (NMNH) in Washington, D.C. during her doctoral studies at the Universidade Federal de Minas Gerais in Brazil.

“After characterizing the body shapes of 242 dog-faced bats from museum collections across the Americas and Europe, comparing their DNA, and adding in field observations including sound recordings, we consider there to be eight species in this group, two of them new to science,” Moras says. 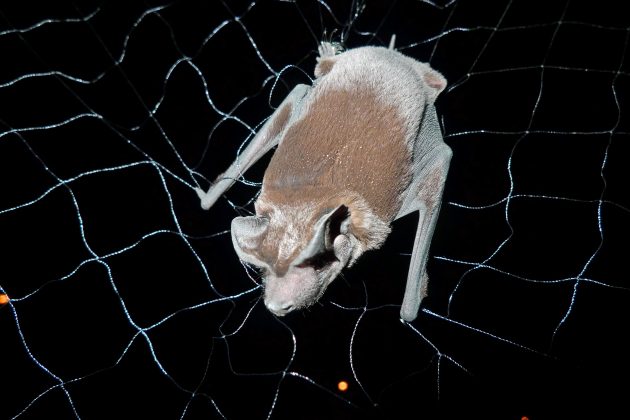 A dog-faced bat of the newly described species “Cynomops freemani,” awaits release from a mist net. (Photo by Thomas Sattler)

The description of the new Freeman’s dog-faced bat, named for bat researcher Patricia Freeman, was based not only on specimens previously identified as C. paranus or C. greenhalli in the drawers of the extensive bat collection at NMNH but also on physical measurements taken from live animals.

Flying high above the tree canopy at speeds much faster than other bats, dog-faced bats are rarely caught by even the most dedicated of bat researchers. So, it was a mixture of luck and specialized mist nets that led to the capture of 56 Freeman’s dog-faced bats in Gamboa, Panama in 2012 by a group of students working with staff scientist Rachel Page at the Smithsonian Tropical Research Institute (STRI). 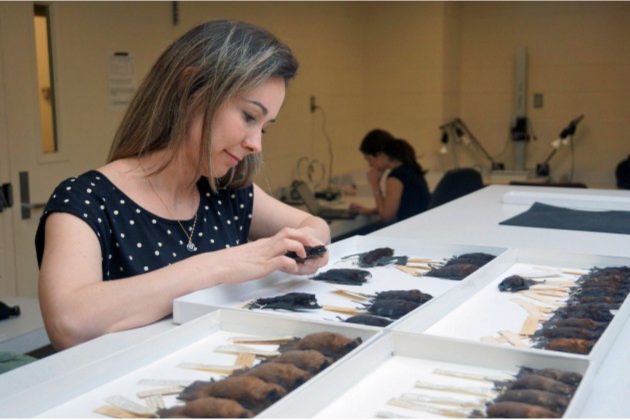 Ligiane Moras examines dog-faced bat specimens in the Division of Mammals at the Smithsonian’s National Museum of Natural History. (Photo by Micaela Jemison)

“I knew we had caught something exceptional, but all the bats of the Cynomops genus look very similar in the hand. I had not realized we had caught a new species, now called Freeman’s dog-faced bat, until Ligiane came back with the DNA results,” explains Thomas Sattler, one of the students in the field in Panama who was working on his Post-Doc at the University of Ulm as well as at STRI and is now at the Swiss Ornithological Institute

“We were very lucky to catch several different individuals of this species in mist nets and to record their calls. Having the call data may make it possible for us to find them again in the future and to learn more about this newly discovered bat species,” said Sattler. 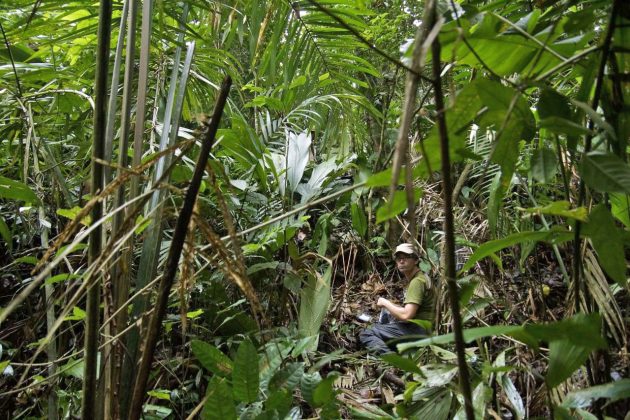 Thomas Sattler, a researcher at the Smithsonian Tropical Research Institute, prepares a bat detector which can record and identify the echolocation calls of different species of bats as they fly by during the night. This photo was taken deep in the jungle in Gamboa, Panama. (Photo by Elias Bader)

Because the new scientific description of Freeman’s dog-faced bat includes recordings of its echolocation calls—the signals it uses to navigate through the air in and above the forest canopy and to find insect prey—it may be possible to find this species again using a “bat detector,” a special recorder that allows researchers to hear bats as they fly by and identify them as a single species.

The combination of genetic and morphological data along with recordings of echolocation calls is incredibly rare for any description of a new bat species.

The discovery of the slightly smaller Waorani dog-faced bat (C. tonkigui) unfortunately does not include call recordings and is based solely on the physical examination and DNA comparison of museum specimens collected in Ecuador. The name “tonkigui” honors the Waorani tribe of Ecuador, some of whom live in the surrounding forest at one of the locations where these bats were captured. Tonkigui means bat in Waorani.

It is exceptionally rare to catch dog-faced bats in the wild. Museum collections combined with new technologies were invaluable in the further understanding of this cryptic group of animals, the researchers say.

“The discovery of two new species of Cynomops is tremendously exciting. Molecular tools combined with meticulous morphological measurements are opening new doors to the diversity of this poorly understood group,” says Rachel Page of the Smithsonian Tropical Research Institute. “This discovery begs the question–what other new species are there, right under our very noses? What new diversity is yet to be uncovered?”