To find flying insects and navigate in the dark, bats emit ultrasonic cries and then listen to the echoes that are reflected back to them. Now, a new study by scientists from the Smithsonian Tropical Research Institute, the Leibniz Institute for Zoo and Wildlife Research, and other research organizations suggest that echolocation calls also serve a social function for bats. Namely, bats listen to the ultrasonic calls of other bats to identify roost mates, bats of the same species, members of the opposite sex and intruders to their territory. 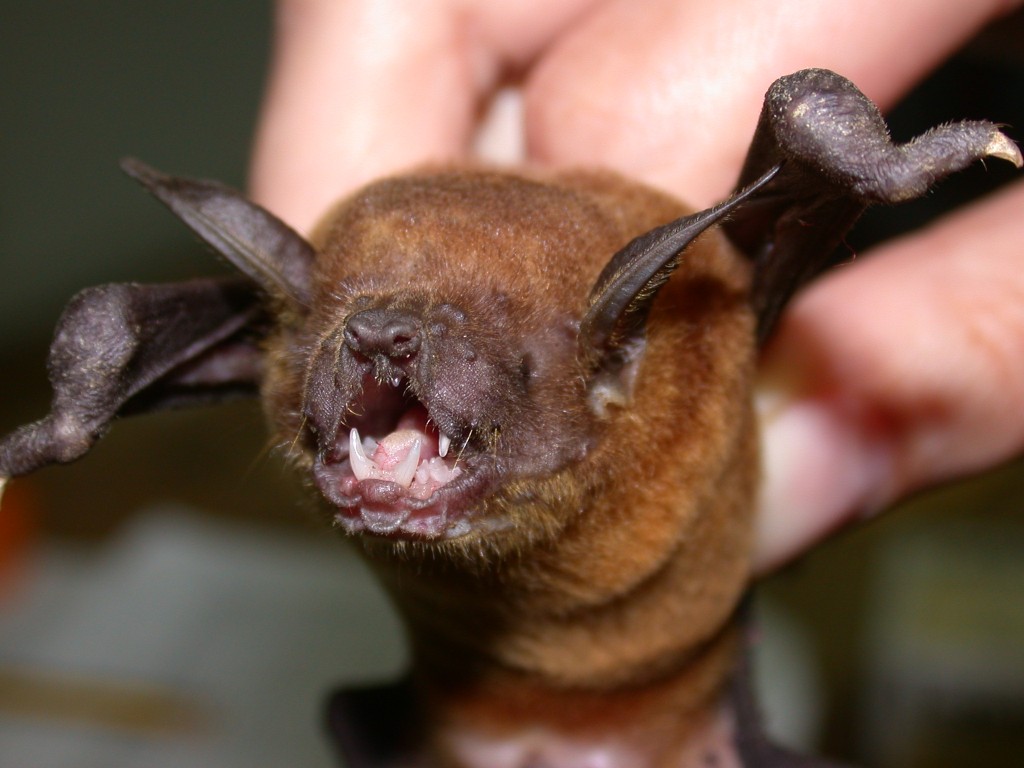 Lesser bulldog bats from Panama that were used in this study. (Photo courtesy Silke Voigt-Heucke)

To test the idea that echolocation calls can communicate social information for bats, the scientists recorded the ultrasonic echolocation calls emitted by lesser bulldog bats (Noctilio albiventris) and bats of other species, and then played them back to bulldog bats held in temporary captivity. They observed that captive bats reacted differently to calls made by bats of their same species than they did to calls by bats of another species. They also observed the bats respond differently to calls from bats which shared their roosts and to the calls of unfamiliar bats. The experiments were conducted in Panama. Ultrasonic white noise was used as a control in the experiment.

This video shows a lesser bulldog bat in a holding container responding to the ultrasonic calls of one of its roost mates. The audible chirps heard in this video is the bat’s non-ultrasonic voice. (Video courtesy Silke Voigt-Heucke)

“We were able to show that bats respond with a set of social behaviors [crawling, nodding, wing stretching, etc.] to the playback of echolocation calls,” the scientists write in a recent article in the journal “Animal Behaviour.” They conclude that N. albiventris can indeed distinguish between the ultrasonic calls of bats of their same species and bats of a different species, and between the calls of familiar and unfamiliar bats. 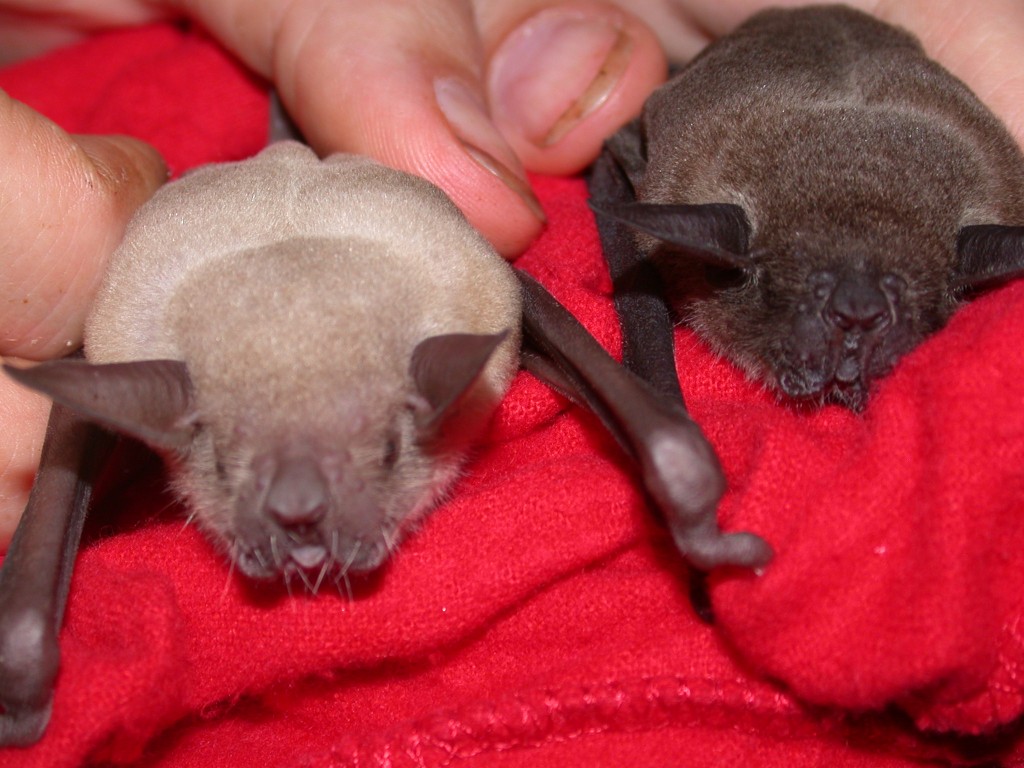 Lesser bulldog bats from Panama that were used in this study. (Photo courtesy Silke Voigt-Heucke)

Our results demonstrate that echolocation calls are not only “perceived and processed by the individual producing the sound,” the scientists write, but that “other individuals may obtain information about species identity and group affiliation by listening to echolocation calls.” Authors of the paper are Silke L. Voigt-Heucke of the Leibniz Institute for Zoo and Wildlife Research; Michael Taborsky of the University of Bern, Switzerland, and Dina K.N. Denchmann, a research associate at the Smithsonian Tropical Research Institute in Panama.