During a series of recent experiments at the Smithsonian Tropical Research Institute in Panama, a team of researchers from the University of Ulm, Germany and the Smithsonian observed as tiny bats (species Micronycteris microtis) performed what many experts had previously thought impossible. Using echolocation alone the bats found, identified and captured insects perched motionless and silent on the leaves of plants. Remarkably, the scientists concluded that through echolocation alone these foraging bats are able to perceive a detailed image of an insect’s shape and structure.

Above: In this high-speed infrared video an M. microtis bat (common big-eared bat from South and Central America) conducts a three-dimensional hovering flight or scanning behavior while it examines a potential target from different angles with high-frequency echolocation calls. The video was filmed inside a flight cage at the Smithsonian Tropical Research Institute in Panama.

“Active perception of silent and motionless prey in dense understory vegetation by echolocation alone has long been regarded impossible,” the scientists Inga Geipel, Kirsten Jung and the late Elisabeth Kalko note in a paper published in the Proceedings of the Royal Society B.

Dense vegetation, it was reasoned, throws back so many false echoes that bats have no way of pinpointing a silent, motionless insect in all the acoustic clutter. An insect’s odor, it’s mating call, the rustle of its movement or its visual appearance, scientists assumed, are necessary cues all bats use to find prey in the dark. Many experiments with other species of bats have proven this to be true. 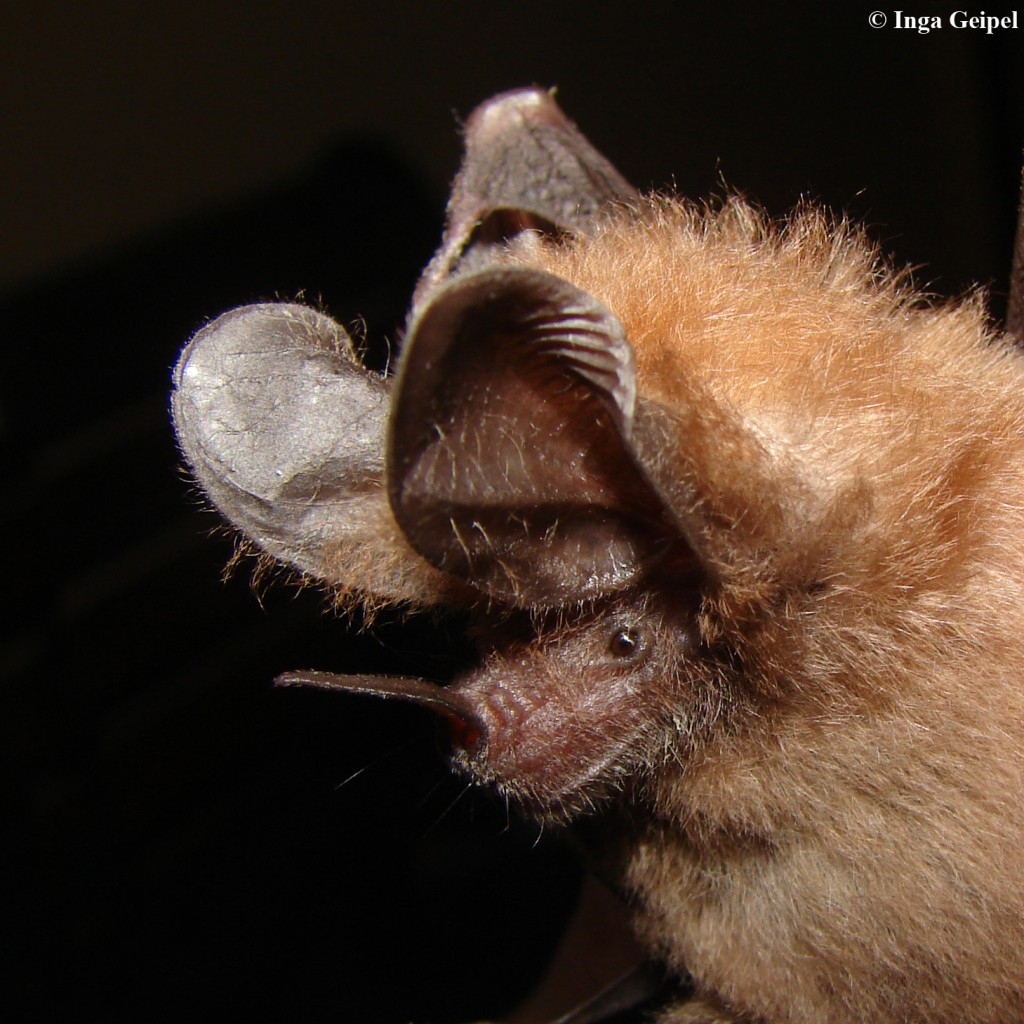 In large flight cages at a Smithsonian research facility on Panama’s Barro Colorado Island, however, M. microtis bats were able to accept or reject with high precision a series of silent, stationary ‘targets’ placed on the leaves of potted plants inside the cage at night. The targets included dragonflies, parts of dragonflies, and aluminum and paper dragonfly models. High-speed infrared cameras and ultrasound recording equipment were used to capture the flights and sounds of the bats in the darkness. 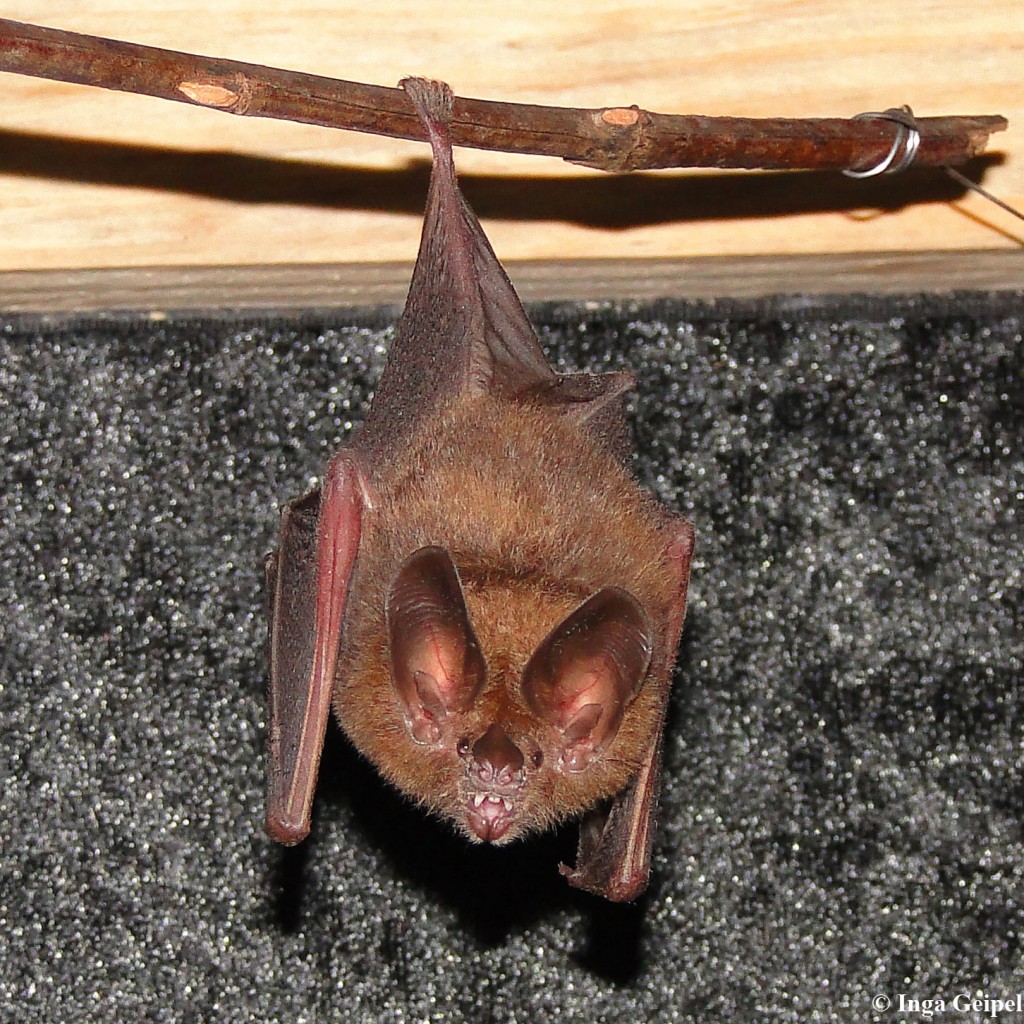 All of seven bats in the study grabbed the complete dragonflies from the leaves after briefly hovering “in front of and along each plant inspecting individual leaves for the presence of any target of interest,” the scientists write. The bats “directed head, ears and noseleaf towards the potential prey items” while emitting very short high-frequency echolocation calls.

When assessing prey the bats “flew in a three-dimensional space with a radius of less than 15 centimeters in front of and around the potential target.” Assessing the target from different angles, rather than straight on, reduces echoes bouncing directly off of a leaf surface the researchers say. This “scanning” behavior was never observed in front of leaves containing no target. In the experiments bats aborted their scanning behavior in front of leaves containing a paper dragonfly and an aluminum dragonfly with smooth wings, indicating they are also able to determine surface structure and material through echolocation.

The “three-dimensional hovering flight in combination with constant emission of short, high-frequency echolocation calls is the species-specific strategy of M. microtis and the key for prey perception in an acoustically highly cluttered environment,” the scientists write. “Through these adaptations M. microtis gains access to resources unavailable to other gleaning bats.”–John Barrat

“Perception of silent and motionless prey on vegetation by echolocation in the gleaning bat Micronycteris microtis,“ by Inga Geipel and Kirsten Jung of the University of Ulm, Germany; and Elisabeth K. V. Kalko, of the University of Ulm and the Smithsonian Tropical Research Institute, Panama; Proceedings of the Royal Society B: Biological Sciences.