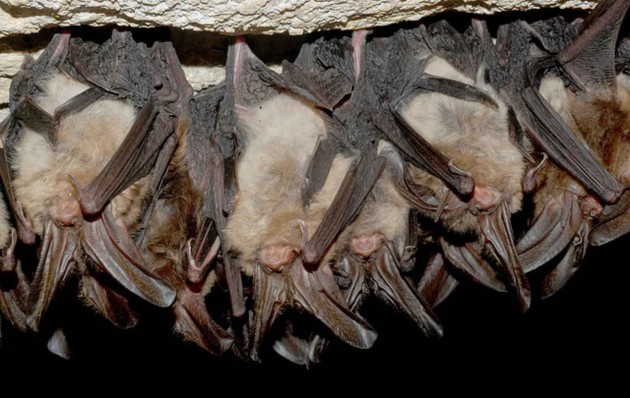 To celebrate a cool Halloween creature–bats–we teamed up with the Smithsonian’s Kristofer Helgen, curator of mammals at the National Museum of Natural History. Here, he answers three commonly asked questions about these winged mammals:

Q. Vampire bats! Why the name? Are they different from other bats?

A. Of the approximately 1,200 bat species known to scientists, only 3 are true “vampire bats” that make their living by feeding entirely on blood! All three species of these are found today in the New World tropics and subtropics, from Mexico south to Argentina and Chile. Two of these species, the Hairy-legged Vampire Bat and the White-winged Vampire Bat, feed on the blood of birds. The Common Vampire Bat (scientific name Desmodus rotundus) is the only mammal that makes a living from feeding entirely on the blood of other mammals. In the Ice Ages, there was an even larger vampire bat, three times the size of the living Common Vampire Bat, and it likely fed on the blood of large extinct animals like giant ground sloths and mammoths. Check out pictures of the skull of a Common Vampire Bat, with its razor sharp front teeth, at Animal Diversity Web. If you’re interested in learning more about vampire bats from a leading expert, check out the book Dark Banquet: Blood and the Curious Lives of Blood-Feeding Creatures by Bill Schutt (Harmony Books, New York, 2008). Now that’s some good Halloween reading! 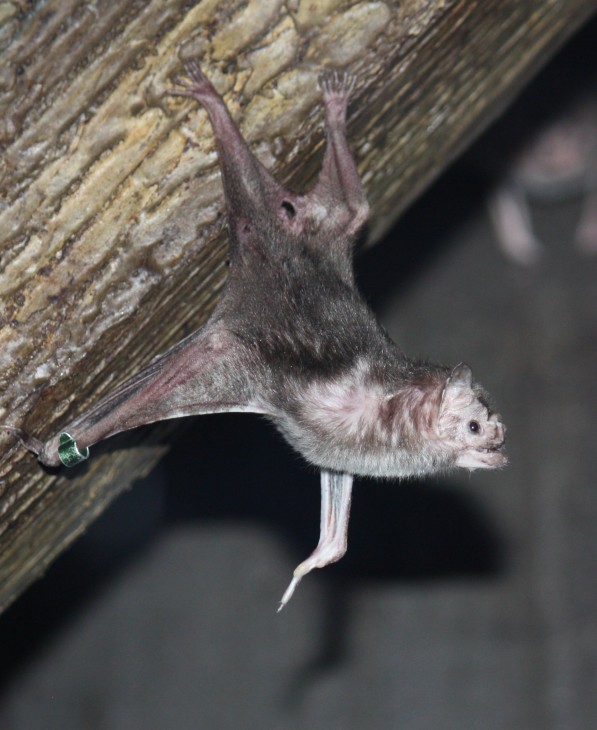 Q. What is the best way of attracting bats to your bat house? 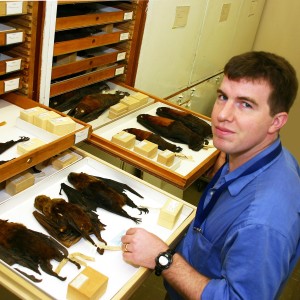 Kristofer Helgen, curator of mammals at the Smithsonian’s National Museum of Natural History

A. There is no easy way to “bait” a bat house to attract bats, but there are excellent ways to set up a bat house to increase your chances of bringing in the bats! The aim is to place or design a bat house where the bats will feel most “at home.” Tall, multi-chamber bat houses attract bats very well, and bat houses mounted on poles or on buildings are easier for bats to find than houses mounted on trees. It’s important not to disturb bats in the house, to keep the house in good condition, and to make sure the house does not get too hot or too cold in the summer (bats like inside temperatures in the range of 80-100 degrees F). For many great bat house tips, check out this link from Bat Conservation International, an organization dedicated to protecting bats and teaching people about them.

A. Most bats are insect-eaters, especially here in North America! Bats are an important control on insect numbers—a completely natural and welcome “pesticide”—and they assist orchardists and farmers in eating damaging insects. Many bats eat mosquitoes, but no species has yet been found to specialize on them. Studies have shown that “Big Brown Bats” (beautiful bats classified in the genus Eptesicus, such as the North American species E. fuscus), which weigh about half an ounce, can eat as many as 1,000 mosquitoes in a night. Even if bats are not mosquito-eating specialists, there is no question that large and healthy bat populations make a big difference to insect numbers, probably including mosquitoes in many regions. Many species of cave-roosting bats have been declining in the northeastern United States from a devastating fungal disease called White-Nose Syndrome. As bats disappear, some insect populations may increase, which may have other unpredictable ecological effects. Scientists are working hard to study this newly emerging disease to try and protect bats and to keep the disease from spreading to new caves. Find out more about White Nose Syndrome from the U.S. Fish and Wildlife Service here.

Got more bat questions? Find answers in the book Bats in Question, written by the Smithsonian’s own Don E. Wilson and published by Smithsonian Books.