The Smithsonian’s National Zoological Park has been awarded a grant from the U.S. Fish and Wildlife Service to establish a captive population of the Virginia big-eared bat at the National  Zoo’s Conservation & Research Center near Front Royal, Va.  Only 15,000 Virginia big-eared bats remain living in caves in West Virginia, Virginia, Kentucky and North Carolina, and these are threatened by the white-nose syndrome, a health crisis that has killed more than a million bats in the Northeast and remains unchecked. If white-nose syndrome spreads to caves in areas where the Virginia big-eared bats live, this subspecies is likely to become extinct. 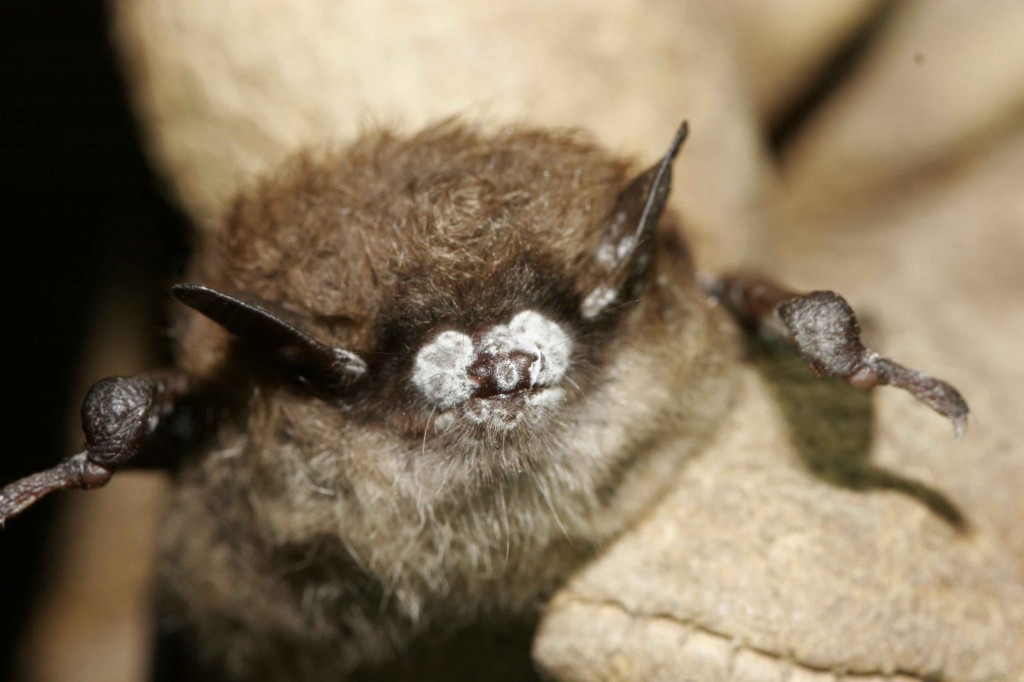 The National Zoo’s Conservation & Research Center has developed a multidisciplinary team of scientists, veterinarians, nutritionists and curators who are working with the U.S. Fish and Wildlife Service and the West Virginia Division of Natural Resource to establish this insurance population of Virginia big-eared bats, thereby buying time to determine the cause of, and perhaps a cure for white-nose syndrome. The National Zoo’s captive population of Virginia big-eared bats may eventually be used to re-establish this subspecies in the wild. Virginia big-eared bats have never been kept or bred before in captivity, so lessons learned from this project will be of broad interest to other agencies and organizations should white-nose syndrome in other wild bat populations makes it necessary to conduct captive breeding of these species as well. 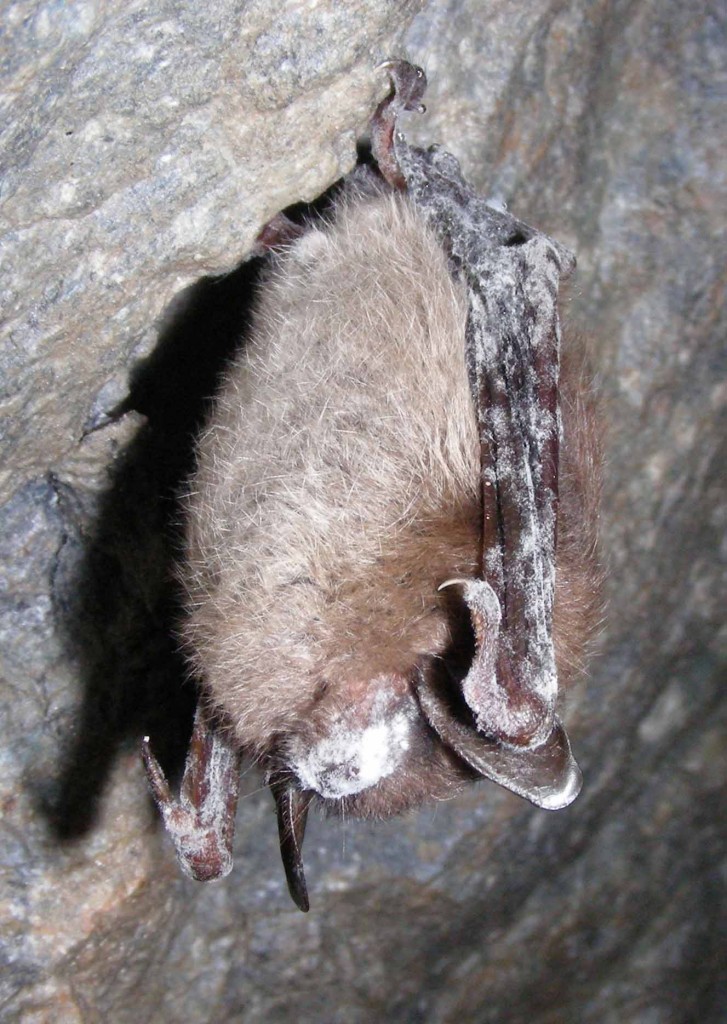 Photo: A little brown bat in a cave in Vermont with white-nose syndrome. (Marvin Morarity, U.S. Fish and Wildlife Service)

Since 2006, dying and dead bats have been found in unprecedented numbers in and around caves and mines from Vermont to Virginia. In some places where bats hibernate, 90 to 100 percent of the bats are dying. While the cause of the bat deaths remains unknown, affected bats have been observed with a white fungus growing on their muzzles and other parts of their bodies. Affected bats also have low body fat and often move to cold parts of their hibernacula. Bats have also been observed flying during the day and in cold winter weather when the insects they feed upon are not available.

The Smithsonian is the recipient of one of six grants totaling $800,000 awarded to research organizations by the U.S. Fish and Wildlife Service to study the white-nose syndrome in bats. “These grants will provide critical funding to help the Service and our partners find the cause, find a cure for and stop the spread of this deadly disease,” said Jane Lyder, the U.S. Department of Interior’s Deputy Assistant Secretary for Fish, Wildlife and Parks. “Bats are an incredibly important component of our nation’s ecosystem, and the loss of even one species could be disastrous for wildlife, agriculture and people.”