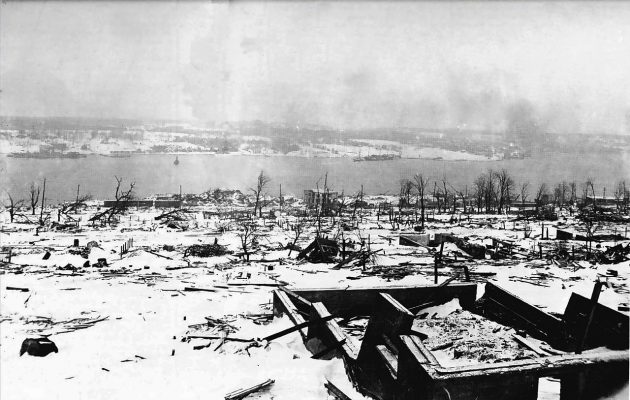 “A view of the devastated neighborhood of Richmond in Halifax, Nova Scotia after the Halifax Explosion, looking toward the Dartmouth side of the harbor. The steamship Imo, one of the ships in the collision that triggered the explosion can be seen aground on the far side of the harbour–Halifax after 6th December 1917.” (Photo and caption Nova Scotia Archives and Records Management)

The image above shows the view across the devastated neighborhood of Richmond in Halifax, Nova Scotia, Canada, the day after a massive explosion leveled this area Dec. 6, 1917. The Halifax explosion is discussed in the Smithsonian Libraries blog “Unbound,” where Special Collections Cataloger Julia Blakely uses the Libraries’ resources to reexamine the catastrophic destruction caused by the collision of a French cargo ship and a Norwegian cargo ship.  The sudden and deafening fireball flattened a 1.5-square-mile area, killing approximately 2,000 people and injuring 9,000 in what was the largest man-made explosion before nuclear weapons. (Photo from Nova Scotia Archives and Records Management) 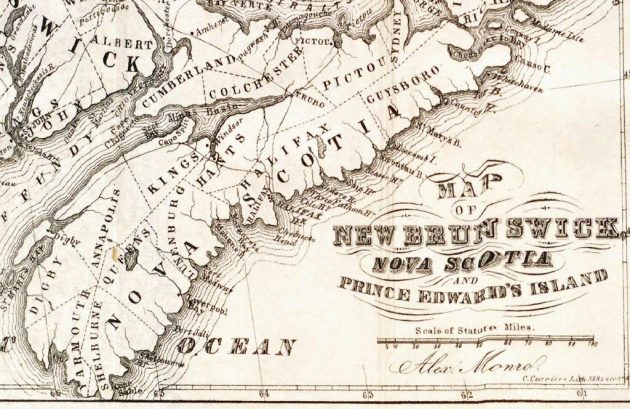