The first DNA barcoding survey of crustaceans living on samples of dead coral taken from the Indian, Pacific and Caribbean oceans suggests that the diversity of organisms living on the world’s coral reefs—one of the most endangered habitats on Earth—is seriously underestimated. 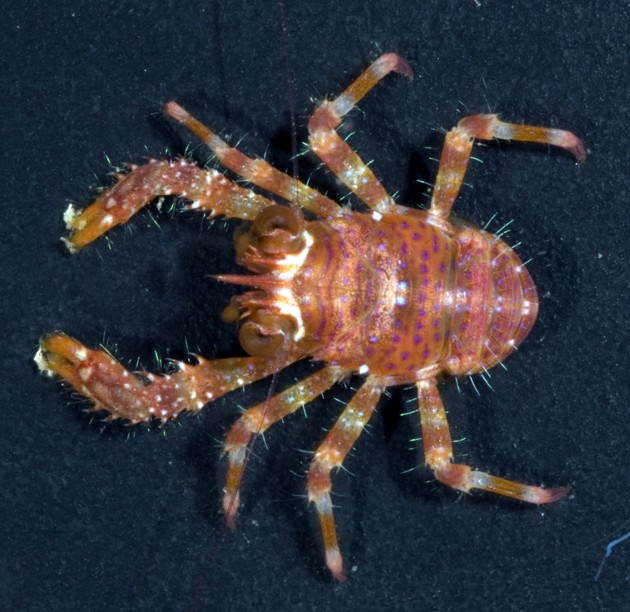 At depths of between 8 and 12 meters (26 to 39 feet), scientists collected dead coral heads from five different locations. At two sites where removing coral is prohibited, the scientists collected man-made sampling devices that had been left in the water for one year. Combined, the coral heads and devices had a surface area of just 6.3 square meters (20.6 square feet), yet 525 different species of crustaceans were found living on them. 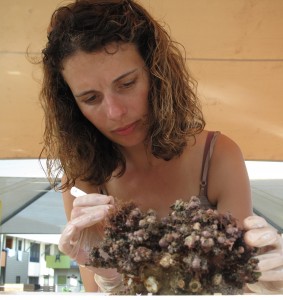 “So much diversity in such a small, limited sample area shows that the diversity of crustaceans in the world’s coral reefs—and by implication the diversity of reefs overall—is seriously under-detected and underestimated,” says Nancy Knowlton, the Sant Chair for Ocean Science at the Smithsonian’s National Museum of Natural History, co-author of the survey that was just published in the journal PLoS ONE.

“We found almost as many crabs in 6.3-square meters of coral as can be found in all of the seas of Europe,” explains Knowlton. “Compared to the results of much longer and labor-intensive surveys we found a surprisingly large percentage of species with a fraction of the effort.” This shows, says Knowlton, that the statistical uncertainty of estimates of the numbers of animals living in the world’s coral reefs “is huge.” 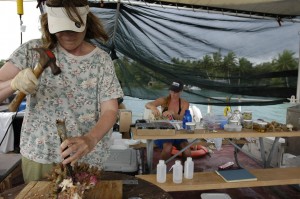 The study is the first biodiversity survey of coral reefs from three tropical oceans to use DNA barcoding. Lead author Laetitia Plaisance of the Smithsonian’s National Museum of Natural History and the Scripps Institution of Oceanography, explains: “Given the urgency of the state of the world’s coral reefs we used DNA barcoding because it is very fast and very cheap,” she says. “We just need to take a bit of tissue from a specimen and sequence it.” 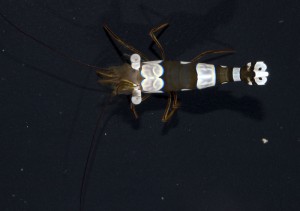 “DNA barcoding provides a standardized, cost effective method of coming to grips with the staggering diversity of the world’s oceans,” Knowlton explains. “It has enormous potential for use in broad global surveys, allowing us to find out what is living in the ocean now, and to keep track of it in the future.”

Crustaceans collected for the survey were only those the scientists could see, and ranged in size between 5 millimeters and 5 centimeters (0.2 to 1.9 inches) long. All animals from which DNA was sequenced were preserved so they could be examined by taxonomists at a later date.

“We collected dead corals because live corals defend themselves from being inhabited by other invertebrates,” Plaisance says. “Live corals have only symbionts—crabs and shrimp—living with them and these animals also defend their coral.”
Once a coral dies its structure becomes covered with algae, sponges, crustaceans, worms, mollusks and other creatures. 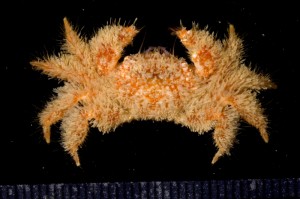 Given the complexity and extent of the world’s coral reefs, the survey covered only a very limited depth and habitat range, Plaisance explains, “and yet we have so many more species than we ever expected.”

Present estimates of reef species diversity are between 600,000 to more than 9 million species worldwide. “We cannot give a new estimate today but we may be able to in a few years,” Plaisance says.

Using man-made sampling structures at some 50 sampling sites around the world, Plaisance is now working with the Smithsonian and the National Oceanographic and Atmospheric Administration on another survey that will include all of the many organisms that live on coral reefs.

“The Diversity of Coral Reefs: What Are We Missing?” was co-authored by Laettia Plaisance, Nancy Knowlton, M. Julian Caley of the Australian Institute of Marine Science; and Russell E. Brainard of the National Oceanic and Atmospheric Administrating.