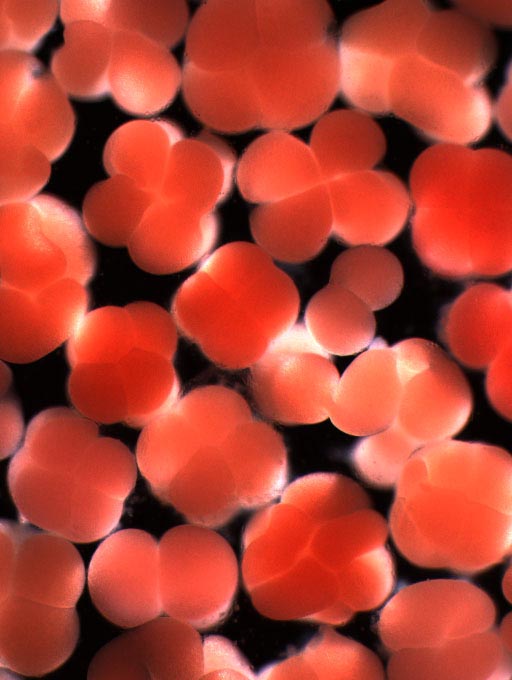 This photo shows developing embryonic cells of the coral species Acropora tenuis, from the Great Barrier Reef in Australia. Researchers from the Smithsonian Conservation Biology Institute, Hawaii Institute of Marine Biology and other partnering organizations spent two weeks at the end of November collecting sperm and embryonic cells during spawning from this and one other species of coral. The researchers have built the first frozen repository for Great Barrier Reef corals that could someday restore a coral species or diversify a population. (Photo by Drs. A. Hayward and A. Negri, Australian Institute of Marine Science)