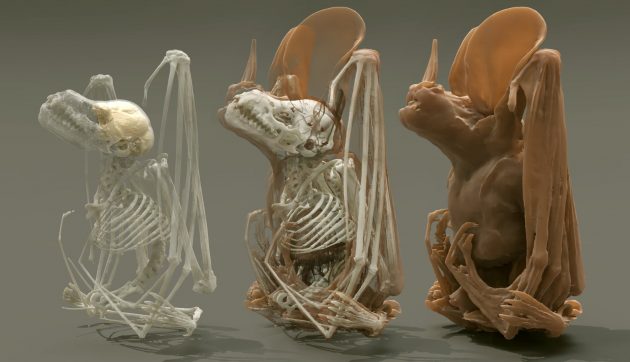 Engineers shouldn’t have to reinvent the wheel—or wings, or sonar systems—when mother nature has already done much of the heavy design work. In fact, finding a way to quickly and accurately copy and share designs in 3D from vast museum collections like the Smithsonian’s could well launch a new bioinspired engineering revolution, some engineers believe. One researcher’s experience with bat specimens at the National Museum of Natural History is an enticing preview of what may lie ahead on a much larger scale.

Rolf Müller, associate professor of mechanical engineering at Virginia Tech and research associate at the Smithsonian’s Natural Museum of Natural History, studies the ability of bats to echolocate for hunting and navigation. He uses the design of bat ears, noses, etc., as inspiration to create sensors for autonomous aerial and underwater vehicles.

“Bats have a relatively simple, energetically inexpensive sensor that allows them to do anything that people who build these systems can dream of,” Müller says. “Autonomous vehicles have come along quite nicely in terms of their flying and swimming capabilities, but they still don’t have sensors that allow them to venture into and interact well with a natural environment.”

Animation of noseleaf and ear motions in Hipposideros, a diverse genera of bats. (Video by Phat Ngyuen and Thomas Tucker, Virginia Tech School of Visual Arts)

So Müller set about building a little robotic bat head that could reproduce that ability. His research took him deeper and deeper into understanding how bats change the shape of their ears and noses to use sonar for hunting and navigation. His work included several field expeditions to capture live bats for study. After many nights of no bats yet ample mosquito bites, it dawned on Müller that he didn’t need to subject himself to such torture.

“You can go to a museum and see a large portion of biodiversity represented, lying there in a drawer already,” he says. “That’s when I came to appreciate the work of Smithsonian scientists who over 130 years have collected bats from all over the world.” 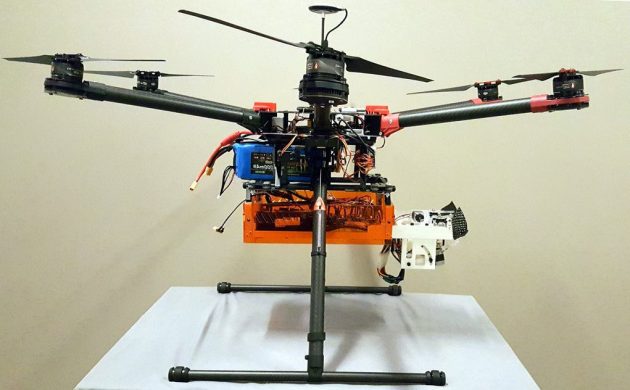 Müller included bat-like structures on a sensing system he is testing as part of an autonomous sonar drone.

Biologically inspired, or bioinspired engineering, has been around for a while– think Velcro (from plant burrs) and airplanes (the Wright brothers’ wing-warping theory was inspired by birds.) Today, though, the field is taking off, with a dozen or so U.S.-based research centers, including Müller’s at Virginia Tech’s Center for Bioinspired Science and Technology, working to apply biological design principles to industrial, medical, energy and other engineering challenges.

Often however, the species chosen as a researcher’s subject are somewhat random, or restricted to a limited number of species or specimens. This limits potential engineering possibilities.

“Nature shows us you can take one principle and adapt it for infinite ways,” Müller says. “Look at the beetle, for example. In engineering, we’re not so good at that [adapting]—you build something with a certain set of specifications for one customer, but the cycle starts over for the next customer.”

Beginning in 2007, Müller began to make molds—using elastic dental impression material—of the ears and noses of several species of preserved bats he found in the National Museum of Natural History collection. Müller’s mold-making doesn’t damage the specimens and yields great detail, but the process is painstaking and time-consuming. 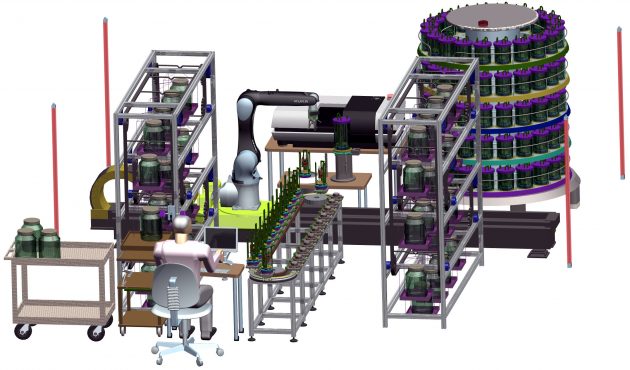 This schematic demonstrates one proposed setup for a high-speed 3D scanning system of biological specimens.

A much more hands-off technique could speed the process of converting physical specimens into a form useful for other researchers and engineers, Müller says. He envisions gigabytes of engineering data available for download in the form of 3D-scanned noses, beaks, feet, wings and skeletons. He recently worked with a team of museum specialists to develop an early concept for a system to scan biological specimens into 3D.

Much of the Smithsonian’s rapid-capture digitization efforts center around high resolution photography of two-dimensional objects, such as the 270,000 items from the National Numismatics Collection imaged last year, or the more than 500,000 botany specimens that were photographed by the end of 2015.

Three dimensional scanning efforts are slower and more customized, as each object—like the skeleton of the Smithsonian’s giant T. rex or the interior of the Apollo 11 command capsule—requires the on-site presence of a scanning team. Including the many smaller, more detailed museum specimens would also mean developing a faster system of scanning. 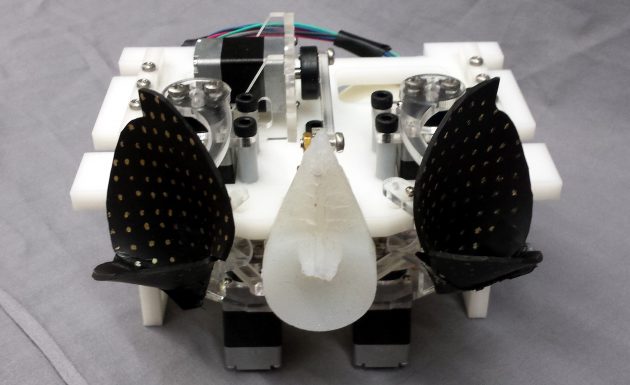 Mounted on a drone, Müller’s robotic sonar head can autonomously collect information from an environment using a bat-inspired acoustics mechanism.

“It’s definitely high on our priority list,” says Vincent Rossi, senior 3D officer in the Smithsonian Digitization Program. “My goal is to figure out ways to 3D scan collection objects faster and bring down that cost, so we can transition from scanning big, iconic projects and adapt the scanning and measurement tools for other parts of the collections.”

Virginia Tech engineering grad student Anupam Gupta’s and School of Visual Arts faculty member Dane Webster’s entry for the “Gallery of Acoustics” at the 2016 San Francisco Meeting of the Acoustical Society of America.

One concern is to ensure that all data generated is saved in a format that will be accessible to researchers in the future, Rossi adds, as well as figuring out a way that sensitive specimens can be handled safely. “Robotic arms can do stuff to cars on the assembly line with no problem, but doing that to a natural history specimen is totally different,” Rossi says.

There has been some headway on developing a concept and even some prototype scanning setups, Müller says. One recent workshop at the Natural History Museum hosted 80 participants to discuss the goals and challenges of digitizing collections to help advance technological innovation.

“Where once biology was a qualitative science, it’s now become more quantitative, producing more data than you can deal with,” Müller says. “Engineering and biology are now overlapping a lot, and that produces opportunities that weren’t there before.”