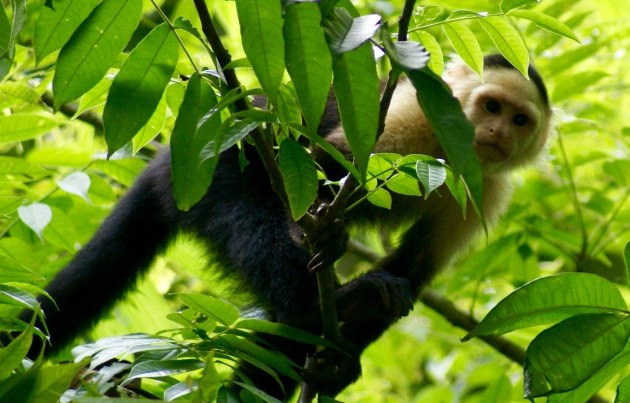 Seven fossil teeth exposed by the Panama Canal expansion project are the first evidence of a monkey on the North American continent before the Isthmus of Panama connected it to South America 3.5 million years ago. A team including Carlos Jaramillo, staff scientist at the Smithsonian Tropical Research Institute (STRI), published this discovery online in the journal Nature. They named the new monkey species Panamacebus transitus in honor of Panama and the monkey’s movement across the ancient seaway that divided North and South America.

The 21 million-year-old teeth were found in the Las Cascadas Formation during a five-year intensive fossil salvage project by field crews from STRI, the University of Florida and the New Mexico Museum of Natural History and Science. Most of the mammal groups represented in the Las Cascadas formation have North American origins, despite the fact that South America is much closer, supporting the idea that Central America and western Panama represented a long peninsula extending south from North America. 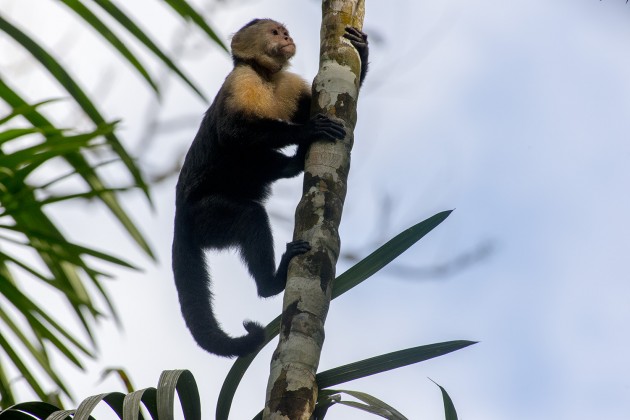 During the salvage project, researchers rushed in behind engineers as they dynamited the steep canal banks. The researchers collected exposed fossils and described each location before heavy rains and fast-growing vegetation obscured evidence of the dramatic tectonic events that lifted the land bridge out of the sea to connect North and South America.

“I asked my boss for a million dollars to dig a hole in the ground,” Jaramillo said. “Then the Panamanian people voted for the Panama Canal Authority to spend $5.6 billion dollars to expand the Canal and unlocked a treasure trove for us, containing this new monkey species and many other fossils.”

“We suggest that Panamacebus was related to the capuchin (also known as “organ-grinder” monkeys) and squirrel monkeys that are found in Central and South America today,” said Jonathan Bloch, curator of vertebrate paleontology at the Florida Museum of Natural History on the University of Florida campus and lead author on the study. “Prior to this discovery, New World monkeys were thought to have evolved in isolation on South America, cut off from North America by a wide seaway.”

Before the monkey teeth were discovered, the oldest evidence of movement of a mammal from South to North America are 8.5–9 million-year-old fossil remains of giant sloths. The authors of this report suggest two explanations: 1) that mammals from South America were more adapted to life in the South American-derived forests still found in Panama and Costa Rica than to other forest types characteristic of Northern Central America or 2) that the lack of exposed fossil deposits throughout Central America means that evidence of these dispersals has yet to be revealed.

The U.S. National Science Foundation contributed $3.8 million as part of the Panama Partnership for International Research and Education led by researchers from the Florida Museum of Natural History. As the expansion nears its completion, the tally of fossils identified so far includes bats, horses, squirrels, small camelids, crocodiles, turtles and ferocious bear dogs. The new, wider third lane of the Panama Canal will open for business June 26.