Miniature camels and horses, a rhinoceros and a giant bear-dog are among fossils unearthed in the recent excavations of the Panama Canal expansion project. These findings shed light on events millions of years ago that altered the Earth’s climate and dramatically changed the geographic distribution of plants and animals.

On Friday, 26 Apr., scientists from the Smithsonian in Panama including Carlos Jaramillo, staff scientist and Bruce McFadden, visiting scientist and curator of vertebrate paleontology at the University of Florida, and officials from the Panama Canal Authority including Engineer Ilya Marotta, Vice President of Engineering and Administration of Programs, gathered to celebrate the major accomplishments of an initial 5-year partnership that resulted in:

“This is a win-win situation for both institutions and for the people of Panama,” said Elena Lombardo, from the Institute’s Office of External Affairs. “Just as the Panama Canal contributes to the world as a vital waterway for commerce, ongoing research in Panama contributes to the world’s understanding of geological history and the evolution of the plant and animal diversity in the American tropics.”

One of the most important results was the project’s contribution to training the next generation of scientists. The international division of the U.S. National Science Foundation granted an additional $4 million to researchers from the Smithsonian and the University of Florida to continue the project. 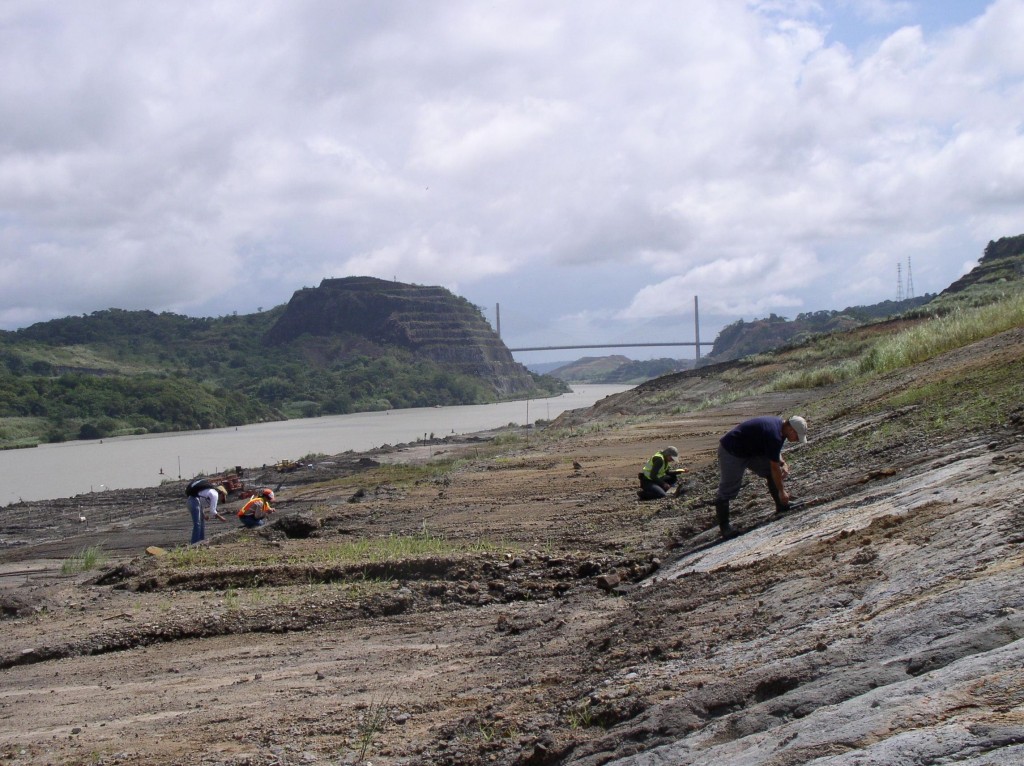 Following blasting to expand the Panama Canal, geologists and paleontologists organized by the Smithsonian Tropical Research Institute rush in to map, describe and recover any fossils they can find that might reveal more about the prehistoric ecology of Panama.

“These two projects, along with support from Panama’s national office of science and technology, SENACYT, have led to undergraduate and graduate-level training for students here and in the U.S.,” said Oris Sanjur, STRI’s Associate Director for Science Administration. “Panamanian doctoral student Catalina Pimiento organized the first paleobiology video telecourse for Panamanian students. The project also led to the first major in geology at the University of Panama, the first geology class at the Universidad Tecnológica de Panamá and major collaborations with the Universidad Nacional de Chiriquí, in western Panama.”

When the Panama Canal was built, enough rock was removed to bury Manhattan under 12 feet of rubble: 200 million cubic meters of earth. Now the slender waterway connecting the Pacific and the Caribbean is being widened to let through more and bigger ships, moving another 152 million cubic meters. This created the opportunity of a lifetime for geologists and paleontologists to understand Earth-changing events. 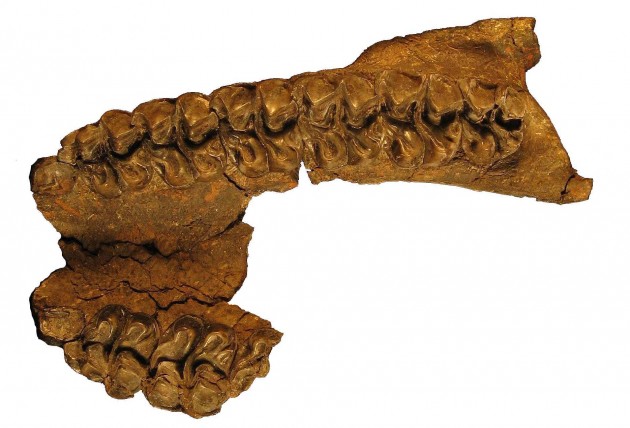 This fossil from a three-toed browsing horse, Anchitherium clarencei, found in the Panama Canal earthworks, is now in the collection of the University of Florida. (Photo courtesy Aldo Rincon)

More than 100 years ago, the scientific collaboration between Panama and the Smithsonian began when scientists conducted the Panama Biological Survey, basically an environmental impact statement for the construction of the Canal. From a storehouse full of fossil samples still to be processed and geological data to be analyzed, expect announcements of new findings about Panama’s unique geological and biological history for many years to come.