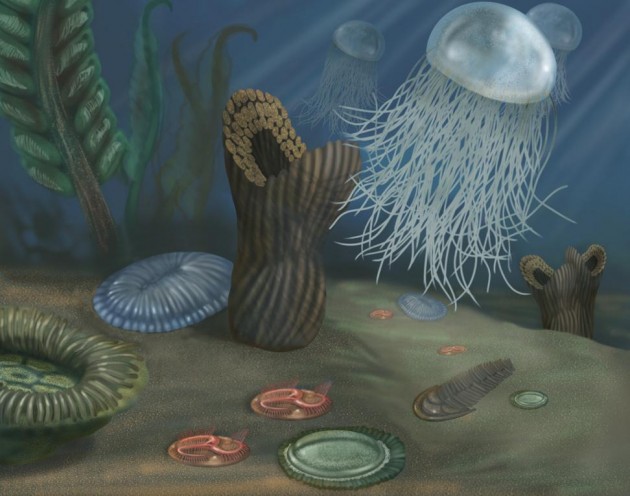 Earth’s first multicellular creatures had soft bodies. This illustration shows a community of Ediacaran biota, some of which resemble living ocean creatures. Others are unlike any known organisms and cannot be classified. (Illustration by Smithsonian Institution)

Contrary to popular imagery, massive volcanic eruptions or an asteroid impact may not have been the cause of the world’s first mass extinction. Rather, some scientists believe, it came about through non-violent and perfectly normal ecological events.

First appearing as far back as 580 million years ago, multicellular creatures called Ediacaran biota lived out their lives attached to gunky mats of microbes and algae that covered the bottoms of the shallow oceans. They most likely ate by absorbing nutrients directly through their outer membranes. For millennia, they were hugely abundant and bewilderingly diverse, yet the fossil record reveals they began to become scarce around 543 million years ago.

Simon Darroch, a recent Peter Buck fellow at the Smithsonian’s National Museum of Natural History and currently a faculty member with the Department of Earth and Environmental Sciences at Vanderbilt University, wanted to know more about the decline of these odd organisms. They diminished without any obvious planet-wide cataclysm, and understanding how they died might shed light on how they came to be so prolific. 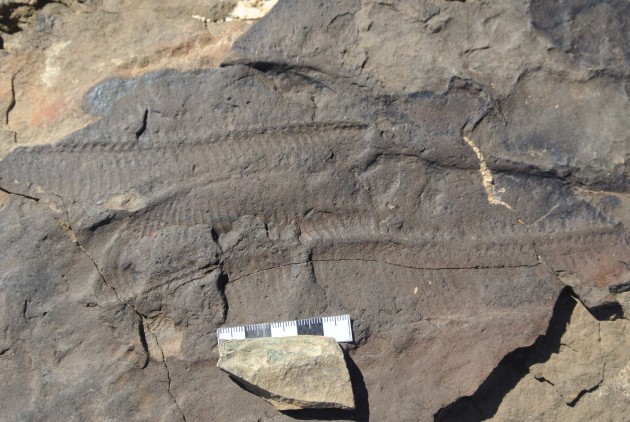 Many Ediacaran species resemble familiar modern plants, such as this fossil with a frond-like structure from Namibia. (Photo by Sarah Tweedt, Smithsonian Institution)

Ediacarans “potentially hold the key to understanding a lot about the evolution of complex life,” Darroch says. “They exist in this critical interval where there is a massive revolution in how the world looks and operates. Normally with extinct species, you have a modern descendant to help explain things, but with Ediacarans, we are operating without a roadmap. We have to look at the larger context.”

Little is known about how Ediacarans lived, ate, reproduced or died, and scientists still aren’t sure if they were plants, animals, both or neither. Though many of their fossils appear strikingly plant-like, with lush, fat fern-like fronds, just as many are reminiscent of sponges and jellyfish. 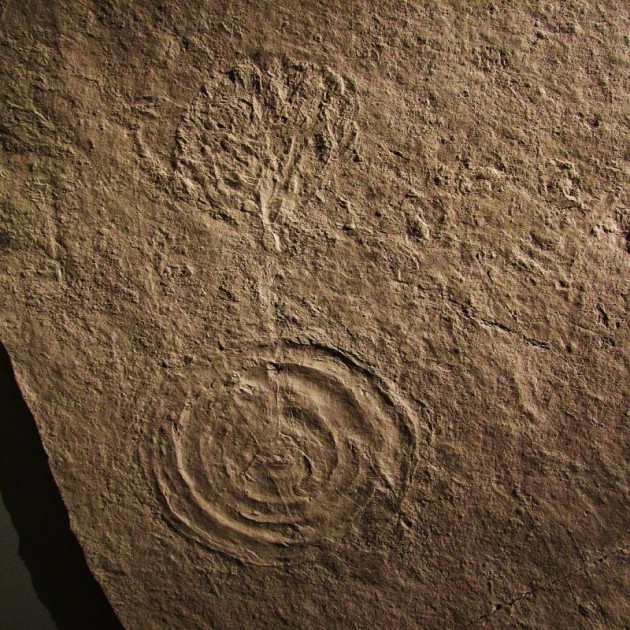 An Ediacaran fossil on display in the New Walk Museum in Leicester, England. This fossils shows a plant-like upper portion and a lower circular holdfast, which is thought to have functioned as an anchor to hold the creature in place on the algal mats covering the ancient sea floor. (Photo by Tina Negus/Flickr)

Darroch and his team, which included Smithsonian colleagues Douglas Erwin, Sarah Tweedt and Marc Laflamme, suspected that habitat destruction from a different source lead the Ediacarans’ decline. They compared late Ediacaran fossils in Namibia, Africa with older groupings in Siberia and Australia, and found that diversity in the more recent groups was extremely diminished. Up to two-thirds of Ediacaran’s diversity had disappeared.

Ruling out other environmental factors including ocean salinity, oxygen deprivation, temperature extremes and sea level changes, Darroch found a critical clue in the same rock layers as the stressed Ediacaran populations: evidence of burrowing animals that lived in the seafloor mud. Their burrows were not present in the older fossil layers but increasingly abundant in later layers, prompting researchers to think that perhaps whatever created the burrows had played a role in disrupting the previously dominant sea life.

As the mysterious worm-like creatures excavated beneath the algal mats, Ediacarans began to disappear. Darroch theorizes that perhaps this disruptive digging had multiple effects: by dislodging the gunky mats, the oceans’ waters might have become murkier, making it more difficult for Ediacarans to absorb nutrients. Or perhaps the ongoing stress of being uprooted from their mats and set adrift was enough to cause persistent decline over time. 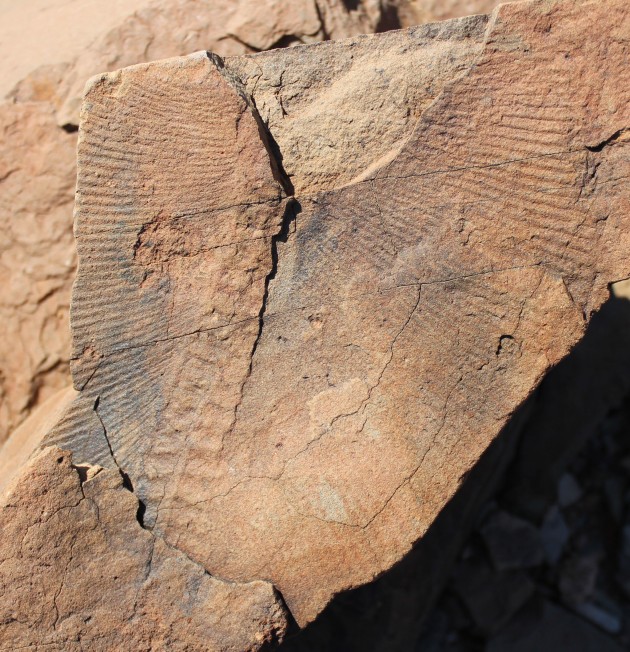 In all likelihood, a whole series of effects compounded to make life inhospitable for the Ediacaran biota. Darroch’s work is possibly the first concrete evidence of extinction-level ecosystem engineering: habitat modification or destruction by one or more organisms that affects how other species can co-exist.

“It’s a powerful example of how the evolution of new behaviors drove whole branches of complex life extinct,” Darroch says. “What causes extinctions to happen is rapid environmental change, and when change occurs faster than things can adapt, that sets off ecological collapse.” 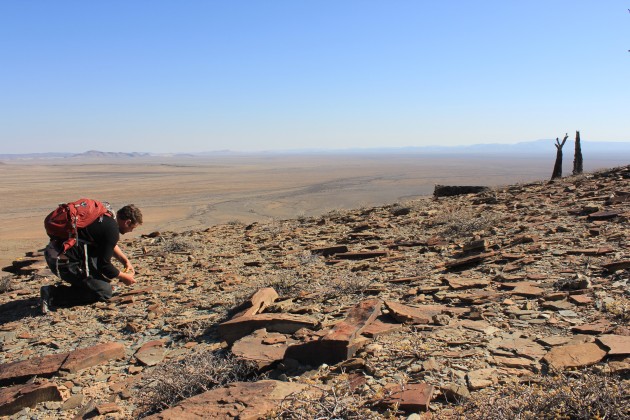 Darroch’s research pokes a hole in the idea that external events are the only triggers for rapid, dramatic changes in the species composition on Earth. He said the Ediacaran collapse, if truly caused by ecosystem changes brought on by other animals, draws parallels to processes in action today.

“Human beings are powerful ecosystem engineers,” Darroch adds. “We are very much changing our environment, with ocean chemistry, oxygen content and changes in food-web structure. It is little surprising that we’ve created as many stressed ecosystems as we have.”