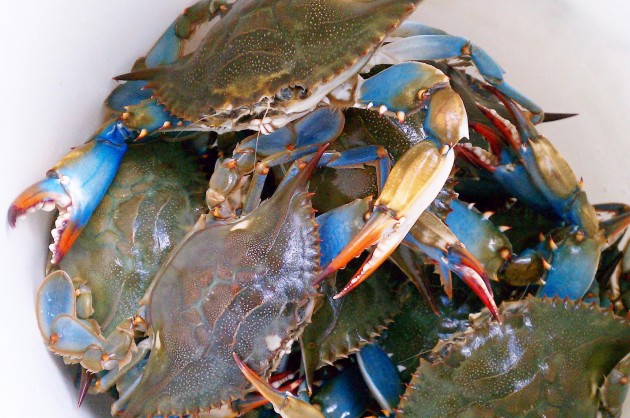 Because so very few crab shells have been recovered in archaeological digs in the midAtlantic, anthropologists and others have long assumed that crabs were eaten rarely, if at all, by Native Americans or colonists there.

Now a comprehensive review of 93 archaeological sites across the Chesapeake Bay dating back to 1,200 B.C. has turned up evidence showing quite the opposite.

“I don’t feel confident saying crabs were consistently a dietary staple for Native Americans, but they are found in so many different sites across so many different time periods that we know Native Americans and the colonists were clearly eating them,” says Torben Rick, an anthropologist at the Smithsonian’s National Museum of Natural History. Rick was lead author of a recent paper on the subject in Journal of Archaeological Science. 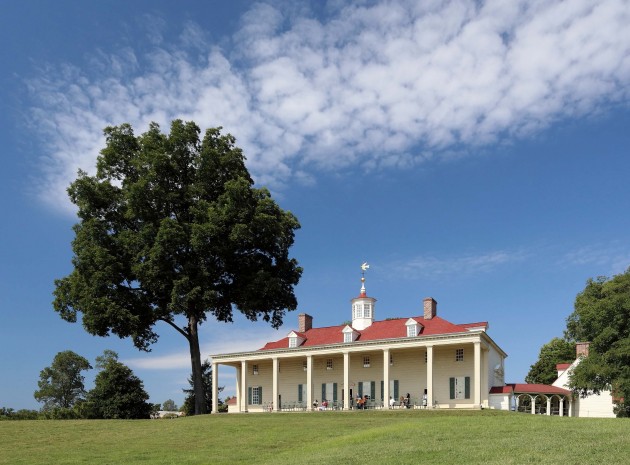 George Washington himself may have dined on blue crabs. Blue crab remains have been found in a wide variety of archaeological sites, including at Washington’s Mount Vernon Estate. (Wikipedia image by Martin Falbisoner)

The researchers found little mention in archaeological studies of the remains of blue crabs in the Chesapeake region, says Matt Ogburn, a crab ecologist at the Smithsonian Environmental Research Center and co-author of the paper.

“Initially, when we began reviewing Chesapeake sites, we thought we might find 100 or, if lucky, 200 pieces of crab remains and claws to work with. But it turned out there is a lot more out there than we expected,” Ogburn says. 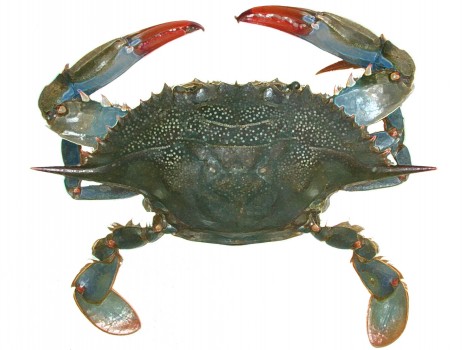 As the paper reveals, by looking into museums and other repositories “we identified and evaluated more than 900 crab remains collected from archaeological sites,” Ogburn adds. The findings ran counter to “the widely held hypothesis that people in the past did not eat crabs,” the scientists say.

“Blue crabs were an important food source for Native Americans, Euro American colonists, and African Americans,” Rick, Ogburn and their co-authors write in their paper. “They are found at a wide variety of site types, including George Washington’s Mount Vernon Estate, a series of plantations and manors in Maryland, a 17th century Native American site, and a 19th-20th century African American domestic site (Sukeek’s Cabin). These crab remains range in age from the early 17th century to the 20th century, suggesting continuous consumption of crabs from prehistoric times and across all major cultural or ethnic groups (Native American, Euro American, African American).”

Why hasn’t previous research found evidence of crabs? The answer is in the shells.  “The blue crab carapace is so fragile and friable that it just doesn’t preserve that well over time,” Rick says.  The shell pieces have often gone unrecognized during archaeological digs. 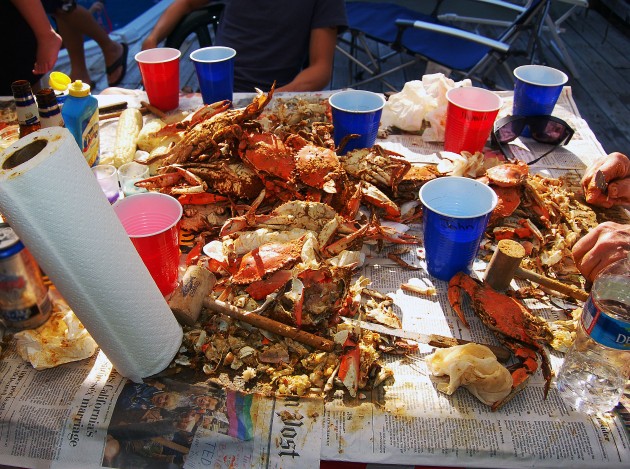 After bring eaten blue crab shells are susceptible to being scattered by scavengers, dissolved and etched by acidic soil, and fragmented into tiny pieces during decomposition and burial. Because they break into such tiny pieces anthropologists and others have long assumed that crabs were eaten rarely, if at all, by Native Americans or colonists in the Chesapeake Bay area. (Flicker photo by Barbara Clemens)

In this new study, Rick and the other scientists conducted experiments with crab remains showing just how susceptible blue crab shells are to being scattered by scavengers, dissolved and etched by acidic soil, and fragmented into tiny pieces during decomposition and burial. Because the shells break into such tiny pieces, archaeologists needed special tiny gauge screens to recover the fragments.

By measuring the excavated the crab parts–primarily pieces of claws and shell parts–the researchers determined that large crabs were more common in the archaeological collections compared to crabs caught in the Chesapeake today.

“Large crabs overall seem to have been quite a bit more common in prehistoric times than they are today,” Rick says. “That’s what we would expect, but it is good to have scientific confirmation that today’s smaller crabs are in part the result of an intensive fishery that removes large crabs from the population.”