Scientists at the Smithsonian Conservation Biology Institute in Front Royal, Va., are celebrating the anniversary of the first birth of a Przewalski’s horse by artificial insemination. The filly’s first birthday marks a milestone in efforts by the team, lead by reproductive physiologist Budhan Pukazhenthi, to develop genetic techniques to aid in managing this species, which is extinct in the wild.

Przewalski’s horses are an entirely different species from the domestic horse and are truly wild, having never been domesticated by humans. Captive breeding and conservation work in Asia, Europe and North America have successfully replenished the captive population.

As with many captive breeding programs, genetics drive breeding decisions. With hundreds of horses living around the world, often two genetically compatible breeding partners will be living in different facilities, sometimes on different continents. Artificial insemination would help scientists solve the problems of distance and cost in trying to breed individuals from around the world to obtain genetically diverse offspring.

The birth of the filly on July 26, 2013 marks the first success along the long road of perfecting artificial insemination techniques for this species. 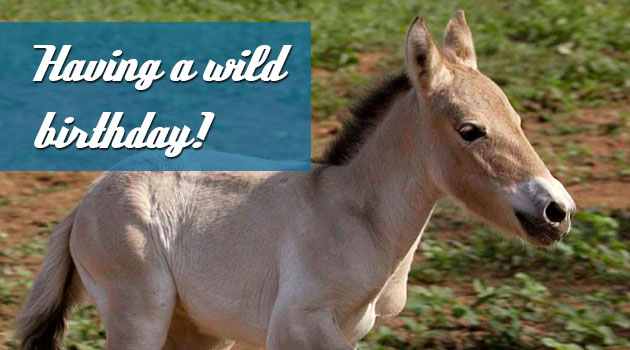