It was an exciting and busy 24 hours at the National Zoo’s Conservation and Research Center in Front Royal, Va., last week as three births took place just hours apart. On the evening of July 9, a clouded leopard cub was born, followed by a Przewalski’s horse foal and a red panda cub. 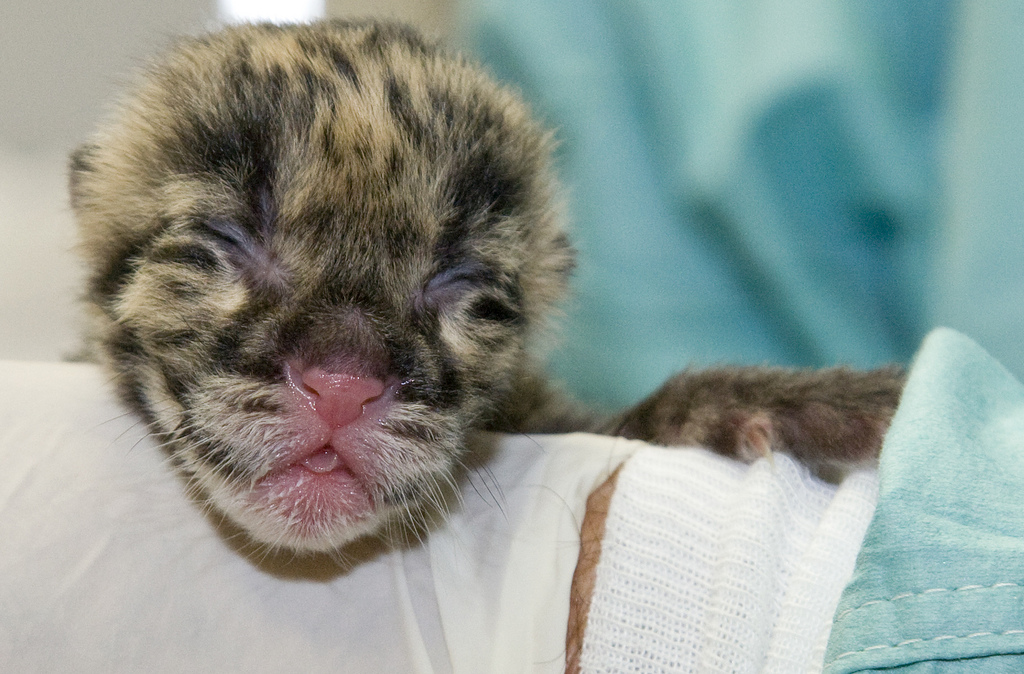 Jao Chu (JOW-chew), a 3-year-old endangered clouded leopard, gave birth to a female cub at 5:30 p.m. Staff had been on a pregnancy watch for several days. Mother and cub are doing well.

As with the first litter, the newest cub also will be hand-reared by experienced Zoo staff to help with socialization and to reduce the risk of infant mortality. This genetically valuable cub will increase the gene diversity of the North American Clouded Leopard Species Survival Plan.

In addition, keepers closely watched female Przewalski’s horse Brandy for the past several weeks as they realized a birth was imminent. The foal was seen nursing soon after birth, which indicates the mother and offspring are bonding well.

Przewalski’s horses are extinct in the wild—only a few hundred reintroduced animals live in protected areas in their native China and Mongolia. The National Zoo is at the forefront of Przewalski’s horse conservation, which includes detailed reproductive studies of the herd at CRC, leading the North American Species Survival Plan and using GIS technology to study their movements in the wild. 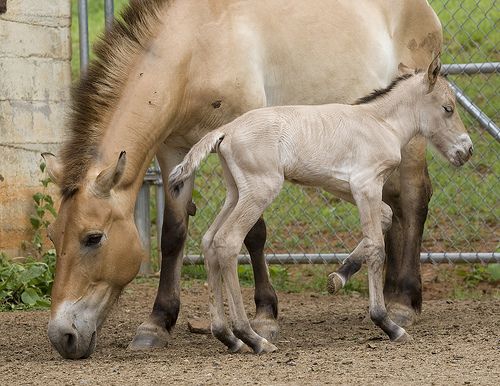 Photo: Brandy, a Przewalski’s horse, with her new foal. (Photos by Mehgan Murphy)

A red panda cub, born to Panya, was found in her nest box by keepers early Friday morning. This marks the fifth red panda birth at CRC within the last three weeks. The newest red panda cub is being reared by its mother and doing well but is also closely monitored by staff. Keepers may have to intervene and hand-rear the cub as Panya, an older red panda, has had trouble producing enough milk in the past.

Red pandas, indigenous to China, are endangered because of habitat loss. There are believed to be fewer than 2,500 left in the wild.

The newborns will not be on exhibit at CRC. However, visitors may get an up-close look at clouded leopards, red pandas and Przewalski’s horses at the Smithsonian’s National Zoo in Washington, D.C.