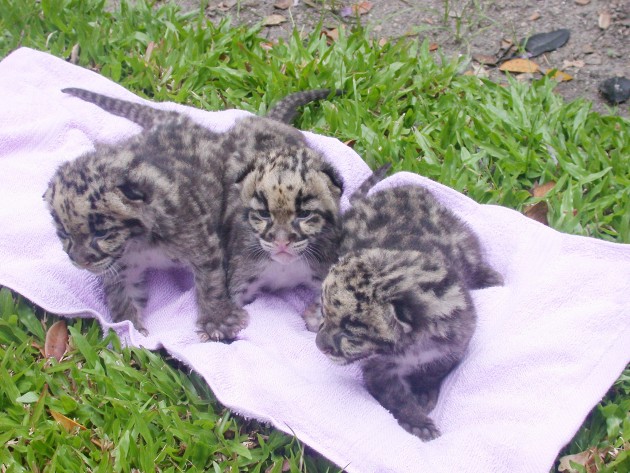 These clouded leopard cubs were born recently as a result of the highly successful work of the breeding program of the Thailand Clouded Leopard Consortium at the Khao Khew Open Zoo near Bangkok, Thailand.

The clouded leopard, a native of Southeast Asia, is among the most charismatic, secretive and least understood cat species in the world. In 2002, the Thailand Clouded Leopard Consortium was created to learn more about this species and create a self-sustaining captive population.

Janine Brown, reproductive physiologist and head of the Endocrinology Laboratory at the Smithsonian Conservation Biology Institute (part of the National Zoological Park), talked with Smithsonian Science News about the consortium and how it has helped the clouded leopard.

Q: What prompted the formation of the consortium and what are its goals?

Brown: A little more than a decade ago, the clouded leopard population in North American zoos was in crisis. With fewer than 75 animals only a handful were reproducing. As a result, the population was aging and in decline.

Clouded leopards (Neofelis nebulosi) are hard to breed in zoos due to severe male aggression, non-compatible mates and high cub mortality. The males’ hostile behavior is often so extreme that they kill the females, frequently without warning or provocation. Zoos became wary of initiating introductions, and aggressive males were exempted from breeding programs.

The consortium was formed in 2002 to develop a clouded leopard breeding and research program at the Khao Kheow Open Zoo in Chonburi, Thailand. U.S. consortium members include the Zoological Parks Organization, the Smithsonian’s National Zoological Park, the Nashville Zoo, Point Defiance Zoo & Aquarium and the Clouded Leopard Species Survival Plan.

The Zoological Parks Organization’s interest in forming an international consortium, combined with the Smithsonian’s long history of collaboration in Thailand, made Thailand the ideal site for such a program. There are now more than 30 clouded leopards in the consortium’s successful breeding program. 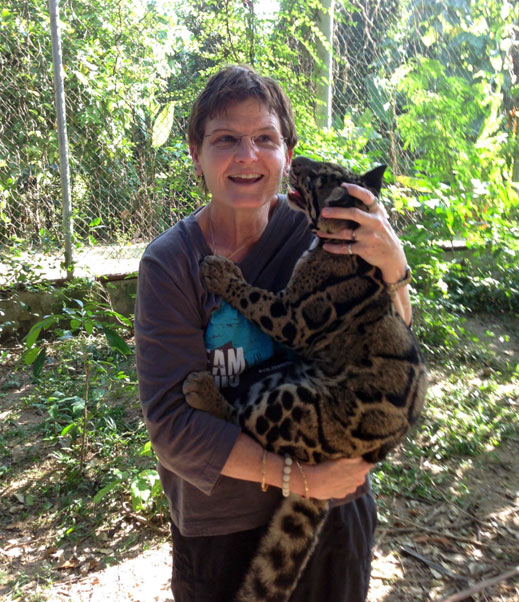 Janine Brown holding a clouded leopard cub. Human interaction is an important part of young clouded leopards’ socialization that helps them remain calm around humans their whole lives, which improves their health, welfare, and ability to reproduce successfully in captivity.

Q: What are the benefits of working with partners?

Brown: A critical factor in the project’s success is having an on-site project manager from the consortium who oversees training of Thai assistants to assist in hand-rearing cubs and caring for the adult cats. Thai keepers look after the cats on a daily basis and learn the importance of enrichment for good animal welfare.

A new memorandum of understanding was signed in 2014, ensuring the continued partnership among the consortium institutions. 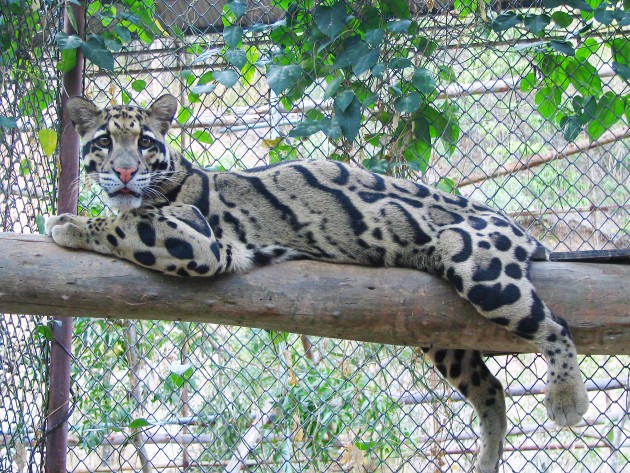 An adult clouded leopard in the Khao Kheow Open Zoo in Thailand.

Q: Why is the clouded leopard important?

Brown: Conserving the clouded leopard is critical to long-term biodiversity and ecosystem stability. Though its secretive nature makes it difficult to gather information on its population status in the wild, most experts agree that the clouded leopard is in decline throughout its historic range in Southeast Asia. Clouded leopards are listed as ‘Vulnerable’ by the International Union for Conservation of Nature.

Ex situ populations are important ‘insurance’ for such an elusive and threatened species. Such populations can be used to understand species biology, develop technologies applicable to the field, produce offspring while retaining gene diversity, and be a resource for possible reintroduction into the wild.

Q: What have been the challenges and successes of the program?

Brown: Health and reproduction of clouded leopards in captivity historically was compromised due to poor husbandry, unhealthy diets and inadequate enclosures. Poor reproductive performance, in particular, was attributed to imbalanced diet and the stress associated with inappropriate housing. 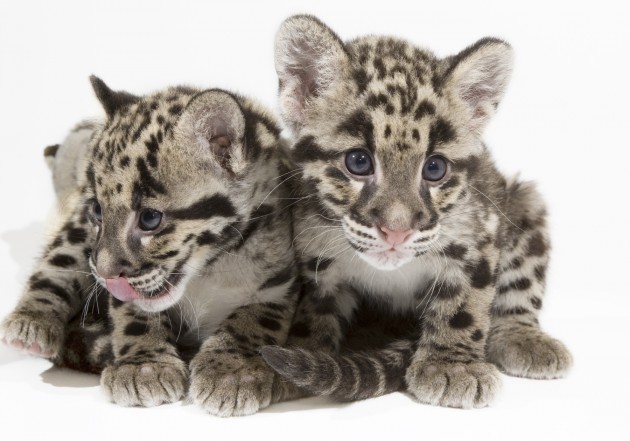 Research conducted at North American zoos also determined that small enclosures, lack of hiding spaces, exposure to zoo visitors and proximity to large predators caused high stress hormone levels. Chronic increases in stress hormones are associated with poor reproductive performance in many species and have been linked to aggressive and lethal attacks by male clouded leopards.

These changes in basic husbandry and a new strategy for pairing animals have been extremely successful in producing calm, breeding pairs of clouded leopards. From 2002 to 2015, the births of more than 55 clouded leopard cubs in Thailand have demonstrated that changes in husbandry, nutrition and management have solved many of the challenges preventing reproduction.

Poachers at large in Thailand’s nature reserves despite ranger outposts