A clouded leopard at the Smithsonian’s National Zoo’s campus in Front Royal, Va., gave birth to a genetically valuable litter of two cubs on Valentine’s Day—Sunday, Feb. 14. Staff had been on a pregnancy watch focused on the 3 1/2-year-old clouded leopard Jao Chu (JOW-chew) for four days. Jao Chu gave birth to the first cub at 6:04 p.m. and the second cub at 6:20 p.m. At birth, the cubs weighed a little more than a half pound each. 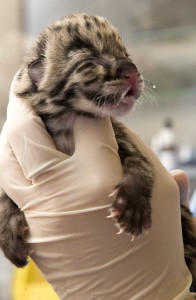 The breeding of clouded leopards has been a challenge, primarily due to male aggression, decreased mating activity between paired animals and high cub mortality. In 2002, the National Zoo, in collaboration with the Nashville Zoo, Point Defiance Zoo, the Clouded Leopard Species Survival Plan and the Zoological Park Organization of Thailand created the Thailand Clouded Leopard Consortium—the largest population of confiscated clouded leopards in Southeast Asia. The Clouded Leopard SSP oversees clouded leopard populations in zoos worldwide and makes breeding recommendations for potential pairs based on the genetics of each cat. Since the cubs born in the Thailand breeding program are only one or two generations removed from the wild, their genes are especially valuable.

Due to deforestation and hunting, clouded leopards are listed as “vulnerable to extinction.” National Zoo scientist Dr. JoGayle Howard and colleagues have been working with clouded leopards at the Front Royal campus since 1978, with the goal of creating a genetically diverse population. In the past 30 years, more than 76 clouded leopards have been born here. 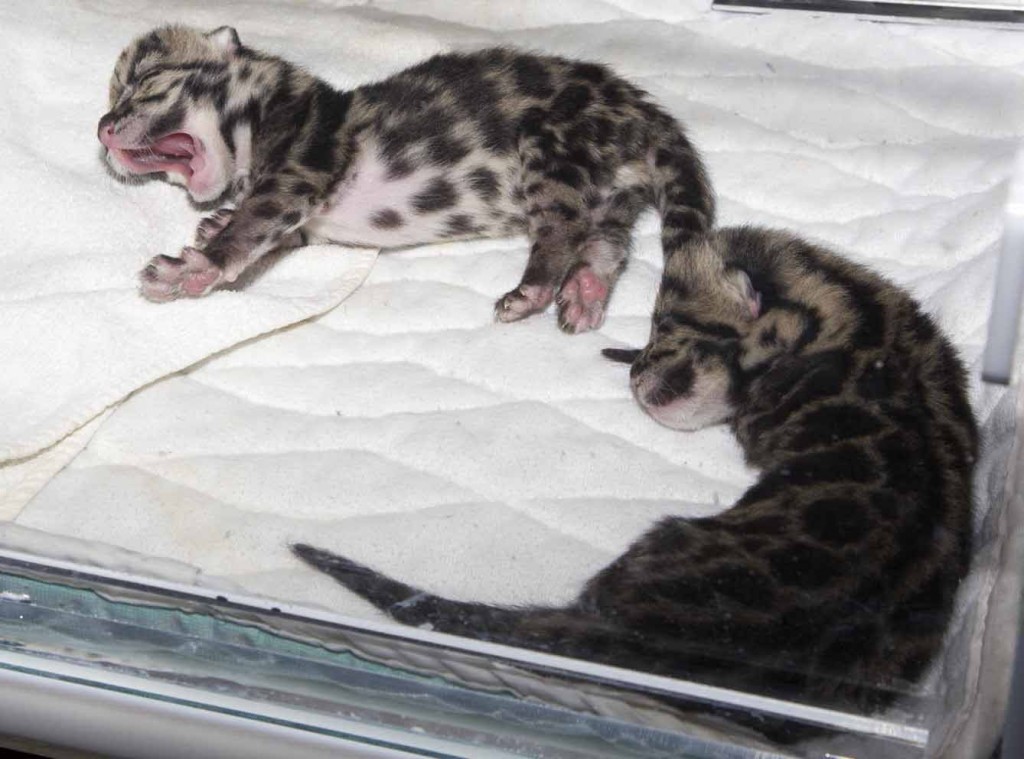 Little is known about clouded leopards. They are native to Southeast Asia and parts of China in a habitat that ranges from dense tropical evergreen forests to drier forests.

As adults, clouded leopards weigh between 30 and 50 pounds and measure about five feet in length. Their short legs, large paws and long tail (which accounts for half their length) help them balance on small branches, and their flexible ankles allow them to run down trees head first.

The clouded leopards at the Front Royal campus need a new home. They currently live in a facility that was built in 1911. In 2009, the National Zoo kicked off a campaign to raise $2 million to build a facility that will include indoor homes with adjacent arboreal habitats. The habitats for each breeding pair will include a climate-controlled and quiet indoor area attached to two 20-foot-tall towers furnished with climbing structures that will simulate their natural forest environment. For more information about the campaign, visit the Zoo’s Web site.

View the cubs on the Zoo’s clouded leopard webcam: http://nationalzoo.si.edu/Animals/AsiaTrail/CloudedLeopard/cam.cfm