Mei Xiang (may-SHONG), the National Zoo’s female giant panda, gave birth to a cub Sunday, Sept. 16, at 10:46 p.m. National Zoo staff can hear the cub but have not yet seen it as Mei Xiang has built a substantial nest in her den. This is the second cub born to Mei Xiang and male panda Tian Tian (tee-YEN tee-YEN) as the result of artificial insemination. The chances of Mei Xiang conceiving a cub after five consecutive pseudopregnancies since 2007 was estimated to be less than 10 percent. 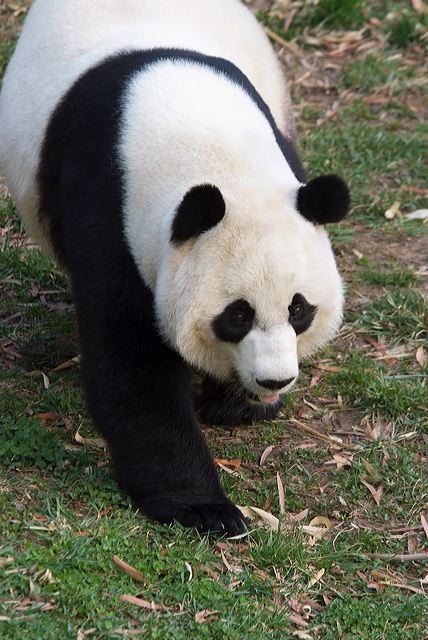 The female panda has been spending almost all her time in her den so keepers and volunteers have monitored her 24 hours a day via panda cams inside the David M. Rubenstein Family Giant Panda Habitat. Keepers began preparing for a birth after they observed Mei Xiang spending extended periods of time body licking and cradling toys.

Veterinarians will perform the first physical exam in a few weeks after Mei Xiang and the cub have had time to bond. The new mother will most likely not come out of her den, eat or drink for at least a week. 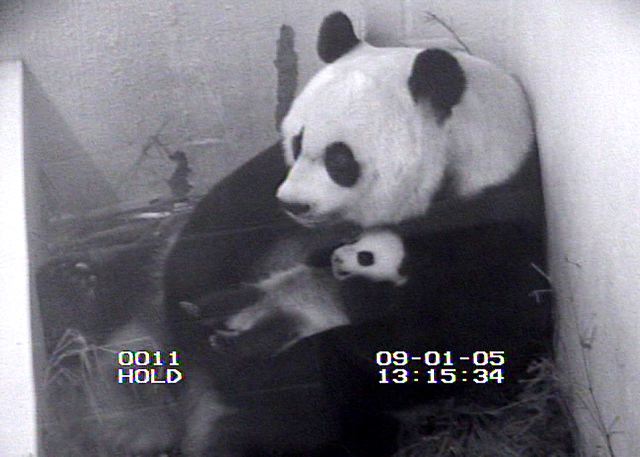 “We are thrilled that Mei Xiang has had a successful pregnancy since the birth of her cub Tai Shan (tie-SHON) in 2005,” said Dennis Kelly, director at the Smithsonian’s National Zoo. “I’m cautiously optimistic as we haven’t seen the cub yet, but we know that Mei is a good mother. Like everyone else, I’m glued to the panda cam for my first glimpse of the cub!”

Mei Xiang was artificially inseminated twice in April with sperm collected and frozen from Tian Tian in 2005. Dr. Li Desheng from the China Conservation and Research Center for the Giant Panda in Wolong performed the inseminations alongside a team of reproductive physiologists and veterinarians from the National Zoo. Zoo scientists were able to confirm Aug. 20 that Mei Xiang’s levels of urinary progesterone, a hormone associated with pregnancy and pseudopregnancy, were rising. That rise indicated it would be about 40 to 50 days until Mei Xiang gave birth to a cub or experienced the end of a pseudopregnancy. During that time veterinarians performed ultrasounds on Mei Xiang when she would cooperate for them. They also saw more pronounced behaviors associated with both pregnancy and pseudopregnancy. She spent more and more time exhibiting those behaviors until she gave birth.

The conclusion of this breeding season marks the end of a two-year collaborative study on giant panda breeding between Smithsonian Conservation Biology Institute scientists and Chinese scientists. They will continue to study cub behavior based on Mei Xiang’s behavior with her cub. The cub will stay with Mei Xiang for approximately the next four years. Viewers can watch Mei Xiang and perhaps the cub at Giant Panda Cams. The panda cams are being replaced with high-definition digital cameras as a result of a donation from the Ford Motor Company Fund.

Mei Xiang gave birth to her first cub, Tai Shan, July 9, 2005. Tai Shan is now at the China Conservation and Research Center for the Giant Panda. Fourteen-year-old Mei Xiang and 15-year-old Tian Tian are at the National Zoo as part of the Giant Panda Cooperative Research and Breeding Agreement signed in 2011 by Chinese and Zoo officials. The agreement extends the Zoo’s giant panda program through the end of 2015.