Scientists at the Smithsonian Conservation Biology Institute are celebrating the birth of a female Przewalski’s (Cha-VAL-skee) horse—the first to be born via artificial insemination. The foal’s birth July 27 signals a huge breakthrough for the survival of this species. SCBI Reproductive Physiologist Budhan Pukazhenthi and the Przewalski’s horse husbandry team spent seven years working closely with experts at The Wilds and Auburn University in Alabama to perfect the technique of assisted breeding. Both the filly and the first-time mother, Anne, are in good health and bonding. 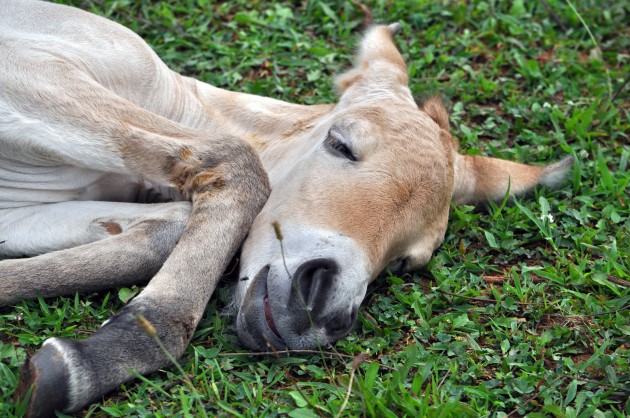 “It seems reasonable to assume that reproduction for the Przewalski’s horse would be similar to domestic horses, but it simply isn’t the case,” said Pukazhenthi. “After all these years of persevering, I can honestly say I was elated to receive the call informing me that the foal had been born. I couldn’t wait to see her! This is a major accomplishment, and we hope our success will stimulate more interest in studying and conserving endangered equids around the world.”

Anne was born at SCBI and is the daughter of a mare imported from Europe and the most genetically valuable stallion in the U.S. The filly’s father, Agi, also lives at SCBI. The Przewalski’s horse is considered the last wild horse on the planet, although it is often mistaken for a breed of domestic horse, the Norwegian Fjord. Little is known about wild equids despite the extensive knowledge of domestic horses, Equus caballus. 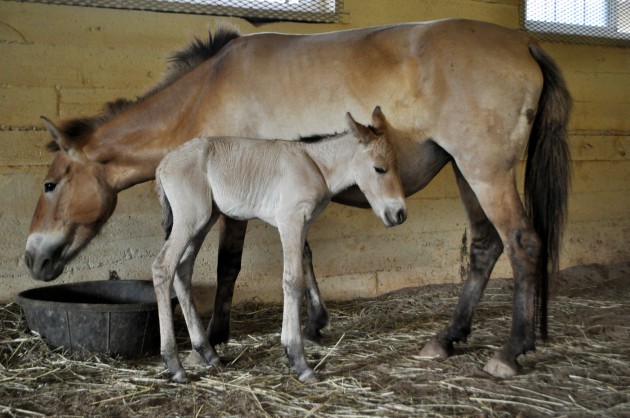 Anne, a Przewalski’s horse, is a first time mother to the filly born July 27 by artificial insemination at the Smithsonian Conservation Biology Institute. The pair are in good health and bonding.

The usefulness of artificial insemination is that it does not require both animals to be together for a successful mating. The transport of animals to different locations can be difficult, dangerous, costly and potentially stressful to the individual. By contrast, the collection of semen can be safely accomplished under the supervision of veterinary staff and significantly improves the efficiency of managing small populations of endangered species. The birth of Anne and Agi’s filly required hormonal treatments for inducing ovulation in a mare, specialized animal-handling facilities, conditioning Anne to provide urine samples for hormone monitoring and routine ultrasounds. This accomplishment validates the importance of integrating animal management in the research and development of assisted reproductive technologies for endangered species. 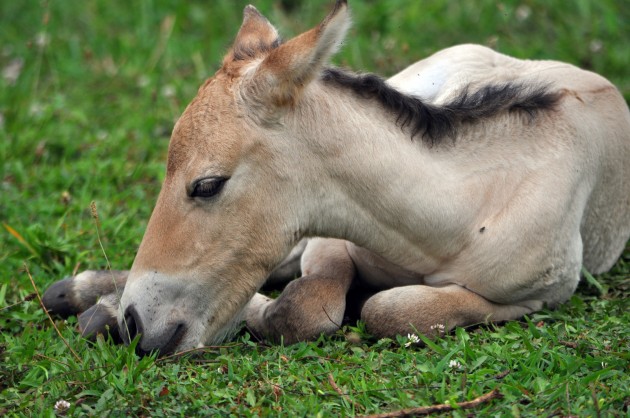 “Anne is a young, first-time mother,” said Dolores Reed, supervisory biologist at SCBI. “She had a normal pregnancy that lasted 340 days, and the foaling lasted less than 10 minutes. I’ve raised a lot of foals and other hoofed stock over the years, but this filly feels like an extra-special triumph for us and her species.”

This work is part of SCBI’s, The Wilds’s and Auburn University’s collaboration with the Conservation Centers for Species Survival, a group of large conservation facilities in North America dedicated to cooperative breeding and research for the advancement of species conservation. Established in 2005, C2S2 applies its unique resources for the survival of species with special needs, especially those requiring large living areas, natural group sizes, minimal public disturbance and scientific research. SCBI and The Wilds are members of C2S2, along with Fossil Rim Wildlife Center, White Oak Conservation, San Diego Zoo Global and Omaha’s Henry Doorly Zoo.

In 2008, veterinarians at the Zoo, in cooperation with a human fertility expert from St. Louis, performed the first successful vasectomy reversal on a Przewalski’s horse. This was the first procedure of its kind to be performed on an endangered equid species. SCBI scientists were also the first to produce two Persian onager foals via artificial insemination, a landmark event since no other wild equid had been produced via artificial insemination to date.

The Przewalski’s horse is a species native to China and Mongolia that was declared extinct in the wild in 1969. Today, approximately 1,500 Przewalski’s horses reside at zoological institutions worldwide, carrying genes from only 14 original animals. Due to hunting, harsh climate, loss of habitat and loss of water sources, fewer than 500 of this species are left in the wild. Currently, most live in Mongolia, China and Kazakhstan. SCBI scientists are working in remote areas of China using radio collars and Geographic Information System technology to map the movements of these horses, which were reintroduced by Chinese colleagues into their former habitat. Committed to preserving this species and equid research in general, SCBI works to maintain breeding populations that serve as a source of animals for reintroduction.