Matthew C. Larsen, associate director for climate and land-use change at the U.S. Geological Survey, has been appointed the Director of the Smithsonian Tropical Research Institute, effective Aug. 11. 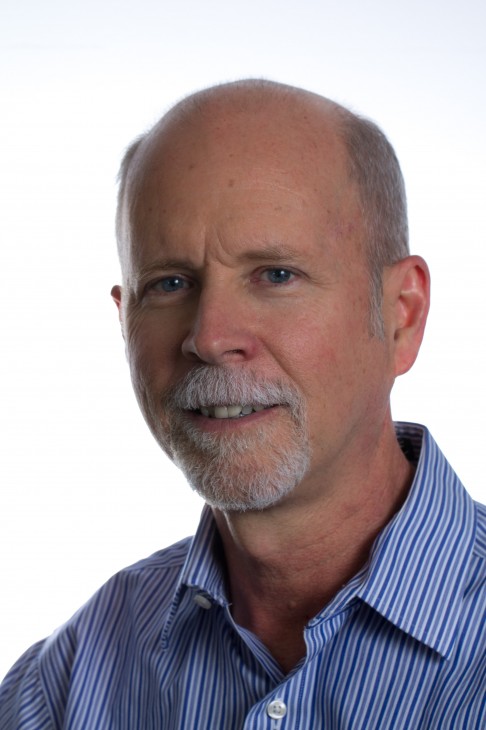 Larsen is responsible for USGS climate-change research, adaptation and mitigation programs as well as land-change science programs. He currently leads a team of 750 scientific and operational staff that conducts scientific research, habitat monitoring, remote sensing and environmental forecasting to address the effects of climate and land-use change on U.S. resources.

“Matt is a respected scientist and a talented and experienced leader who has demonstrated the ability to bring out the best in those working around him,” said Wayne Clough, Secretary of the Smithsonian. “His deep appreciation of the issues facing society and his commitment to public service make him the right choice to build on the Smithsonian Tropical Research Institute’s legacy of more than a century of biodiversity research and launch it into an exciting future.”

Larsen will oversee approximately 300 employees, an annual budget of $23 million and STRI’s research facilities throughout Panama and field sites in 14 countries in Africa, Asia and the Americas. In addition to its resident scientists, STRI’s facilities are used by some 1,400 visiting scientists and 800 pre- and postdoctoral fellows and interns from academic and research institutions around the world annually.

“Matt has extensive experience in climate-change scientific research and monitoring, long-term field work in Puerto Rico and Venezuela,” said John Kress, Smithsonian’s interim Under Secretary for Science. “He is a proven leader of large collaborative projects—an essential asset for directing scientific endeavors at STRI over the next decade. I look forward to working with him to build STRI’s capacity for high-quality science.”

Since 2010, Larsen has led a large team of scientific and operational staff in research to address improved understanding of climate change and land-use change. The scientific programs Larsen currently oversees at USGS are supported by annual congressional appropriations of approximately $160 million.

From 2008 to 2010, Larsen was the associate director for water at USGS, where he led water-resources research and federally funded programs to collect and disseminate information needed to understand the nation’s water resources. He was USGS’s chief scientist for hydrology from 2005 to 2008, and he was the staff assistant to the chief scientist for hydrology from 2003 to 2005. Larsen worked for more than a decade in Puerto Rico as a research hydrologist before becoming USGS’s Caribbean district chief in 2000 in Guaynabo, Puerto Rico, where he led water resource programs there and in the U.S. Virgin Islands.

“STRI is a world-class research entity that facilitates some of the top science in the humid tropics, a region whose unique natural resources are under tremendous developmental pressure,” Larsen said. “It will be a privilege and an honor to work with such dedicated and talented scientists and staff in support of this remarkable institution.”

Concurrent to his present role at USGS, Larsen has chaired the U.S. National Committee for the UNESCO International Hydrological Program since 2005. He has co-chaired the White House Council on Environmental Quality’s Interagency Climate Change Adaptation Task Force Water Resources Workgroup since 2009 and the Department of the Interior’s Advisory Committee on Climate Change and Natural Resource Science since 2011.

Larsen has a bachelor’s degree in geology from Antioch College in Yellow Springs, Ohio, and a doctorate in geography at the University of Colorado-Boulder.

William Wcislo, evolutionary biologist at STRI, will continue to serve as acting director until Larsen’s arrival in August.