A new study shows that the desert tortoise, thought to be a single species for the last 150 years, is in fact two separate and distinct species, based on DNA evidence and biological and geographical distinctions.

This genetic evidence confirms previous suspicions, based on life history analysis, that tortoises west and east of the Colorado River are two separate species. 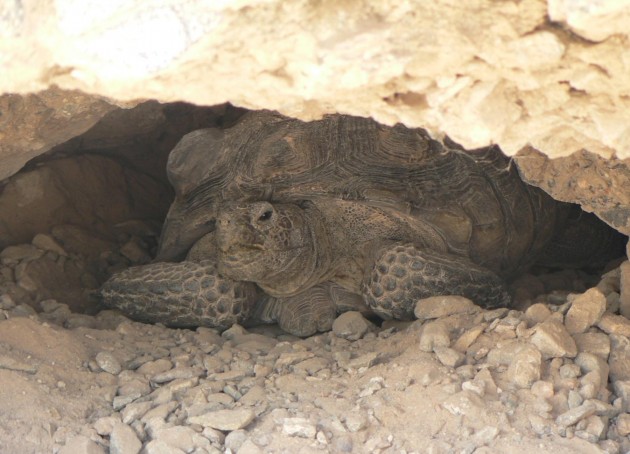 An Agassiz’s desert tortoise hides in a burrow; a radio transmitter is attached to its shell as part of a USGS study. (Photo by Steven Schwarzbach, USGS)

The newly recognized species has been named Morafka’s desert tortoise (Gopherus morafkai) and represents populations naturally found east and south of the Colorado River, from Arizona extending into Mexico.

The originally recognized species, the Agassiz’s desert tortoise (Gopherus agassizii) is listed as threatened under the federal Endangered Species Act. It represents populations naturally found west and north of the Colorado River in Utah, Nevada, northern Arizona and California.

The U.S. Fish and Wildlife Service (FWS), which manages the recovery of threatened and endangered species, had already been treating tortoises on each side of the Colorado River as distinct populations The genetic evidence simply backs up previous observations, such as differences in life history and reproductive strategies. 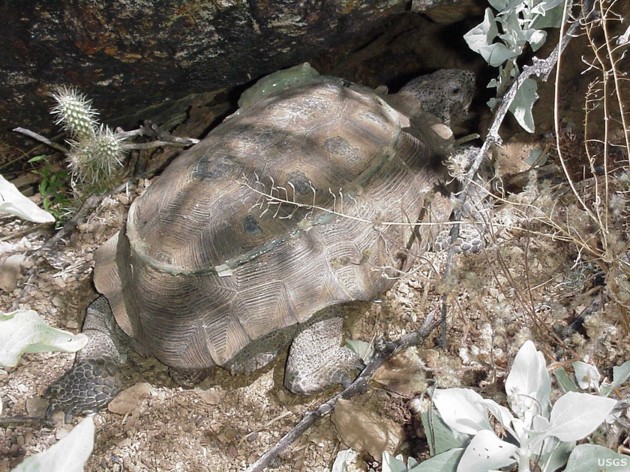 A Morafka’s desert tortoise in Saguaro National Park, with radio transmitter attached to its shell as part of a USGS study. (Photo by Jeff Lovich, USGS)

“The two species have different habitat preferences,” says Kristin Berry, a United States Geological Survey biologist who has studied desert tortoise biology for more than 40 years and is a coauthor on the study. “Morafka’s tortoise prefers to hide and burrow under rock crevices on steep, rocky hillsides, while the Agassiz’s tortoise prefers to dig burrows in valleys.”

Roy Averill-Murray, the desert tortoise recovery coordinator for the Fish and Wildlife Servicesaid, “The study’s finding that the Morafka’s desert tortoise is a new species confirms the Service’s decision to evaluate this population independently from the Agassiz’s desert tortoise, and will not change the status of either species under the Endangered Species Act or change existing recovery plans.” 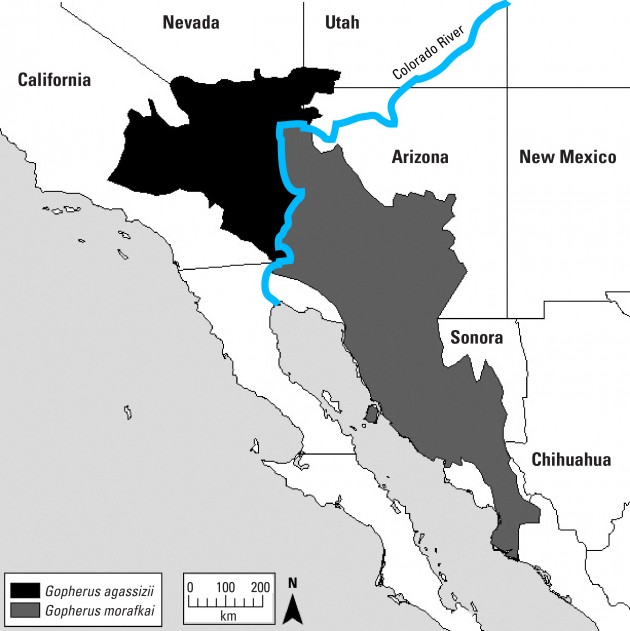 Distinguishing the two species required some historical detective work. Desert tortoises were first described in 1861 by Army physician, J.G. Cooper. But two of the original specimens were lost, possibly as a result of the San Francisco earthquake and fire of 1906. Fortunately, Cooper sent a third specimen to the Smithsonian. Carefully held in the collection of the Division of Reptiles at the Smithsonian’s National Museum of Natural History in Washington, D.C., DNA from this tortoise helped researchers in their analysis 150 years later.

The study is publishedin the journal ZooKeys. A detailed FAQ about the study on the Webpage of the USGS Western Ecological Center.–Source: United States Geological Survey