Hellbenders, aquatic salamanders from the eastern United States, are surprisingly good at dealing with unpredictable weather. In a recent study published in the Journal of Experimental Biology, researchers from the Smithsonian Conservation Biology Institute found that hellbenders can experience large changes in daily stream temperature (from 60 to 80 degrees Fahrenheit) without any ill effects. In fact, when scientists mimicked these natural temperature swings in the lab, hellbenders became more resistant to bacterial infection. 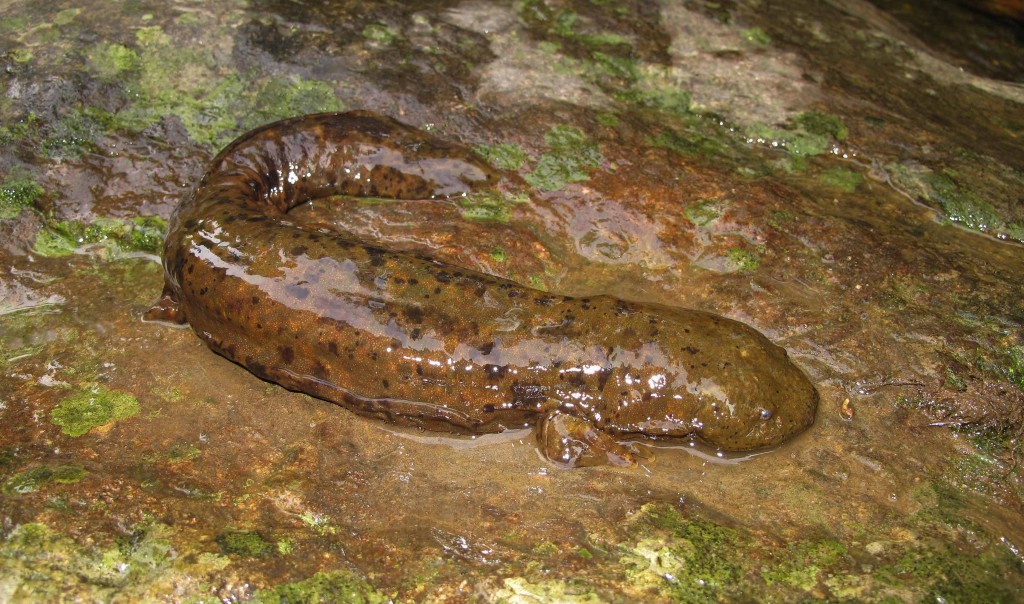 A hellbender captured and released during a survey of these animals conducted in June 2011 in southwest Virginia by the Smithsonian’s National Zoo. (Photo by J.D. Kleopfer, Virginia Department of Game and Inland Fisheries)

“Not only were these results surprising, they were the exact opposite of what we had expected,” said Kimberly Terrell, SCBI scientist and lead author of the study. “Clearly, we need to understand how amphibians are influenced by weather patterns in order to accurately predict whether these species can survive in a changing climate.”

Amphibians and other cold-blooded (ectothermic) species can experience rapid changes in body temperature driven by abrupt weather changes in the wild, but the effects of these temperature changes on amphibian health are largely unknown. Researchers exposed the hellbenders to realistic patterns of warming and cooling at the National Zoo’s Appalachian Salamander Lab, and measured their immune health, growth rates and behavioral responses.

The hellbenders exposed to rapid warming and cooling demonstrated normal patterns of growth and behavior, compared to a control group kept at a constant temperature. The rapid temperature changes improved immune health, boosting the hellbenders’ ability to fight harmful bacteria. Researchers believe this immune response may help salamanders survive in an unpredictable environment, and it highlights the need to consider natural weather patterns when predicting species’ susceptibility to climate change.