Striking Caribbean sunsets occur when particles in the air scatter incoming sunlight. But a particulate shadow over the sea may have effects underwater. A research team, including staff scientist Héctor Guzmán from the Smithsonian Tropical Research Institute, linked airborne particles caused by volcanic activity and air pollution to episodes of slow coral-reef growth. 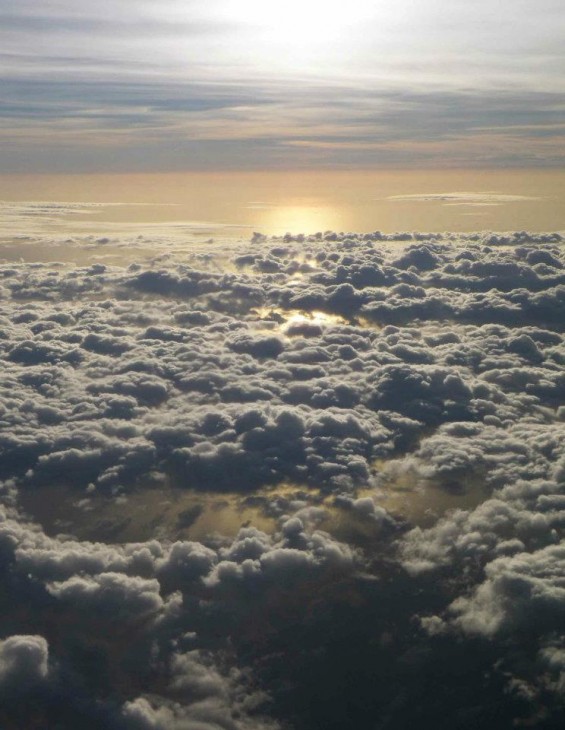 Sunset over the Caribbean. A key driver of reduced growth rates at some Caribbean reef locations is regional climate change due to volcanic and human source aerosol emissions, a new study suggests.

In order to better predict the effects of climate change and human disturbance on reefs, Lester Kwiatkowski, University of Exeter, and researchers from the University of Queensland, the Australian Nuclear Science and Technology Organization and STRI analyzed coral-growth records from Belize and Panama spanning the period from 1880 to 2000. An Earth-system model simulation told them how well sea-surface temperature, short-wave radiation and aragonite-saturation state, a measure of ocean acidification, predicted changes in coral growth.

Their data came from several coral cores drilled in reefs near the Atlantic entrance of the Panama Canal formed by the coral species Siderastrea siderea between 1880 and 1989, whereas samples from the Turneffe atoll in Belize showed growth fluctuations in the coral species Montastrea faveolata from 1905 to 1998.

Researchers explain a dive in surface temperatures and coral growth in the 1960s by increased air pollution associated with post-World War II industrial expansion in North America and to a lesser extent in Central and South America.

The influence of human aerosol emissions was more pronounced in coral cores from Belize, perhaps because Belize is closer to sources of industrial emissions. Fluctuations unexplained by the model, especially in the growth records from Panama, probably result from runoff from deforestation and from the construction of the Panama Canal waterway.

“The coral growth chronology for Panama allowed us to identify the effects of human interventions at the beginning of 1900s,” said Guzmán, “but the decline in growth observed by the middle of the 20th century corresponding to the beginnings of the industrial era in coastal Panama remained unresolved by the model.”

“Our study suggests that coral ecosystems are likely to be sensitive to not only future global atmospheric carbon dioxide concentration but also to regional aerosol emissions associated with industrialization and decarbonization,” said Kwiatkowski.