Katie Cramer is a MarineGEO Post-Doctoral Fellow and travels to Smithsonian Tropical Research Institute in Panama throughout the year to conduct research. Her recent paper in the Bulletin of Marine Science, “History of human occupation and environmental change in western and central Caribbean Panama,” gathers decades of research on human activity in Caribbean Panama, provides a historical context for the differing levels of coral reef degradation, and serves as a reference for scientists. Here, Cramer answers a few questions about her research for SmithsonianScience.org. 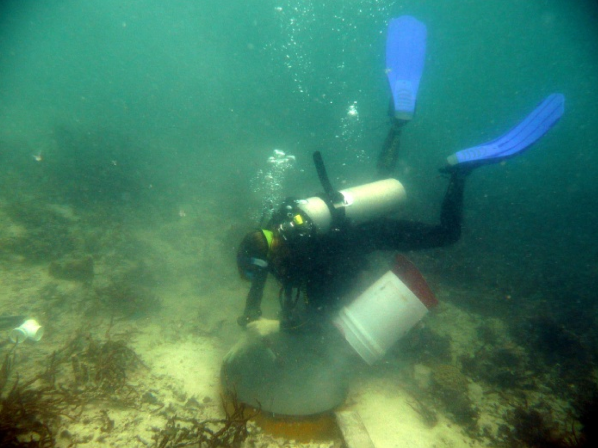 Q. What is the purpose of your research paper?

Cramer: For my doctoral work, I tracked historical changes in coral reef ecosystems by collecting fossils from pits excavated underneath modern reefs along western and central Caribbean Panama. This paper was a logical follow-up to the main study. I wanted to better understand the antiquity of human-caused change on Caribbean coral reefs, and to provide context for the differing levels of reef degradation between these regions today.

Q. What kind of research did you conduct to write the paper?

Cramer: I scoured the scientific and historical literature to reconstruct a timeline of human impacts on the nearshore environment of Caribbean Panama, from pre-historical time to the present. I also searched various historical and archaeological sources as well as the records of the Census Department of the government of Panama to reconstruct human population densities from pre-European contact to present.

Q. What kind of problems is the Panamanian coast facing and what has caused these problems?

Cramer: Largely unrestricted fishing and coastal deforestation have significantly degraded the marine ecosystems along Panama’s Pacific and Caribbean coasts. On the Caribbean side, which contains the majority of Panama’s coral reefs, outbreaks of coral disease and coral bleaching have dramatically reduced the extent of corals over the past few decades. This constitutes a massive loss in habitat for millions of reef-associated species. Overfishing, land-based pollution, and climate change are often cited as culprits, but there is very little data about the state of reefs before the 1980s, when reef research really began in earnest. This is why we need historical and paleontological data about reefs – to sort out which human activities are most damaging. 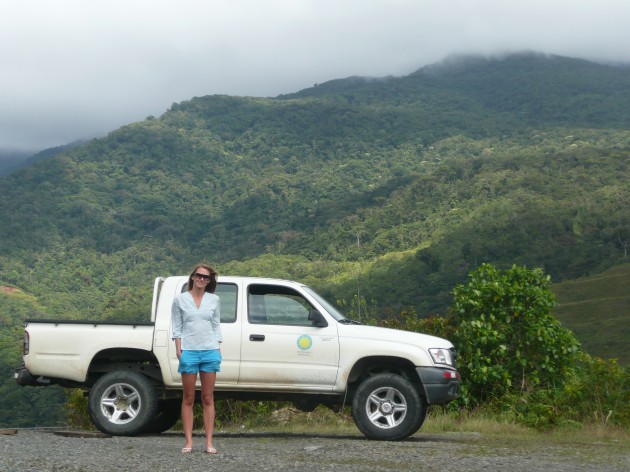 Q. How has global/climate change played a role in Panama’s history?

Cramer: There are lots of predictions about how climate change will impact coral reefs, and it appears that recent outbreaks of coral disease and bleaching are related to warming ocean temperatures from climate change. It is expected that these events will increase in frequency and magnitude, leading to continued coral decline. This is why it is so important to reduce fishing and pollution impacts to reefs.

Q. Going forward, how can we slow, stop or reverse these effects?

Cramer: Our best bet is to reduce the local stressors on reefs like fishing and land-based pollution, to provide reefs with their best chance of withstanding the negative impacts from impending climate change.

Q. If we do not take any action on the global/climate change effects, what will the Panamanian coast look like in 50 years? 100? 200?

Cramer: Many areas along the Caribbean coast of Panama are swampy and low-lying, so warming-related sea level rise will flood many coastal areas and make them uninhabitable. Warming sea surface temperatures will also result in increases in coral bleaching and disease, and the increasing acidity of ocean water from CO2 input may make it harder for corals and shelled organisms to survive. The end result of all this will be a decline in the extent of coral reef structures which buffer the impact of waves and high tides. So Panama’s coastlines will in turn be even more vulnerable to sea level rise.

Q. Did anything unexpected come up during your research?

Cramer: After going through all the historical and archaeological literature, I was taken aback by the incredible bounty of large species—turtles, manatees, monk seals, and sharks—that used to exist on Caribbean coral reefs but are now largely absent. After knowing what these reefs use to contain, they now feel eerily empty when I SCUBA dive on them.

Q. Do you have any words of wisdom for citizen scientists who want to get more involved in coastal ecosystem preservation?

Cramer: After realizing the true extent of Caribbean reef degradation I have become more aware of my personal contribution to declining reef health. Avoiding the consumption of reef fish species, reducing one’s carbon footprint, volunteering for coastal cleanup and restoration efforts, and showing support for elected officials and resource managers that protect coastal ecosystems are all great steps towards improving coastal ecosystem preservation.