The humble salamander may provide evidence to support a controversial claim that North and South America were joined together much earlier than previously thought. 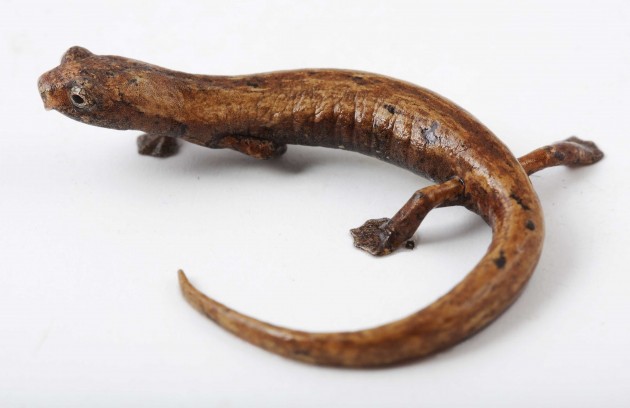 The two continents are generally believed to have been joined together around three million years ago by the formation of a land bridge–what is now Panama–that sealed up the sea channel between them.

However, a new study of salamanders in South America by a research team lead by Kathryn Elmer of the University of Glasgow, has found evidence that challenges these assumptions and supports a controversial claim by Carlos Jaramillo, a paleontologist at the Smithsonian Tropical Research Institute in Panama, that most of the Isthmus of Panama was formed around 23 million years ago.

The fusion of both land masses led to a two-way migration of animals called the ‘Great American Biotic Interchange’, where animals that had previously evolved separately moved between the two continents, increasing the biodiversity in both regions. 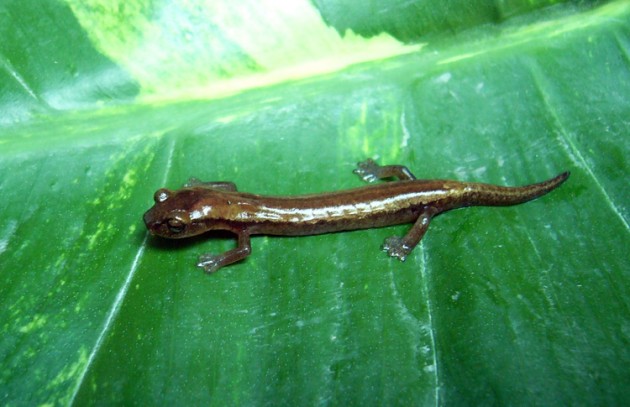 The relative dearth of species of salamander in South America–around 30–compared to Central America, where there are more than 300 species, is usually attributed to the relatively short time the tiny amphibians have had to make their way south down the Isthmus of Panama–a thin strip of land only 30 miles wide at its narrowest point.

However, using DNA analysis, Elmer found that salamanders in South America had much greater genetic divergence from their Central American cousins than should be expected if salamanders migrated across a three- million-year-old land bridge.

The evidence suggests salamanders colonized South America in the Early Miocene epoch, more than 20 million years ago, preceding the Great American Biotic Interchange by many millions of years. 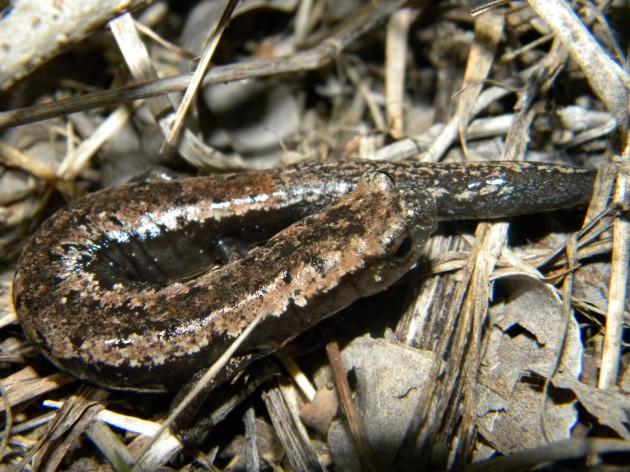 “Unlike the mountains and forests of nearby Central America, the biodiversity of salamanders in the Andes and Amazon is quite low. Why are there so few species of salamanders in South America?” Elmer says. “When we began this study, all the literature said the Panama land bridge was three to four million years old. We struggled because our genetic data for salamanders were totally incompatible with the established geology.

“Then in 2011, studies from geologists started challenging the age of the Isthmus, saying it must be much older. This was welcome news to the salamander evolutionary biologists.”

“This salamander study showcases that the Great American Biotic Interchange was a complex process and that migration rates vary greatly across different types of organisms,” says Carlos Jaramillo. “For instance, we see plants interchanging at much earlier ages than vertebrates. It is important to keep in mind, though, that a full and permanent closure of the isthmus happened at 3.5 million years ago, as earlier research by Smithsonian Tropical Research Institute scientists had demonstrated.  Our new research indicates, however, that most of the isthmus had been uplifted already by that time, and an earlier migration of terrestrial taxa was already happening.” 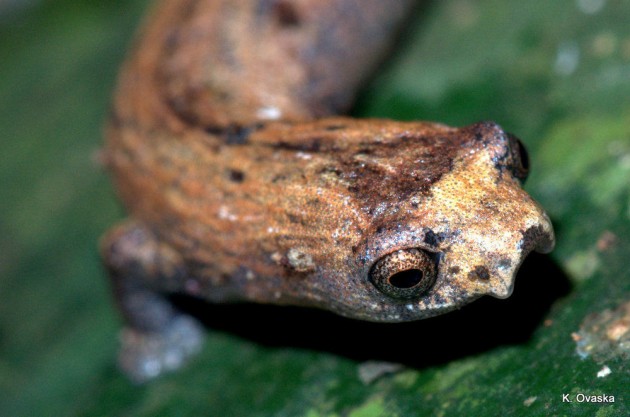 “In the early 1980s we obtained our first molecular data which showed that the South American group was quite differentiated and we went through some logical twists to explain this,” study co-author David Wake, Professor of Integrative Biology and Curator of Herpetology at the University of California at Berkeley says. “Thus the new data, which show that even within what once was considered a single species, divergence is sufficiently great that there must have been an earlier land connection, is bringing home the near certainty of a land connection earlier, and of course this is what some controversial evidence from geologists such as Jaramillo is suggesting as well.–Source: University of Glasgow and Carlos Jaramillo