Salamanders are typically elusive animals and adept at hiding, but National Zoo visitors will have a chance to see a variety of different amphibian species up close. The Reptile Discovery Center’s “Jewels of Appalachia” exhibit opened to the public last Saturday, Oct. 17. Visitors can peer into the underground world of salamanders and learn why the tiny creatures are critical to the Appalachian ecosystem—home to more salamander species than any other region on the planet—as well as what Smithsonian Conservation Biology Institute (SCBI) scientists are doing to save them. 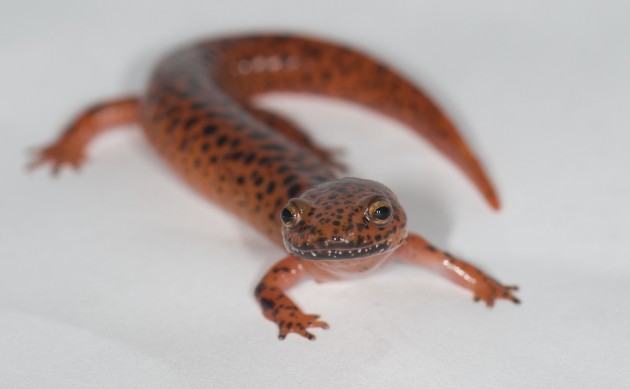 “We are in the midst of a worldwide decline of amphibians, so it is crucial for our visitors to understand the importance of these animals living in their backyards,” said Zoo Director Dennis Kelly. “As a leader in amphibian research, we’ve already made great strides in conserving these small but mighty creatures. We want visitors to appreciate that all humanity benefits by protecting salamanders and their ecosystems.”

“Jewels of the Appalachia” encourages visitors to learn about salamander biology—from feeding strategies, to defense behavior, to breeding—as well as how SCBI scientists from the Center for Species Survival are studying amphibian chytrid fungus, a deadly disease that threatens these and other amphibians worldwide. In the research lab, visitors can catch a behind-the-scenes look at the Zoo’s salamander research. Scientists are measuring the effects of warming temperatures and other environmental stressors on salamanders. In the exhibit, visitors can learn more about these studies and connect with the vast biodiversity native to the Appalachian region. 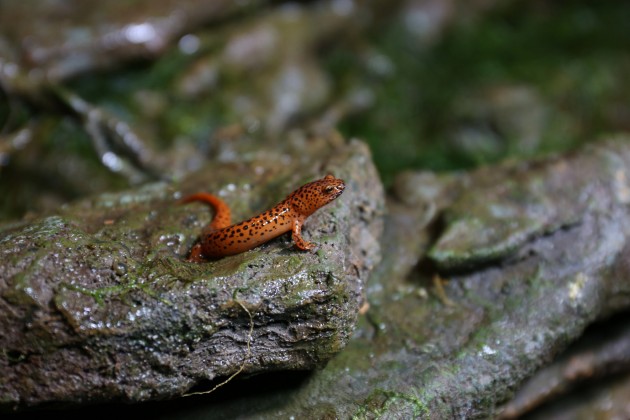 A red salamander in the new National Zoo exhibit. (Photo by Amy Enchelmeyer)

Like other amphibians, salamanders breathe through their skin, so they are especially susceptible to things like pollution. Scientists refer to them as biological indicators of environmental health. Essentially, the health of a salamander population in an area tells them about the health of the whole ecosystem.