After centuries of harvesting in Maryland, wild ginseng is becoming harder and harder to find. Today, a pound of North American wild ginseng roots (Panax quinquefolius) can bring as much as $1,000. Most of it ends up in China and Korea where it is regarded as a cure-all and is under heavy demand.

Once, digging ginseng roots in Maryland was a simple activity of searching out the plants in a deep wood and digging it up. Today it’s a little more complicated as rules implemented by the U.S. Department of Agriculture in 1979 regulate the harvest of this vulnerable species. Modern diggers must have a State ginseng collector’s permit and digging is legal only from September to December. Diggers may only remove plants 5 years old or older and they must keep records of how much ginseng they take, where it was found and to whom it is sold. In Maryland digging ginseng is legal only on private lands. 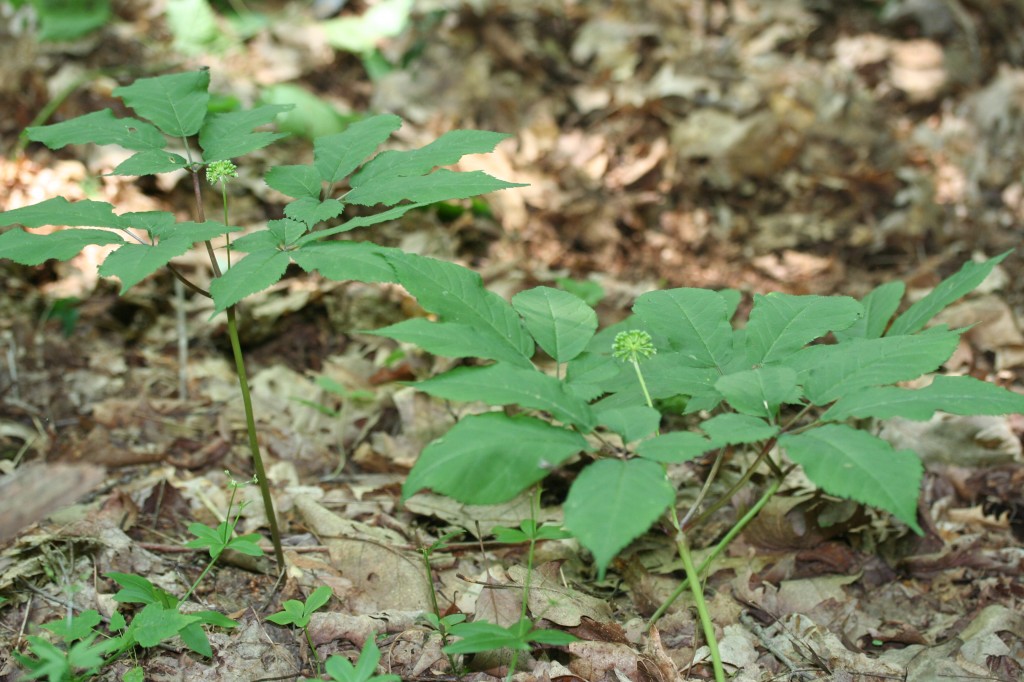 Despite these laws to protect it, wild ginseng in Maryland is on the decline says Dr. Christopher Puttock, a research associate in the Botany Department at the Smithsonian’s National Museum of Natural History in Washington, D.C. Puttock and a team of researchers recently conducted an extensive survey of wild ginseng in Maryland sponsored by the University of Maryland’s Arboretum and Botanical Garden. Here, Puttock answers a few questions about this survey for Smithsonianscience.org.

Q. How was this survey conducted?

A. We obtained information from experts on about 30 places in Maryland where in the last 30 years (historically) ginseng has been known to grow. We went back to 10 of those sites in Baltimore, Montgomery, Frederick, Washington, Allegany and Garrett counties to see how much ginseng we could find within a hectare at each site. Basically, it was like the search for a body. We had a team and we used string to mark out an area and then we walked through it methodically trying to find every ginseng plant we could. 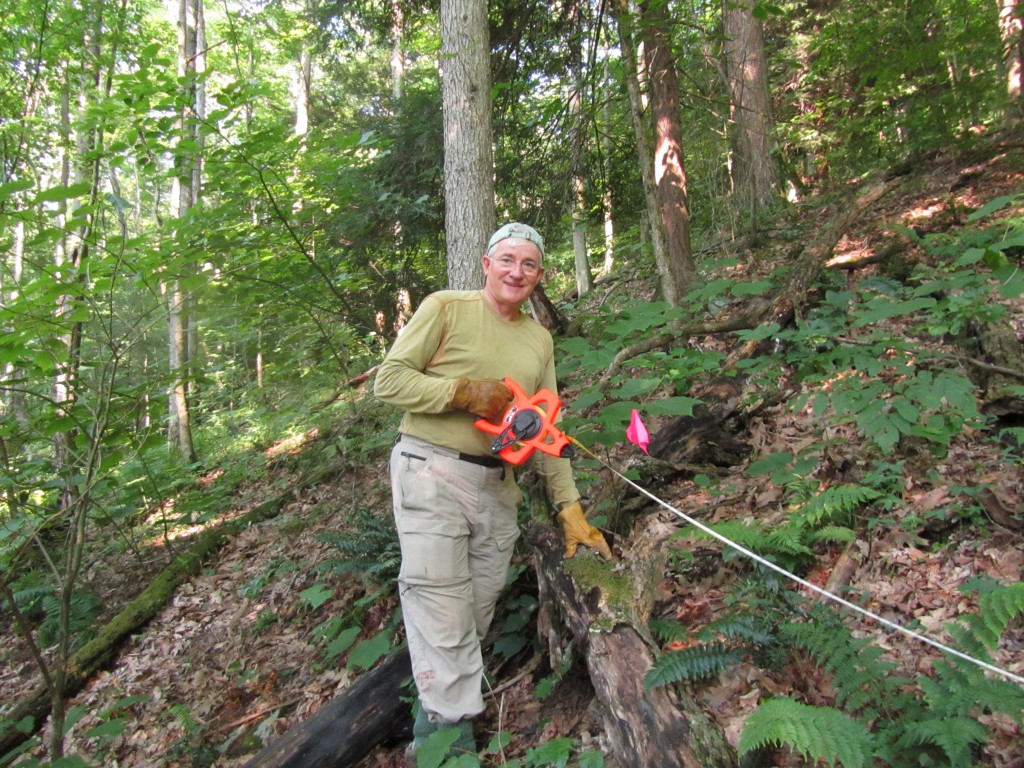 Q. What did you find?

A. We found no ginseng at all at the sites in Montgomery and Baltimore counties. Even in the best hectares we looked at in other counties we could only find about 84 plants and the majority of those plants were immature. Whereas back in the last century populations of ginseng plants were in the thousands, we were finding only individual plants. Ginseng is slow growing and long-lived and will naturally exceed 20 to 30 years  if left untouched. It is the older ginseng plants that produce the most seeds. The sites we surveyed were clearly being closely monitored by ginseng diggers. Just as soon as a plant reaches 5 years old someone harvests them. We found mostly juvenile plants with hardly any reproductive-age plants at all. 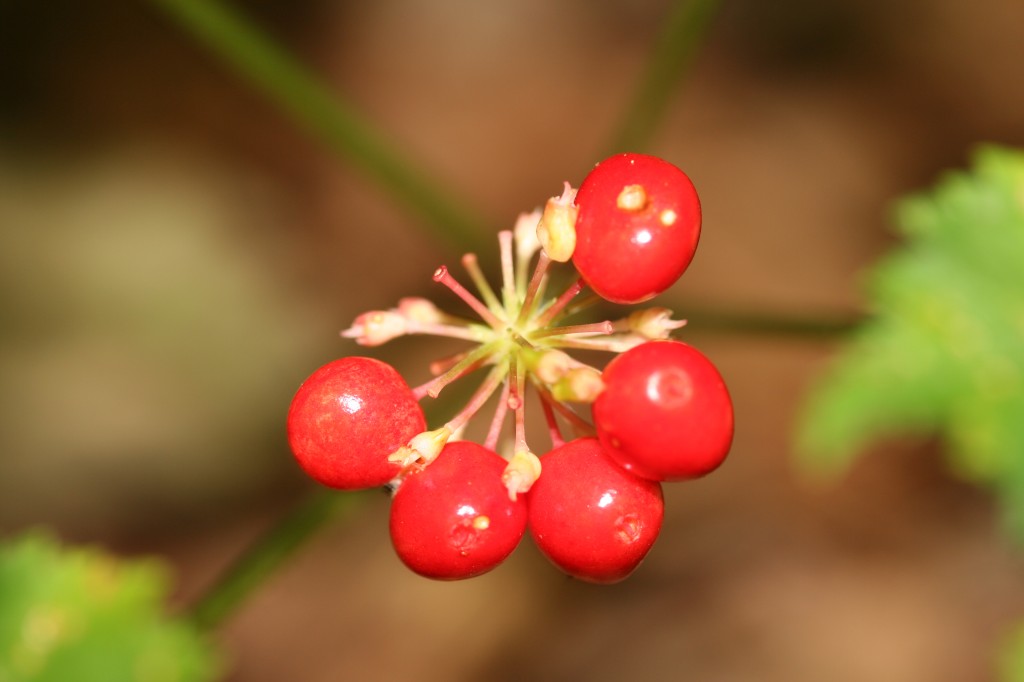 On top of this we found that deer browsing was also taking a toll. Deer love ginseng and where they are not controlled they are decimating the understory of the forest. Deer take the top off of ginseng regardless of how old it is. We did find a couple of 10 to 15 to 20 year old plants at one remote site in Allegany County.

Q. What other work did this survey include?

A. Maryland is one of 19 states that still allow the harvest and sale of ginseng and these states are required to collect data on sale transactions between diggers and ginseng brokers. We analyzed these data for Maryland, looking across counties to see where ginseng is being found and what the sales trends have been during the last 30 years. We found that since the 1990s Maryland’s wild ginseng harvest has decreased by 46 percent. It was once harvested in 17 counties in Maryland and now is harvested in only 4. Today, 98 percent of Maryland’s wild ginseng is produced in only two counties—Garrett and Allegany. Garrett County’s annual yield had decreased in the past two decades by 15 percent, Allegany’s by 90 percent.

Q. In your survey you mention ginseng farms in Maryland. Hasn’t cultivated ginseng taken some of the pressure off of wild ginseng?

A. No, the value of commercial cultivated ginseng is about one-tenth or even less than that of wild ginseng. Grown under stress in the woods wild ginseng becomes gnarled and accumulates more of the ginsenosides that everyone wants and which people believe gives ginseng its cure-all powers. Grown under cultivation ginseng has an easy life and doesn’t lay down these desired ginsenosides. Things like fertilizer, pesticides and cultivated soil just speed the plants along, producing a flavorless, woody root. Asian consumers are very discerning and pay much more for gnarled, wild ginseng. 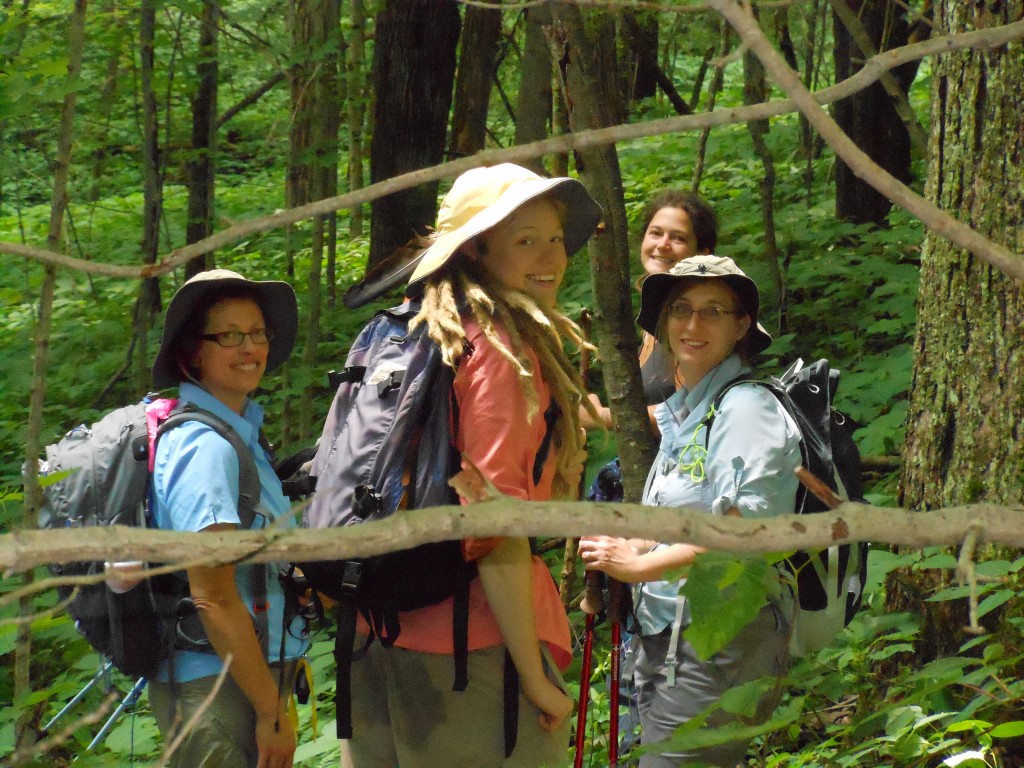 Q. What do you think the results of this recent survey will be?

A. Our goal is to return wild ginseng to its historic densities in native forests in Maryland and develop a sustainable wild harvest. Forests in Maryland now hold less than 1 percent of their original density of wild ginseng and the plant is in danger of extirpation [local extinction] in Maryland. I anticipate that as a result of this survey the status of ginseng will be changed to exclude any harvesting from state property in Maryland. To restore wild ginseng in forests in Allegany and Garrett Counties to its historical density will require a moratorium on harvesting for a very long time—decades if not centuries. Deer densities of the 15 other counties from which ginseng was once a common understory plant will prevent any recovery of this species to the remnant deciduous mid-Atlantic forests found there.

(Authors of the two papers “Analysis of Maryland Ginseng Harvest data from 1979 to 2010” and “Systematic Survey of Ten Ginseng Sites in Maryland Supported by Historic Records,” include Christopher Puttock, Research Associate at the Smithsonian Institution, Tracey Gelner and Rochelle Bartolomei of the organization Chesapeake Natives Inc., and Robert Trumbule of the Maryland Department of Agriculture.)