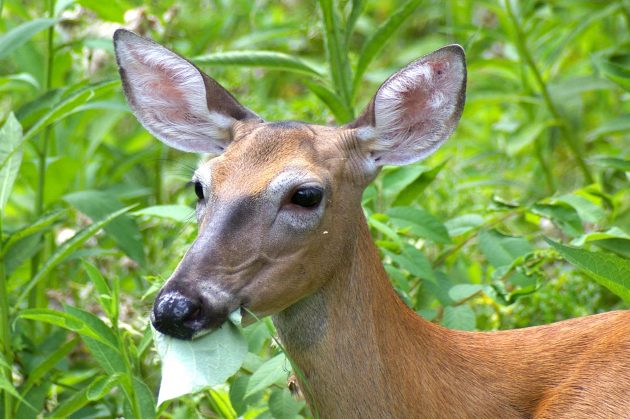 As deer find some invasive species unappetizing, they indirectly promote their success.

The eating preferences of the hordes of white-tailed deer now living in the eastern United States is gradually altering the traditional composition of plant species in its forests, lowering the diversity of native plants while giving a boost to invasive populations. These are the findings of a new paper published in the online journal AoB Plants, pooling data from studies conducted at 23 white-tailed deer research sites spread across the east-central and the northeastern United States. In the study, scientists analyzed raw data from individual long-term research sites that had multiple pairs of fenced and unfenced plots, where deer were excluded from the fenced plots. 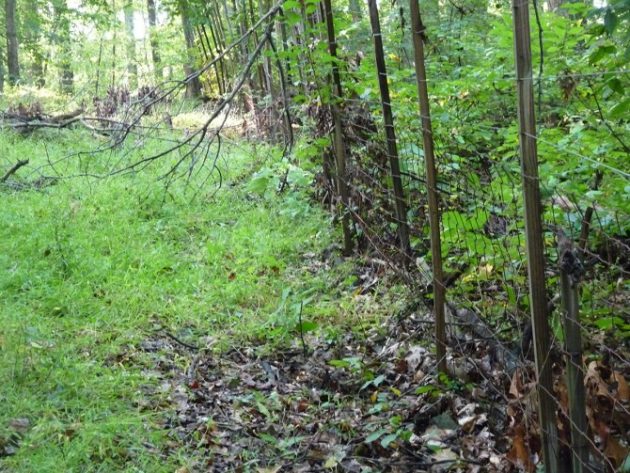 This study site at the Smithsonian Conservation Biology Institute in Front Royal, Va., shows the difference in plant growth between a plot, at left, where deer graze and which is full of invasive Japanese stiltgrass, compared to a plot where deer are excluded by a fence. (Photo by Bill McShea)

“Overall, deer reduce community diversity, lowering native plant richness and abundance and benefiting certain invasive plants, showing that deer have a pervasive impact on forest understory plant communities across broad swaths of the eastern U.S.,” says Kristine Averill, a research associate in Cornell’s Section of Soil and Crop Sciences who is lead author of the study.

By altering the balance of native plants in favor of invasive ons, deer are changing forest plant ecology. In the future invasive plants could have a bigger influence on the forest ecosystem and leave fewer opportunities for native animals that depend on the native plants. Such changes in plant community structures also have long-term impacts on forest regeneration, Averill says.

“Deer have preferences among invasive species too,” adds Bill McShea, a wildlife ecologist at the Smithsonian Conservation Biology Institute in Front Royal, Va. “They are probably knocking down Japanese honeysuckle, helping to keep that species down. But there are plenty of other invasive species they don’t like that are taking over the system.”

What do scientists say to do? Try to limit the number of deer to help native plants thrive.

“The study results suggest we should try to maintain lower deer densities through hunting and fencing if the goals are to support more native plants and foster a reduced relative abundance of introduced plants,” Averill says. 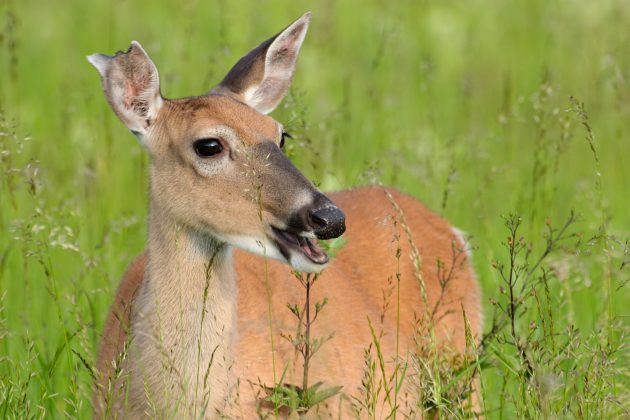 Native oaks are already under stress because conditions they need for regeneration are not there, McShea says.

“Oaks need light coming down to the forest floor, but a lot of time the canopy is closed,” he says. They would benefit from fire going through those woods, but there is no fire. Then there are the deer which love oak seedlings and acorns. Oaks have multiple stressors.”

The researchers were surprised to learn that the diversity of invasive species—the total number of non-native species—and the total abundance (or land cover) of invasive plants stayed the same in areas where deer grazed and where they were excluded, Averill says.

This new study deepens ecological understanding of some key factors in the invasion process. In this work, an abundant, native, large herbivore is shown to alter plant community composition, lower diversity, reduce native plant richness and abundance, and increase the relative cover of introduced plants.

(A Cornell University press release was a partial source for this article.)