In deer-populated forests, tastier plants can avoid being eaten if they are surrounded by less appealing plants. But with deer gone, diverse plots become weaker as plant survival drops, according to a study from the Smithsonian Environmental Research Center in Edgewater, Md., published April 8 in the Proceedings of the Royal Society B.

Ecologists have long suspected that a diverse forest is a better forest: stronger, healthier and more adept at resisting pests, diseases and environmental stresses like droughts and fires. But few had done experiments to disentangle the effects of biodiversity from other factors like herbivores, because forests are slow growing and hard to manipulate. The Smithsonian study shows that by eating the most dominant plants, deer can dramatically change the pros and cons of diversity. 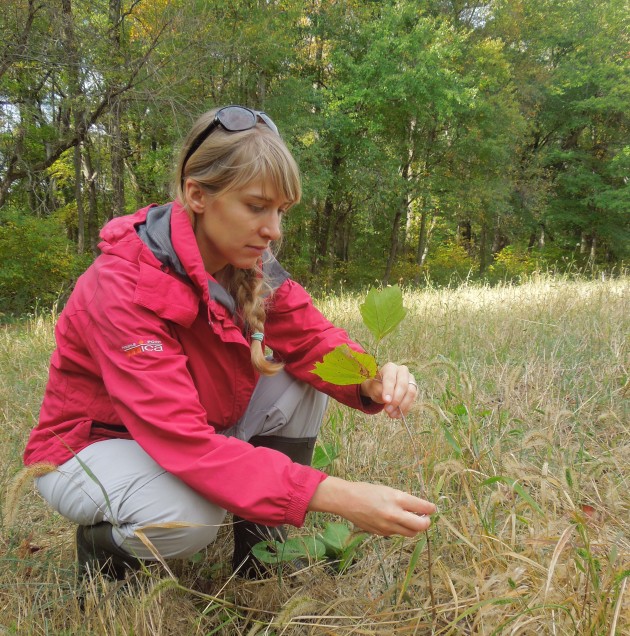 SERC postdoc and lead author Susan Cook-Patton examines a sycamore seedling in BiodiversiTree. BiodiversiTree, an experimental forest at SERC designed to last a century, is testing the importance of diversity in forests on an even larger scale.

“Even though forests cover a third of the Earth’s land surface and can be incredibly diverse, we know remarkably little about the function of diversity in forests,” said Susan Cook-Patton, a Smithsonian postdoctoral fellow and the study’s lead author. “Tree seedlings are small, but they will become the forests of the future, so we wanted to track survival at this critical life-history stage.”

To uncover whether tree seedling survival hinged on diversity, the research team set up hundreds of experimental plots in a forest, some with 15 seedlings of only a single species, and some with up to 15 different species. Then they put wire cages around half to exclude browsing by deer, which in many areas can be the single most important determinant for tree-species survival. This was a critical step in the research. Without cages it is impossible to disentangle the effects of plant–plant interactions from the effects of plant–herbivore interactions. Both can drive diversity effects, but they have completely different consequences for thinking about managing ecosystems. 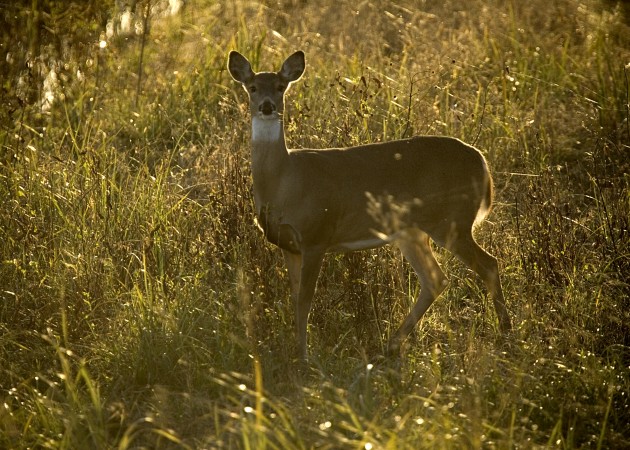 Despite their reputation for destroying plant life, deer can actually make diverse forests stronger. Diverse forests can hide tastier plants by surrounding them with repellant ones. But without deer the benefits of biodiversity drop. (Photo by Steve Hillebrand, U.S. Fish and Wildlife Service)

The researchers meticulously tracked the plots for three years, recording growth, survival and herbivore damage. They discovered that the dominant species—including red maple, green ash and red oak—all suffered intense deer browsing. Meanwhile, deer shunned most of the least productive species, including hickory. By selectively consuming the dominant species, deer gave suppressed plants a chance to thrive, as even the slow-growing hickories and other species grew bigger in more diverse plots.

These patterns, however, depended on whether tree seedlings were in a diverse or species-poor plot. Where deer browsed, single-species plots suffered 53 percent more damage than mixed plots. “Red maples were heavily browsed when surrounded by other red maples, but survived and thrived when surrounded by less palatable tree seedlings,” said Cook-Patton. “By the third year, red maples were roughly three-and-a-half times bigger in more diverse communities.”

The authors speculate that deer were first drawn to the mixed plots because those plots all contained species they prefer to eat—red maple, red oak and green ash. However, once there, they were turned off by the more repellant species surrounding them. 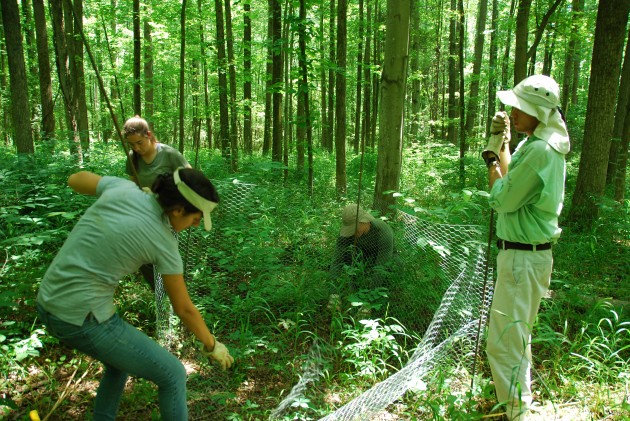 But with deer out of the picture, the tables turned. In deer-free plots, plants were less likely to survive in a diverse forest, although these survivors did grow slightly bigger.  “We’ve discovered that ecosystem function depends on diversity at different levels of the food chain,” said John Parker, senior ecologist at SERC. “Feedbacks among the different levels can ultimately change the picture of how diversity works, and to better manage forests we need to understand the interactive effects of diversity throughout the food web.”

The researchers are now testing their findings on a larger scale in BiodiversiTree, an experimental forest of more than 20,000 trees the team planted in 2013 that is designed to last at least a hundred years. “Forests are increasingly threatened by climate change and invasive pests, and experiments like these will tell us if diverse forests are better poised to weather these future challenges,” Cook-Patton said.