Almost half of the tropical forest reserves examined in a new study are ineffective, according to results published in the journal Nature by William Laurance, research associate at the Smithsonian Tropical Research Institute now at James Cook University in Australia and more than 200 co-authors.

“Biodiversity is declining rapidly at reserves including Kahuzi Biega in the Democratic Republic of Congo, Xishuangbanna in southern China, and Northern Sierra Madre in the Philippines, among others,” Laurance says. “Reserves that are doing relatively well include Bwindi Impenetrable N.P. in Uganda, Santa Rosa in Costa Rica, and Los Amigos in Peru.” 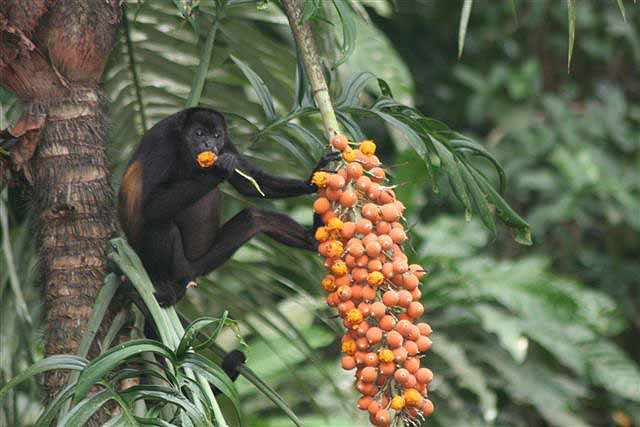 Image above: Even well-protected tropical reserves may not protect wildlife if the surrounding habitat is degraded. This howler monkey lives on Barro Colorado Island, a Smithsonian research station in the Panama Canal waterway.

Laurance asked experts who study plant and animal life across the Americas, Africa and Asia-Pacific to rate the effectiveness of the reserves where they have worked over the last two to three decades. Smithsonian coauthors include STRI staff scientist Joe Wright, and John Kress, Mercedes Foster and Louise Emmons of the National Museum of Natural History. They rated reserve health based on changes in abundance of 31 different groups from trees to primates.

“Reserves are like arks for biodiversity,” Laurance says. “But some are in danger of sinking.”

Reserves suffering the most were those were encroached upon by illegal colonists, hunters and loggers. The bottom line, researchers say, is that we need to do a better job of protecting protected areas.