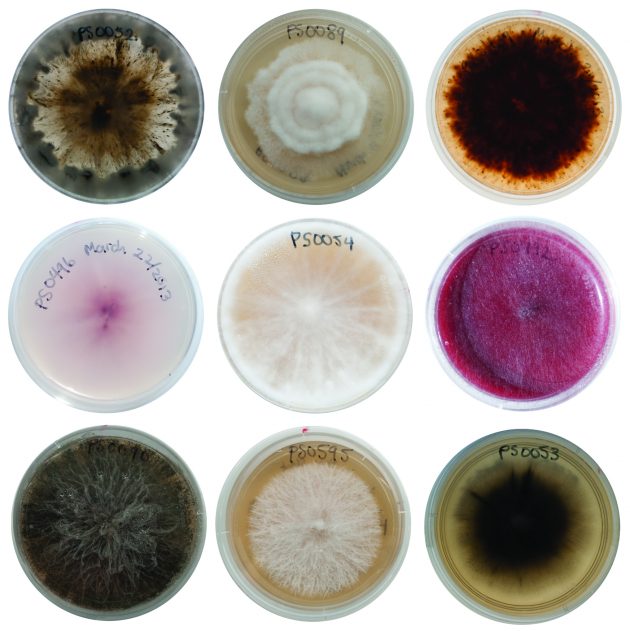 Examples of fungi isolated from seeds in a burial experiment at Barro Colorado Island in Panama. (Photo by Carolina Sarmiento/Smithsonian Tropical Research Institute)

How specific fungi interact with seeds in tropical forest soils may be the ultimate arbiter in the struggle for survival among tropical trees. “Depending on the species of the seed it pairs with, a fungus might kill the seed, hamper its development or, on the contrary, aid its germination,” says Carolina Sarmiento, Smithsonian Tropical Research Institute fellow and lead author of a new study published in the Proceedings of the National Academy of Sciences.

Despite a smorgasbord of species available to choose from, tropical fungi and seeds are picky about associating with one another, the study revealed. Early pairings with a particular fungus may influence whether a seed survives and also may help explain how tropical forests remain so diverse. 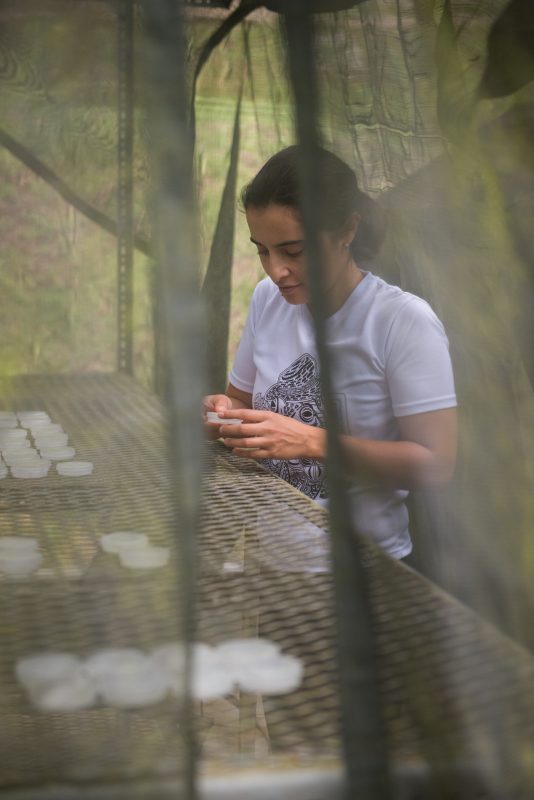 “These species-specific outcomes are surprising because many of the fungi isolated in the study can colonize various plant species, each with its own chemical and physical seed defenses,” Sarmiento adds. “We don’t know yet why fungi behave differently depending on the seed species they infect, but these responses are crucial to understanding their survival and growth in tropical forests.”

To demystify how fungi interact with tropical seeds, Sarmiento and her colleagues buried thousands of seeds from nine native tree species in a variety of forest plots on Barro Colorado Island in Panama. They dug up the seeds after periods underground ranging from one month to a year. After sterilizing the outer surfaces, they cut the seeds in half. They placed one half in a culture tube to isolate any fungi that might have invaded the seed tissue and processed the other half to see if the tiny plant embryo was still alive. 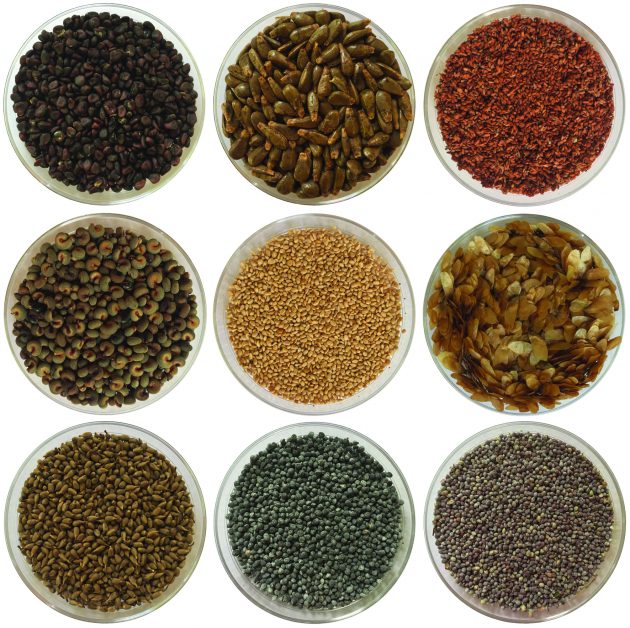 The team processed more than 8,300 seeds and isolated 1,460 fungi, identifying more than 200 distinct fungal strains. Each of the nine plant species attracted a distinct community of fungi, despite different amounts of time underground, varying soil types, and even different forest surroundings. The filtering effect of plant species—even as a seed—upon the types of fungi that it attracts provides important insights into the elusive mystery of how tropical forest diversity persists.

In the tropics, numerous species grow in close proximity but any individual species is widely scattered and locally rare. Scientists hypothesize that this pattern of diversity might be maintained by specialized pathogens, pests or predators of a host species, which make the local neighborhood hostile to more of its own kind while favoring the growth of unrelated species. 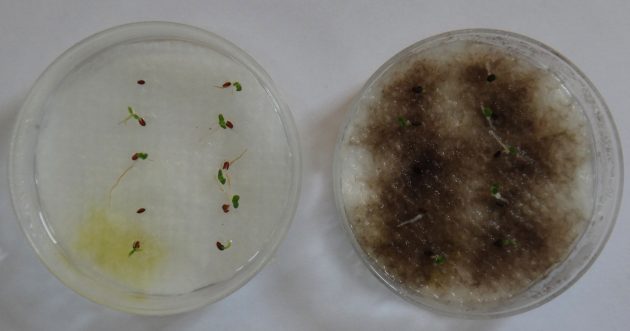 “As the density of individuals of a single species increases, diseases are more likely to spread from one individual to another,” said senior author A. Elizabeth Arnold, professor at the University of Arizona. “Most work in this area has focused on seedlings and saplings of tropical trees, but what happens to seeds is less well known.”

Following up on their results, the researchers inoculated fresh seeds from seven study species with fungal strains isolated during the burial experiment. They germinated the new seeds in a greenhouse and confirmed that the fungi affected seed mortality and germination in a species-specific manner. 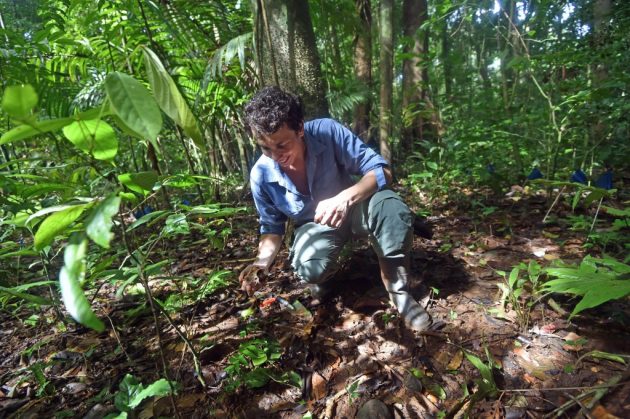 “One fascinating result was that if a fungus had a pathogenic effect on one plant species, it was likely to have the opposite effect on another,” said coauthor Paul-Camilo Zalamea, a Smithsonian postdoctoral fellow.

“By beneficially affecting some species while keeping others from regenerating, fungi may be the ultimate arbiters of the struggle for existence in tropical forests,” said project investigator James Dalling, professor at the University of Illinois, Urbana-Champaign.