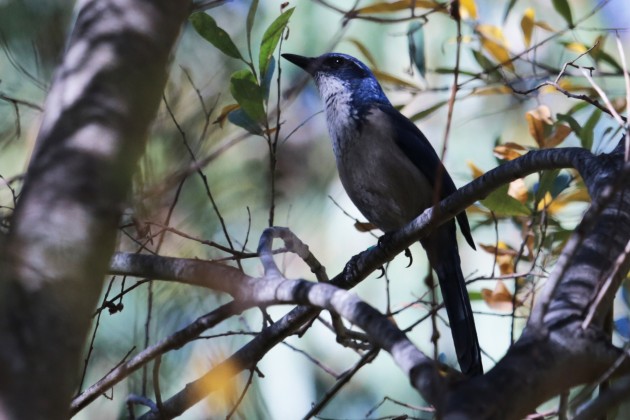 California’s Channel Islands are located dozens of miles west of the state’s coast and surrounded by Pacific waters, yet they too are experiencing the same severe drought as the rest of the state. Smithsonian Science checks in with wildlife biologists regarding two species found only on the Channel Islands, to ask how the drought is impacting these animals. Scott Sillett, a research biologist at the Smithsonian Migratory Bird Center, has spent years studying the island scrub jay (Aphelocoma insularis), which lives exclusively on Santa Cruz Island. Tim Coonan, a National Park Service biologist, is an expert on the island fox, which lives on six of the eight Channel Islands. There are 6 subspecies of island fox, each named for the specific Channel Island they inhabit.

Q: How is the drought affecting the island scrub jay?

Sillett: We’ve seen that a large proportion of the bird species on the Channel Islands have just not bred in the last four years. These island birds are adapted to dry lands and variable environments. They are adapted to being able to skip breeding when conditions are poor.

What is occurring is a classic life history trade off. Species that tend to be long lived–we think island scrub jay individuals can live as long as 20 years–tend to exhibit low reproductive effort each year because they have multiple opportunities to breed throughout their life. Species that are relatively short-lived like wrens, will reproduce every year; they don’t have so many chances at bat, essentially.

We are not sure why they forego breeding; if it is to conserve resources for themselves or they just assess resource availability and say there’s just not enough food here to raise young and so why bother. We call that plastic behavior. 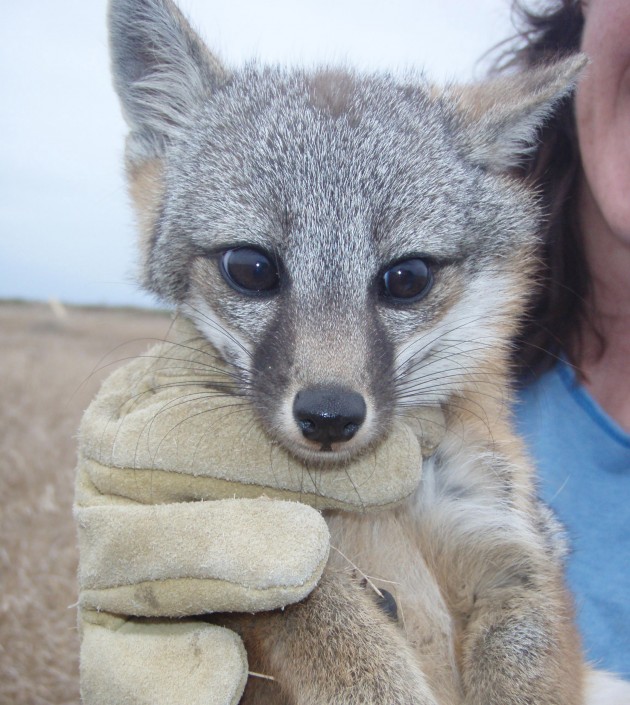 An island fox pup There are 6 subspecies of island fox, each named for the specific Channel Island they inhabit. Four of the subspecies – San Miguel, Santa Barbara, Santa Rosa, and Santa Catalina island fox – were federally listed as endangered in 2004. (Photo Credit USFWS/A. Little)

Q: How is the drought affecting the island fox?

Coonan: Island foxes eat everything: mice, birds, lizards, insects and even the fruits and leaves of some plants. The drought is creating a scarcity of all these items.

This year is different. We’ve had a little bit of precipitation and I think it takes very little precipitation to break the drought on the islands, at least as far as island foxes go. We’re already seeing a lot more pups this year than we have the previous couple of years on both those islands. 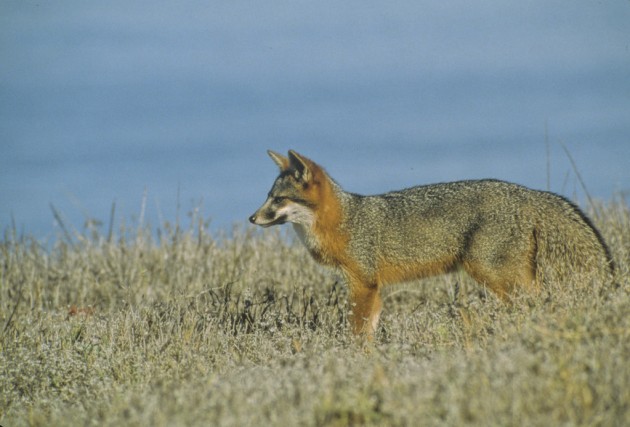 Q: Are there streams or lakes on the islands from which the animals can drink?

Coonan: There are water sources, however, foxes don’t necessarily need them. They get a lot of their water from their food. For example, if they eat a mouse there is certainly liquid inside a mouse. On San Miguel there are no rivers or streams but there are springs. But foxes are not terribly tied in to those resources, it is not like they have to live within marching distance of a spring.

Also, there’s not nearly as much coastal fog that we usually get in the summer out here, which is a source of moisture. The fog condenses on vegetation and foxes and other animals can lick it up, and it is also a source of water for the soil and that impacts vegetation. Fog moisture is pretty important and there has been less of it during the drought because there have been sunnier days during the summer.

Sillett: A lot of birds can get water from their food and there is a lot of fog on the island, even in dry years and dry conditions you can have early-morning fog on vegetation. You can actually see birds hovering over wet vegetation and kind of splashing themselves and getting a little bit of moisture. I haven’t seen the jays do that but I have seen some of the smaller birds do it.

Generally we think these birds get most of their water from the food they eat. Jays eat berries, lizards and baby birds and there’s lots of juice in those things. 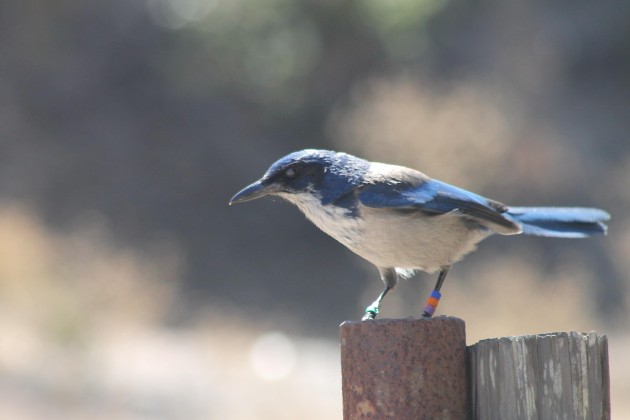 Q: It seems the drought has presented an opportunity for scientists to learn more about these species. What’s next?

Coonan: It is fascinating. This the first drought we been able to observe the island fox go through. We’ve been studying them for around 23 years but haven’t seen a drought of this magnitude before. They are surviving by shutting down reproduction. At the same time we seeing thinner foxes the past couple years on San Miguel and Santa Rosa and we have a lot more dying and emaciated animals. And that is no doubt due to the drought.

Sillett: The emerging question is how many years of continuous drought can the island scrub jay populations sustain before we start to see declines in overall numbers. That question is something we are working on now through computer simulation modeling.

We did a whole island wide count of the island scrub jay Santa Cruz Island back in 2008/2009, and estimated there were about 2,300 jays. We did another round of counts this last spring in collaboration with the Nature Conservancy and those data are being proofed and analyzed. This study might give us an indication have we seen some sort of problem, but the jury is still out on that one.

But I don’t want to dismiss the issues of drought out there. These levels of drought are unprescented in their severity and extent, and is one reason we are continuing the study out there.

New count reveals scrub-jay on Santa Cruz Island is among rarest bird species in the U.S.