Population estimates for the Amazon basin in the period just before Europeans arrived range widely from 2 to 10 million people. The newly reported reconstruction of Amazonian prehistory by a Smithsonian scientist, Dolores R. Piperno, and her colleagues suggests that large areas of western Amazonia were sparsely inhabited. This evidence clashes with the belief that most of Amazonia, including forests far removed from major rivers, was heavily occupied and modified. The team’s research is published in the June 15 issue of Science. 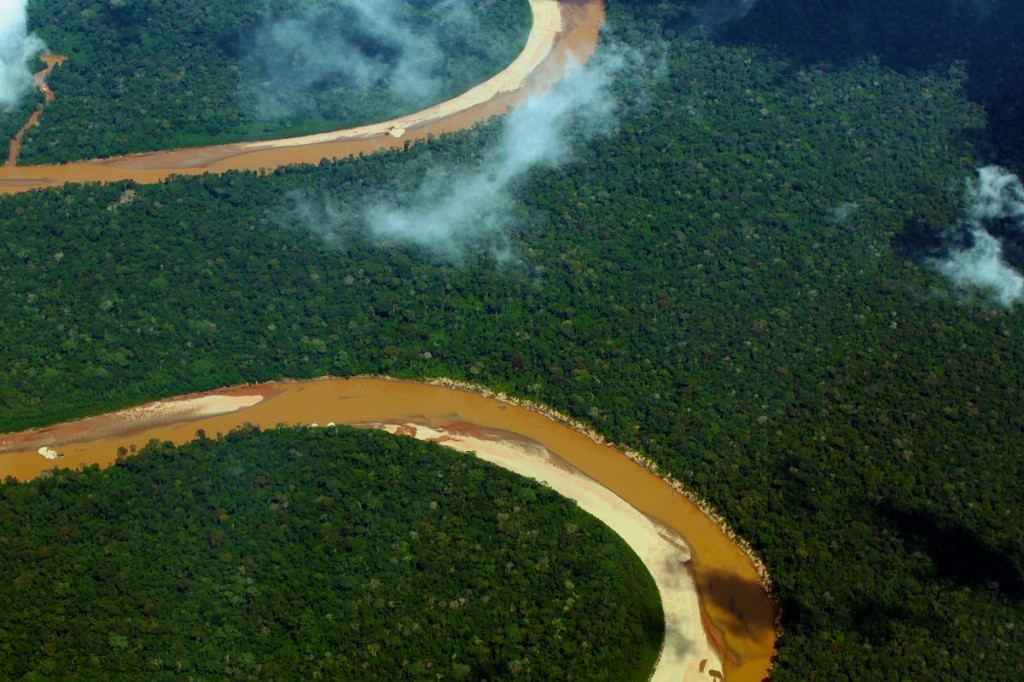 “Drawing on questionable assumptions, some scholars argue that modern Amazonian biodiversity is more a result of widespread, intensive prehistoric human occupation of the forests than of natural evolutionary and ecological processes,” said co-author Piperno, senior scientist at the Smithsonian’s National Museum of Natural History and Smithsonian Tropical Research Institute. “Climatologists who accept the manufactured landscapes idea may incorporate wholesale prehistoric Amazonian deforestation, widespread fires and carbon emissions into their models of what caused past shifts in atmospheric carbon dioxide and methane levels. But we need much more evidence from Amazonia before anything like that can be assumed.”

This report paints a very different picture of the past. Crystal McMichael of the Florida Institute of Technology, first author of the paper, collected 247 soil samples from 55 sites across the Peruvian and Brazilian Amazon, including little-studied interfluvial forests, distant from major water courses. A lack of charcoal in the samples told the authors that fires, almost always caused by humans in the humid tropics, were few and of low intensity and did not result in much structural damage to the forests. Fragments of silica left behind when vegetation decays, called phytoliths, indicated that crop species and plants typical of human disturbance were scarce. Forms of intensive forest management such as groves of palm trees were not indicated by the phytolith records either.

Deforestation in the Brazilian Amazon in 2011 was the lowest since annual record keeping began in the late 1980s and has fallen nearly 80 percent since 2004. Environmentalists fear that changes to the country’s Forest Code, which mandates how much forest a landowner is required to maintain, could reverse progress in reducing deforestation, but the global consequences of such a policy remain unclear.

“Planners may assume that Amazonian forests were resilient in the face of heavy prehistoric human modification,” said Piperno. “These views based on few empirical data are gaining currency in scholarly circles and the popular media. Hopefully, our data will help to place these questions into a more rigorous empirical context.”