Meet Sahelanthropus tchadensis. This newly unveiled recreation by artist John Gurche is on view in the David H. Koch Hall of Human Origins at the Smithsonian’s National Museum of Natural History. 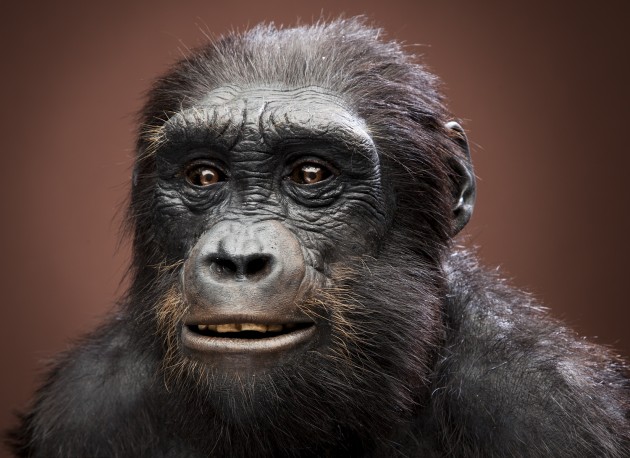 Sahelanthropus tchadensis is one of the oldest known species on the human family tree and lived between 7 and 6 million years ago in West-Central Africa (Chad). Walking upright may have helped this species survive in diverse habitats—including forests and grasslands.  Although anthropologists have only cranial material from Sahelanthropus, studies so far indicate this early human had a combination of apelike and humanlike features. Their apelike features included a small brain (even slightly smaller than a chimpanzee’s!) sloping face, very prominent brow ridges, and elongated skull. Their humanlike features included small canine teeth, a short middle part of the face, and a spinal cord opening beneath the skull instead of towards the back, like in nonbipedal primates (or apes). For more information on Sahelanthropus tchadensis click this link to the Hall of Human Origins.