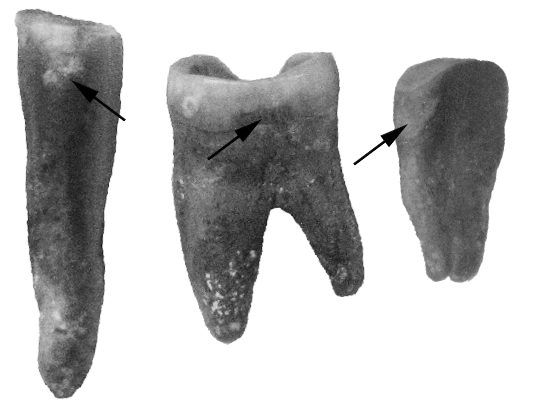 Researchers from George Washington University and the Smithsonian Institution have discovered evidence to debunk the theory that Neandertals’ disappearance was caused in part by a deficient diet–one that lacked variety and was overly reliant on meat. After discovering starch granules from plant food trapped in the dental calculus on 40-thousand-year-old Neandertal teeth, the scientists believe that Neandertals ate a wide variety of plants and included cooked grains as part of a more sophisticated, diverse diet similar to early modern humans.

“Neandertals are often portrayed as very backwards or primitive,” said Amanda Henry, lead researcher and a post-doctoral researcher at GW. “Now we are beginning to understand that they had some quite advanced technologies and behaviors.”

Henry made this discovery together with Alison Brooks, professor of anthropology and international affairs at GW, and Dolores Piperno, a senior scientist and curator of archaeobotany and South American archaeology at the Smithsonian National Museum of Natural History, Washington D.C., and the Smithsonian Tropical Research Institute, Panama. 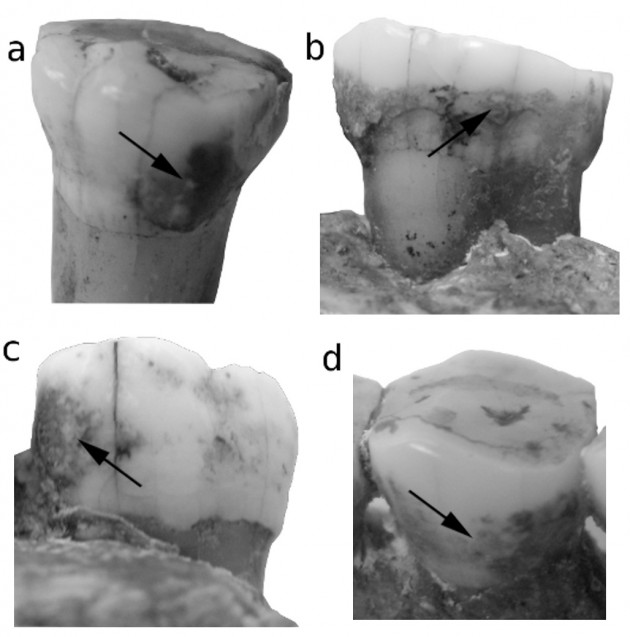 The discovery of starch granules in the calculus on Neandertal teeth provides direct evidence that they made sophisticated, thoughtful food choices and ate more nutrient-rich plants, for example date palms, legumes and grains such as barley. Until now, anthropologists have hypothesized that Neandertals were outlived by early modern humans due in part to the former’s primitive, deficient diet, with some scientists arguing Neandertals’ diets were specialized for meat-eating. As such, during major climate swings Neandertals could be outcompeted by early humans who incorporated diverse plant foods available in the local environment into their diets. 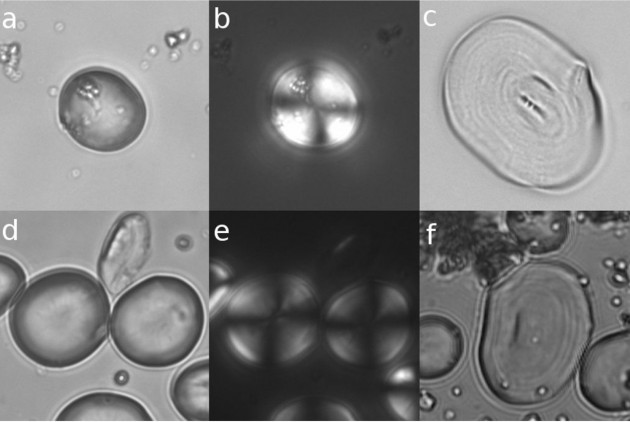 Henry, Brooks and Piperno’s discovery suggests otherwise. The researchers discovered starch granules in dental calculus, which forms when plaque buildup hardens, on the fossilized teeth of Neandertal skeletons excavated from Shanidar Cave in Iraq and Spy Cave in Belgium. Starch granules are abundant in most human plant foods, but were not known to survive on fossil teeth this old until this study. The researchers’ findings indicate that Neandertals’ diets were more similar to those of early humans than originally thought. The researchers also determined from alterations they observed in the starch granules that Neandertals prepared and cooked starch-rich foods to make them taste better and easier to digest.

“Neandertals and early humans did not visit the dentist,” Brooks says. “Therefore, the calculus or tartar remained on their teeth, preserving tiny clues to the previously unknown plant portion of their diets.”

The article, “Microfossils in calculus demonstrate consumption of plants and cooked foods in Neandertal diets,” will appear in a forthcoming issue of the Proceedings of the National Academy of Sciences and will be published online Dec. 27. PNAS is a weekly journal that publishes research that spans the biological, physical, and social sciences.