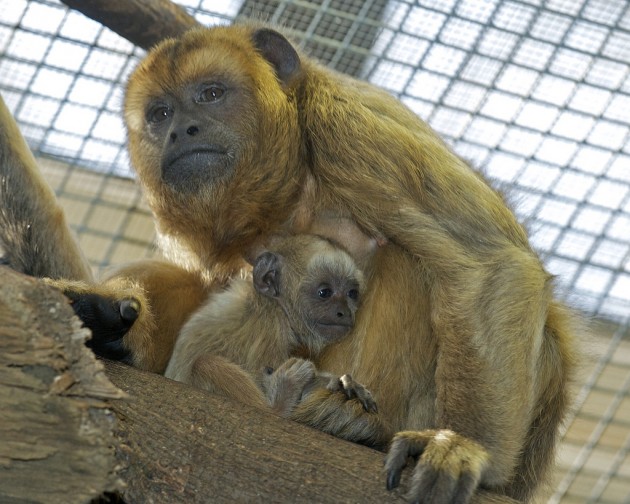 Spring is in full swing at the Smithsonian’s National Zoo, and the Small Mammal House—which celebrated the birth of a black howler monkey (Alouatta caraya) March 22—is no exception. Since then, keepers have been monitoring the family at a distance, allowing first-time parents Chula (mother) and Pele (father) to bond with their baby.

The pair has exhibited strong parental skills and the young primate seems bright, alert, and increases its activity and independence day by day. This is the first surviving howler monkey in the Zoo’s history of exhibiting the animal. Its sex has not yet been determined. Zoo visitors can see the howler family on exhibit in the Small Mammal House. 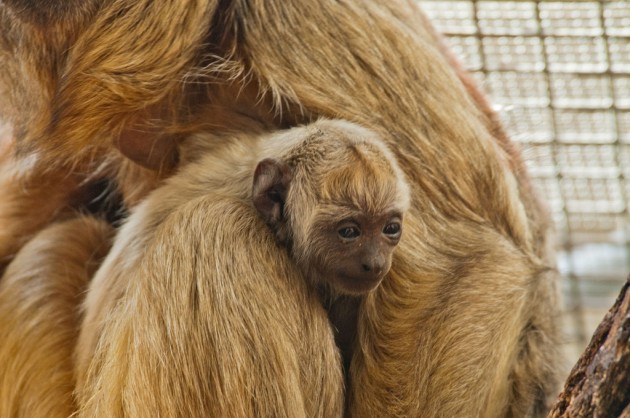 Their thick necks house a unique voice box, including an enlarged hyoid bone, that enables male howler monkeys to penetrate three miles of dense forest with a single rumbling growl. These booming territorial calls have earned the primates, which are native to Central and South America, the title of loudest animal in the New World (North, Central and South America). The International Union for Conservation of Nature lists the black howler monkey as least concern.