As any comic book lover knows, when superheroes band together the bad guys fall harder. The strength that comes in numbers is greater than the sum of its parts. 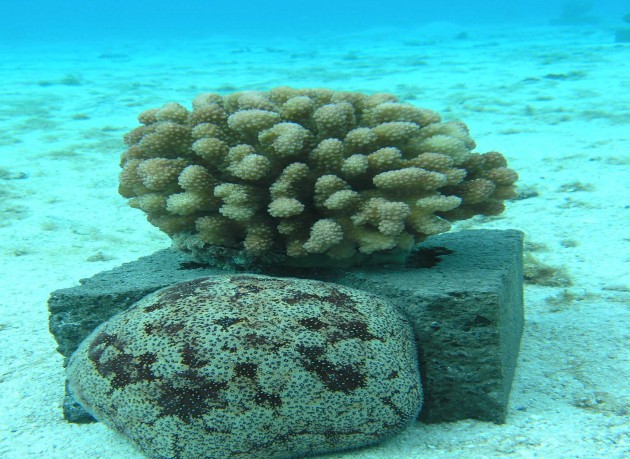 The same holds true, researchers have recently learned, when different species of crabs (genus Trapezia) and snapping shrimp (Alepheus lottini) in the central Pacific band together to defend their coral homes from hungry seastars. In these frequent conflicts “one-plus-one doesn’t always equal two, sometime it is more,” explains Seabird McKeon, a marine biologist at the National Museum of Natural History’s Smithsonian Marine Station in Fort Pierce, Fla. The crustaceans are much more effective when they fight together than when they fight alone, a process McKeon calls the Multiple Defender Effect. “It is a clear example of synergy, and one that underscores the importance of  biodiversity in the ocean.” 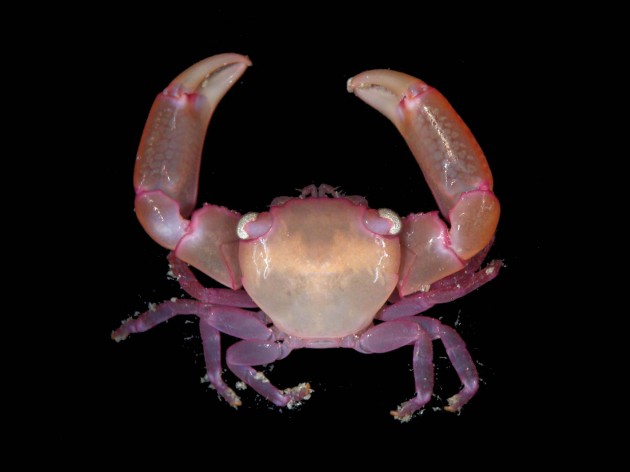 Even in a comic book one would be hard pressed to find an enemy more bizarre than the “cushion” seastar  (Culcita novaeguineae), an animal used by McKeon in recent laboratory experiments with living corals (genus Pocillopora) and their defenders. To consume a coral, the seastar pushes its stomach outside its body and lays it over the coral like a cushion. It then hugs the coral close and “eats,” letting stomach acids and digestive juices do their work.

The stationary coral is defenseless, yet the tiny crustaceans that live among its branches come to its aid, snipping and prodding an intruding seastar with their claws.  “The coral itself is like a cauliflower head, a main central stem and lots of little branches,” McKeon explains. “Crabs gain protection from fish by living inside the coral structure.” 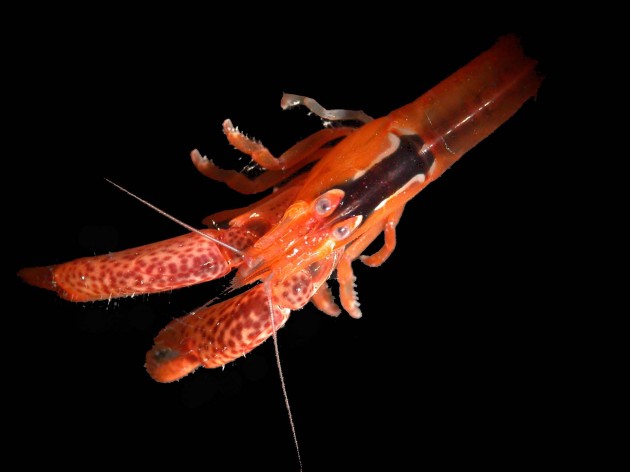 Once a mating pair of crabs takes-up residence on a coral head they do not tolerate the presence of other crabs of their same species. Crabs of other species however are ignored, as are snapping shrimp. As a result, some coral heads may have as many as five different species of defensive crustaceans living on them, all pairs of different species.

In repeated experiments McKeon and colleagues measured the effectiveness of a single crab pair in preventing a seastar from eating their home coral. He found that one pair of crabs reduced the volume of coral eaten by about 19 percent, compared to a coral with no defenders. Two pairs of crustaceans working together, however, were able to reduce the volume of coral eaten by as much as 65 percent—the multiple defender effect.

The take-home lesson here, McKeon says, “is these crabs don’t allow others of their same species on their coral, yet the synergy of different pairs fighting together is critical to the defense of the coral. The multiple defender effect is an important new angle on why we must conserve biodiversity in the ocean.”