Is obesity predestined at infancy? Marmoset study may help scientists find out.

Childhood obesity is a serious concern, with more than 18 percent of American 4-year-olds considered obese. A new study of marmosets, small South American monkeys, indicates that obesity may begin very early in life and suggests that marmosets may be a helpful model for obesity in humans. In the study, scientists traced the difference between normal and obese adolescent monkeys to determine how much body fat they had at different ages during the first year of life. The findings were published in the March issue of the American Journal of Primatology. 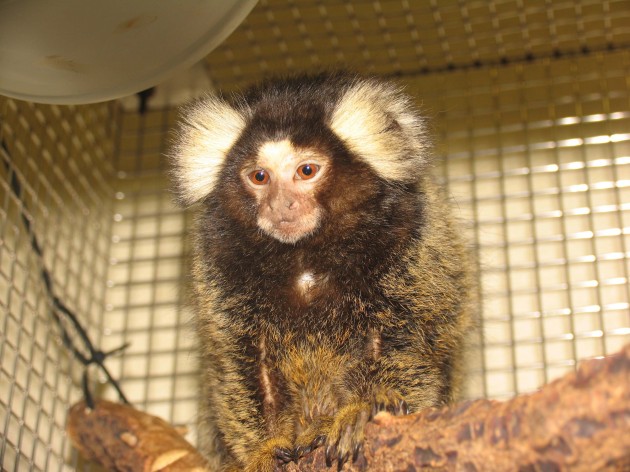 “It seems like these animals are dividing into two groups at a very early age,” said Michael Power, a scientist at the Smithsonian Conservation Biology Institute’s nutrition lab based at the Smithsonian’s National Zoo in Washington, D.C. “It appears that developing obesity is something that can happen to an animal or a human before they have a real choice.”

Power is one of a team of researchers that studied white-tufted common marmosets (Callithrix jacchus) at the Southwest National Primate Research Center in San Antonio, Texas, from infancy through 12 months. The team found that fat marmosets, defined as those monkeys that ended the year with more than 14 percent body fat, also had more body fat at just one month old compared to monkeys that grew up to have normal weight. A 1-month-old marmoset is at about the same developmental stage as a human infant between 5 and 8 months old. 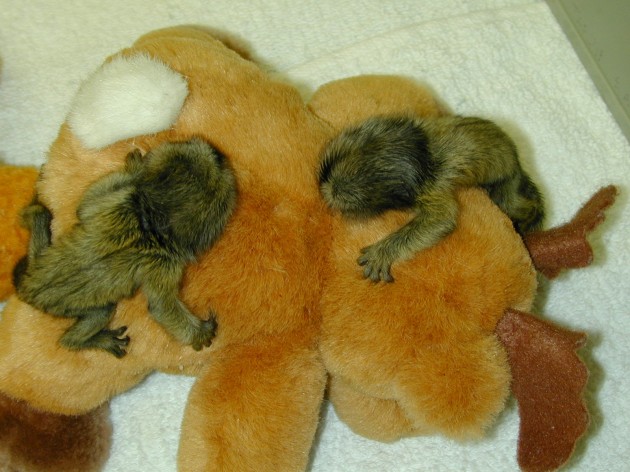 Marmosets that ended up obese at one year could not be distinguished at birth from normal marmosets. Larger newborn marmosets did not necessarily grow up to be fat. However, the scientists did identify two risk factors that made marmoset obesity at one year somewhat more likely: an obese mother and access to high-fat food. This finding aligns with the results of previous studies of other species.

Marmosets serve as an appropriate model for obesity in humans because while most animals are born with little fat on their bodies, normal marmoset and human babies are quite fat at birth. A better understanding of obesity in marmosets, therefore, can help scientists identify risk factors, like a high-fat diet or an obese mother, and potential indicator measurements, like hormone levels or percentage of body fat, that could help identify a vulnerability to obesity in humans earlier.

From other unpublished results of this study, the researchers think the key may lie not in energy uptake, but in energy expenditure, the other side of the coin that makes up weight change.

“If I give you a sandwich, you’re going to store some of that energy as fat,” Power said. “Of course eventually you’ll use up that stored fat, especially if you are active and keep moving around. The problem comes when you consistently store more energy than you use. It’s a very simple idea, but the biology behind it is extremely complex. Unfortunately, many people and marmosets are better at storing fat than they are at remobilizing it and using it for energy.”

While the marmosets Power studies are fairly common, zoos are also home to other, more endangered monkeys, whose health and breeding potential could be crucial to their species’ continued survival. A better understanding of the development of obesity will enable zoo nutritionists to developed healthier diet plans for a variety of species. Visitors to the National Zoo can see Geoffroy’s tufted-eared marmosets, which are related to white-tufted common marmosets, in the Zoo’s Small Mammal House.

In addition to Power, the study’s authors are Suzette Tardif and Corinna Ross from the University of Texas Health Science Center at San Antonio and Jay Schulkin of the American College of Obstetricians and Gynecologists. The paper is available online.