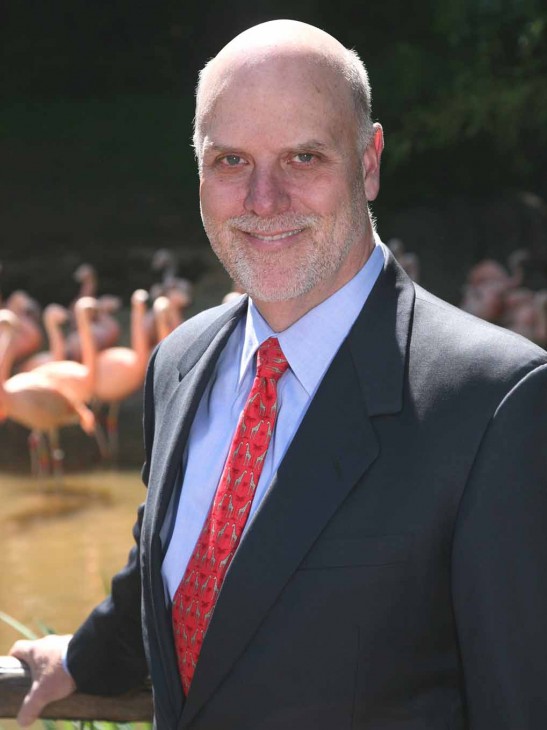 Dennis W. Kelly has been named director of the Smithsonian’s National Zoo in Washington, D.C., effective Feb. 15, 2010. As director, Kelly will oversee the 163-acre facility in Rock Creek Park and the 3,200-acre Conservation and Research Center in Front Royal, Va. Kelly, 56, has been the president and CEO of Zoo Atlanta in Georgia since June 2003.

At the National Zoo, Kelly will be responsible for the operations of the public Zoo in Washington, which has nearly 2 million visitors a year, and manage the Zoo’s research programs, including groundbreaking work by Zoo scientists in conservation biology around the world. He will oversee the fundraising and education programs coordinated by the Zoo’s membership organization, Friends of the National Zoo. The Zoo has more than 450 full-time staff, including keepers, curators and scientists, and a combined budget for fiscal year 2010 of $69 million. In addition to a major renovation and expansion of its Asian elephant exhibit, the Zoo is in the beginning stages of a multiyear master plan to help it achieve its mission of providing leadership in animal care, science, education and sustainability.

“Dennis Kelly is an experienced and visionary leader who helped transform Zoo Atlanta into a vibrant asset for that city,” said Smithsonian Secretary Wayne Clough. “Our National Zoo, visitors and scholars will greatly benefit from his strong commitment to innovation, education, research and outreach.”

The work of its scientists has made the National Zoo a global leader in conservation, particularly in the fields of veterinary medicine, reproductive biology and animal behavior. In addition to notable recent births at the Zoo, such as the lowland gorilla and white-naped crane, the Zoo’s programs for giant pandas, Asian elephants, clouded leopards and tigers show how the Zoo’s staff carefully integrate zoo science, field research and education outreach to ensure a successful future for these species.

As president of Zoo Atlanta for the past six years, Kelly enhanced that institution’s scientific and animal welfare programs and visitor experience and rebuilt its marketing, government relations and fundraising capabilities. He raised more than $40 million in public and private funds for Zoo Atlanta during his six-year tenure. Kelly also provided the environment and resources for important scientific and conservation work by the zoo’s staff, including collaboration with National Zoo scientists on giant panda breeding and conservation. Under his leadership, Zoo Atlanta strengthened its education programs and assisted in developing education departments in dozens of zoos in China.

Kelly earned a bachelor’s degree from the Georgia Institute of Technology and a master’s degree in business administration from Harvard University. After serving in the military, Kelly held positions with Procter & Gamble and Touche Ross & Co. He worked at The Coca-Cola Co. in Atlanta from 1982 to 1999, serving in various positions. In 1997, Kelly was appointed chief marketing officer for Coca-Cola Europe, overseeing marketing efforts for flagship and local brands in those markets.

In 1999, Kelly joined Green Mountain Energy Co. as president and soon after was named CEO. During his tenure, the company’s annual sales grew from $60,000 to $250 million.

Kelly succeeds John Berry, who was the National Zoo director for three years until this past February when he resigned to become the director of the U.S. Office of Personnel Management; Steven Monfort, the Zoo’s associate director for conservation and science, has served as the acting director since February 2009. As acting director, Monfort helped create a program between the Smithsonian and the World Bank Group to stabilize and restore wild tiger populations, and he strengthened the Zoo’s role in conservation education through a partnership with George Mason University. Monfort will continue as the associate director for conservation and science, as well as the director of the Conservation and Research Center, the Smithsonian’s home for global studies of endangered species.