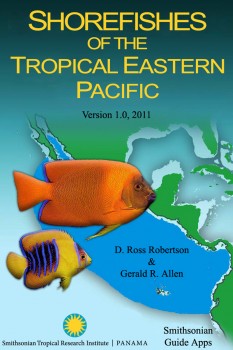 The Smithsonian Tropical Research Institute has released the first completely portable bilingual species identification guide for the shore fishes of the tropical Eastern Pacific as a free iPhone application. Unique fish-finding, list-making tools and range maps make the app a powerful tool for scientists, divers and tour guides and a model for future phone-based field guides.

The tropical Eastern Pacific, spanning the area from Baja California to Ecuador, and including the Galapagos, is one of three great global centers of marine biodiversity. Until the 1990s there was no guide to the fish in this region. The iPhone app evolved from Fishes of the Tropical Eastern Pacific, a written guide published in 1994 by Gerald R. Allen, consultant for Conservation International, and D. Ross Robertson, Smithsonian staff scientist.

The book presented detailed descriptions of nearly 700 species and led to the first
Spanish-language guide in 1998. With funds from the Smithsonian Women’s Committee, Robertson created the Smithsonian’s first bilingual interactive field guide application, released as a compact disc in 2002 and on the Internet in 2008. 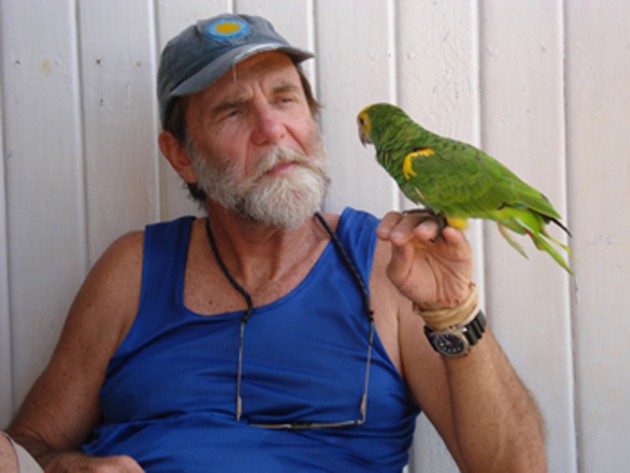 “Now, not only can you carry the means to identify almost 1300 species in your pocket, this application surpasses many of the currently available field guides in its ability to create and share lists that correspond to specific regions or field trips,” said Robertson. “We also made it portable: The information is all in your phone so you don’t need to be connected to a server to use it…important when you are out at sea.”

Users can browse alphabetic lists by species and family, use identification keys and perform a combination search on name, location, shape, pattern and color characteristics to identify unknown fishes. The notebook module serves two functions: users can keep track of the species that they have recently seen and keep annotated lists of fish from different sites that are then organized in folders; they can also export lists by email.

Each species page includes common and scientific names, images of the species, a detailed description, key features used to distinguish it from other species and a map of its range in the Tropical Eastern Pacific. The information is also stored in the apps database, and can be used to search for a fish. A glossary of scientific terms makes the guide accessible to students and lay-people, and information about the extinction risk status (International Union for Conservation of Nature Red List) is available to resource managers and conservationists.