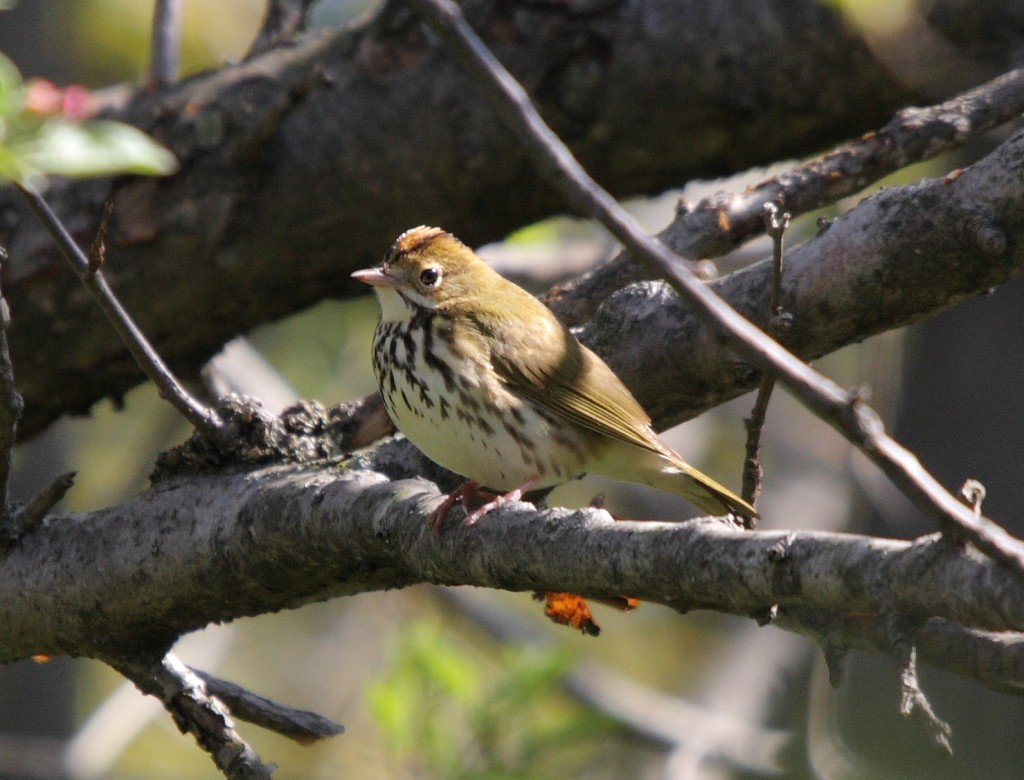 A recent decline in Ovenbirds (Seiurus aurocapilla), a ground-nesting migratory songbird, in forests in the northern Midwest United States is being linked by scientists to a seemingly unlikely culprit: earthworms.

A new survey conducted in Minnesota’s Chippewa National Forest and Wisconsin’s Chequamegon-Nicolet National Forest by a research team led by Scott Loss of the University of Minnesota and the Smithsonian Migratory Bird Center has revealed a direct link between the presence of invasive European earthworms (Lumbricus spp.) and reduced numbers of Ovenbirds in mixed sugar maple and basswood forests. The results are detailed in a paper published on-line in the scientific journal “Landscape Ecology.”

European earthworms are invading previously earthworm-free hardwood forests in North America the scientists say, and consuming the rich layer of leaf litter on the forest floor. In turn, herbaceous plants that thrive in thick leaf litter and provide cover for ground-nesting birds are thinning out, replaced by grasses and sedges. As a result, Ovenbird nests are more visible and vulnerable to predators and Ovenbirds searching for nesting sites reject these low-cover areas outright. Areas of reduced leaf litter also contain fewer bugs for the Ovenbirds to eat, requiring them to establish larger territories, resulting in fewer birds over a given area. 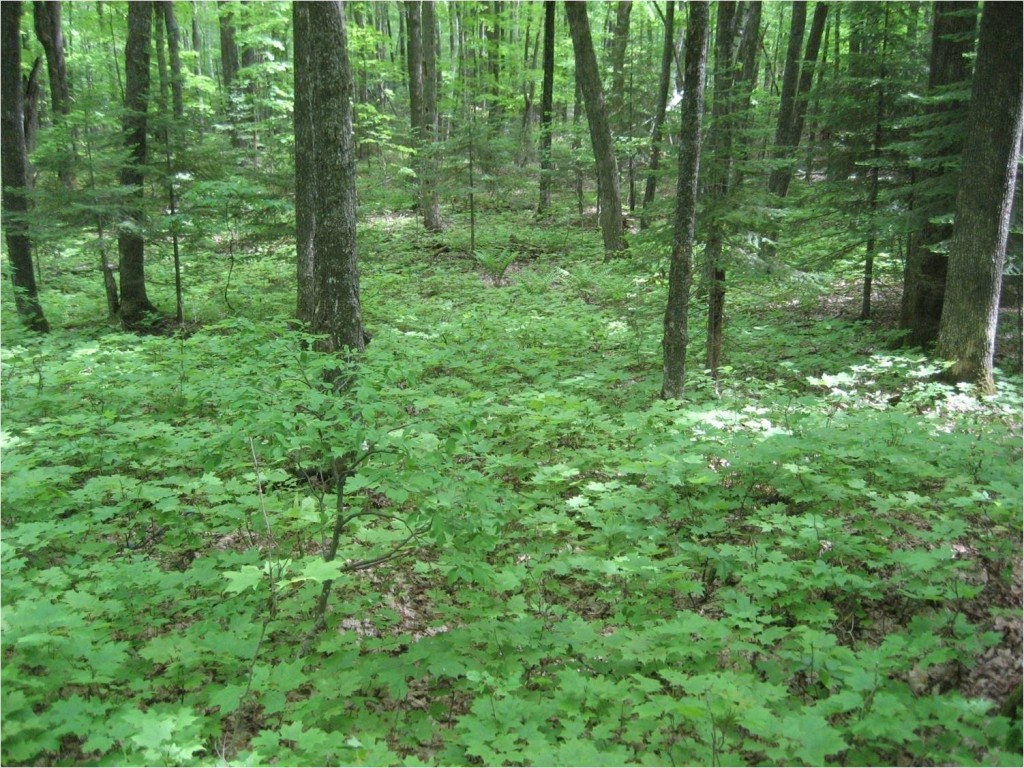 A forest without earthworms has a rich understory of herbaceous plants, tree seedlings, and shrubs, and a thick, spongy leaf litter layer. (Photo by Scott Loss)

The worms invading northern Midwestern forests (as well as forests in the  northeastern U.S. and Canada) have been in the United States since soon after the first European settlers arrived, Scott Loss explains, brought over inadvertently in the ballast of ships, in the root balls of agricultural plants or on purpose for use in gardening. Only now is the leading edge of their continued invasion, caused mainly by logging activities and fishermen dumping their bait, reaching interior wilderness areas such as parts of the study site in the remote forests of Wisconsin and Minnesota. “Night crawlers [Lumbricus terrestris] and the slightly smaller red worms [also called leaf worms or beaver tails, Lumbricus rubellus], have the most damaging impacts to the soil, litter layer, and plants in forests that were historically earthworm-free,” Loss says. 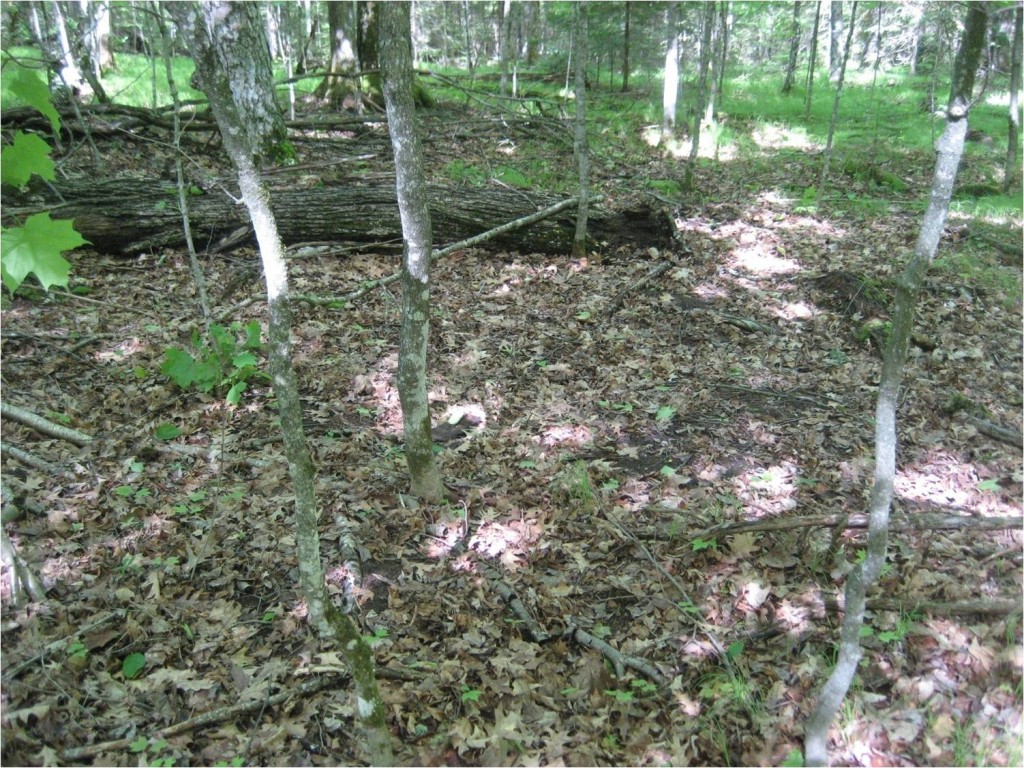 “Everyone has probably heard at one time or another that earthworms have really positive effects in breaking down soil and making it more porous,” Loss explains. “This is true in agricultural and garden settings but not in forests in the Midwest which have developed decomposition systems without earth worms.” Because the forested areas of the Midwest United States were once covered in glaciers, there are no native earthworm species present in the soil, Loss explains. “These earthworm-free forests developed a slow fungus-based decomposition process characterized by a deep organic litter layer on the forest floor.” 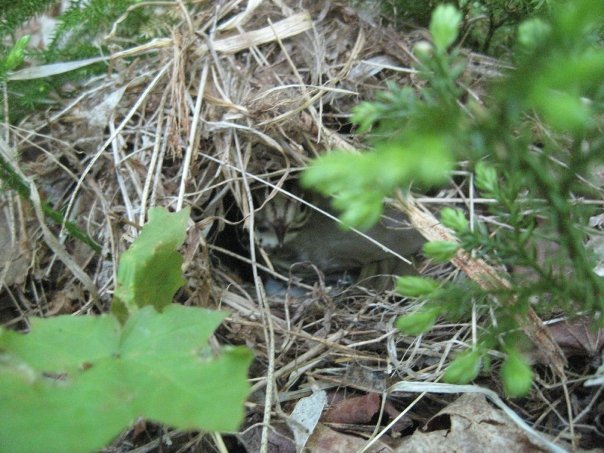 An Ovenbird incubating eggs on a nest. (Photo by Scott Loss)

Earthworms feed on this layer of leaf litter and make it decompose much faster, Loss says. “As a result, we see the loss of sensitive forest-floor species such as trillium, Solomons seal, sarsaparilla and sugar maple seedlings and a shift in dominance to disturbance-adapted species like Pennsylvania sedge.

One result is reduced nest concealment for the Ovenbird and increased predation by squirrel and bird predators.

The researchers found no decline in three other species of ground-nesting birds included in their survey—the Hermit Thrush (Catharus guttatus), Black-and-White Warbler (Mniotilta varia) and Veery (Catharus fuscescens)—nor did they find a correlation between Ovenbird decline and invasive worms in other forest types, such as red oak, paper birch and aspen. 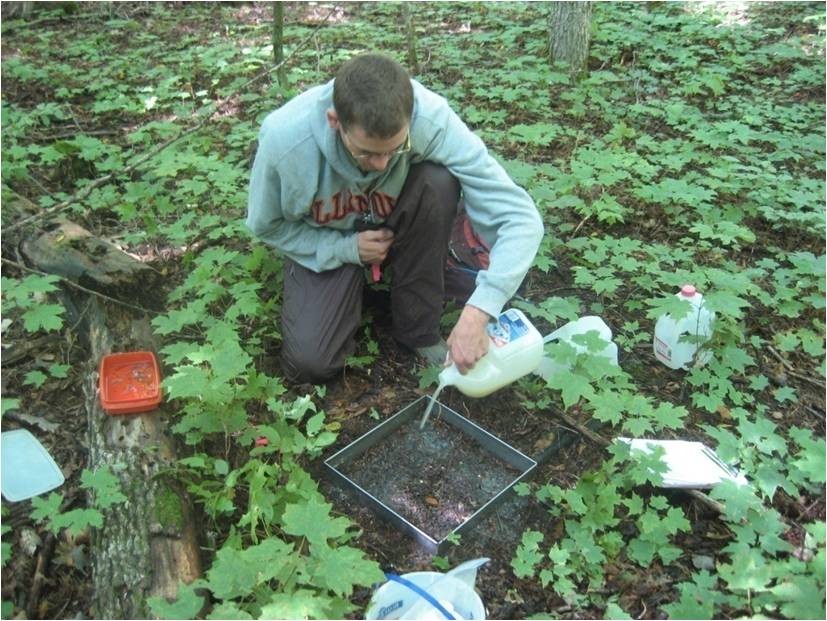 Scott Loss uses a liquid-mustard mixture to sample earthworms.  The mustard contains a skin irritant that causes earthworms to come to the surface. (Photo by Sara Schmelzer Loss)

“Our results suggest that Ovenbird density may decline by as much as 25 percent in maple-basswood forests heavily invaded by invasive earthworms,” the researchers conclude. “Maple-basswood forests are among the preferred ovenbird habitats in the region, comprise a considerable portion of the region’s woodlands…and are experiencing Lumbricus invasions across most of the northern Midwest.” Previous studies have demonstrated that invasive earthworms also are harmful to other native North American species, such as salamanders.

There is reason for concern that the overall population of Ovenbirds could decline, Loss points out. “Ovenbirds migrate to Central America and the Caribbean and back every year, a trip during which they can fly into buildings and towers or get nabbed by a cat as they rest on the ground, and they also face loss of habitat on their breeding and wintering grounds. Now, here is yet another potential threat to their survival.”

The Smithsonian Migratory Bird Center is dedicated to fostering greater understanding, appreciation, and protection of the grand phenomenon of bird migration. Founded in 1991, we are located at the Smithsonian National Zoological Park in Washington, D.C.--John Barrat

“Invasions of non-native earthworms related to population declines of ground-nesting songbirds across a regional extent in northern hardwood forests of North America,” was co-authored by Scott R. Loss, Gerald J. Niemi and Robert B. Blair of the University of Minnesota.