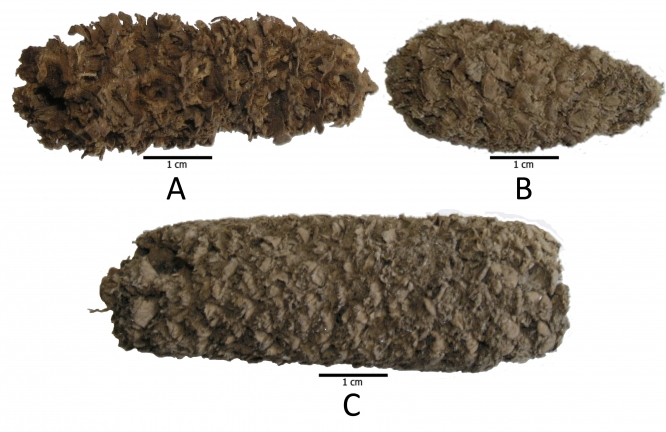 These ancient corn cobs date roughly from 6,500-4,000 years ago. A is Proto-Confite Morocho race; B, Confite Chavinense maize race; and C is Proto-Alazan maize race.. (Photo by Tom Dillehay)

People living along the coast of Peru were eating popcorn 2,000 years earlier than previously reported and before ceramic pottery was used there, according to a new paper in the Proceedings of the National Academy of Sciences co-authored by Dolores Piperno, curator of New World archaeology at the Smithsonian’s National Museum of Natural History and emeritus staff scientist at the Smithsonian Tropical Research Institute.

Some of the oldest known corncobs, husks, stalks and tassels, dating from 6,700 to 3,000 years ago were found at Paredones and Huaca Prieta, two mound sites on Peru’s arid northern coast. The research group, led by Tom Dillehay from Vanderbilt University and Duccio Bonavia from Peru’s Academia Nacional de la Historia, also found corn microfossils: starch grains and phytoliths. Characteristics of the cobs—the earliest ever discovered in South America—indicate that the sites’ ancient inhabitants ate corn several ways, including popcorn and flour corn. However, corn was still not an important part of their diet. 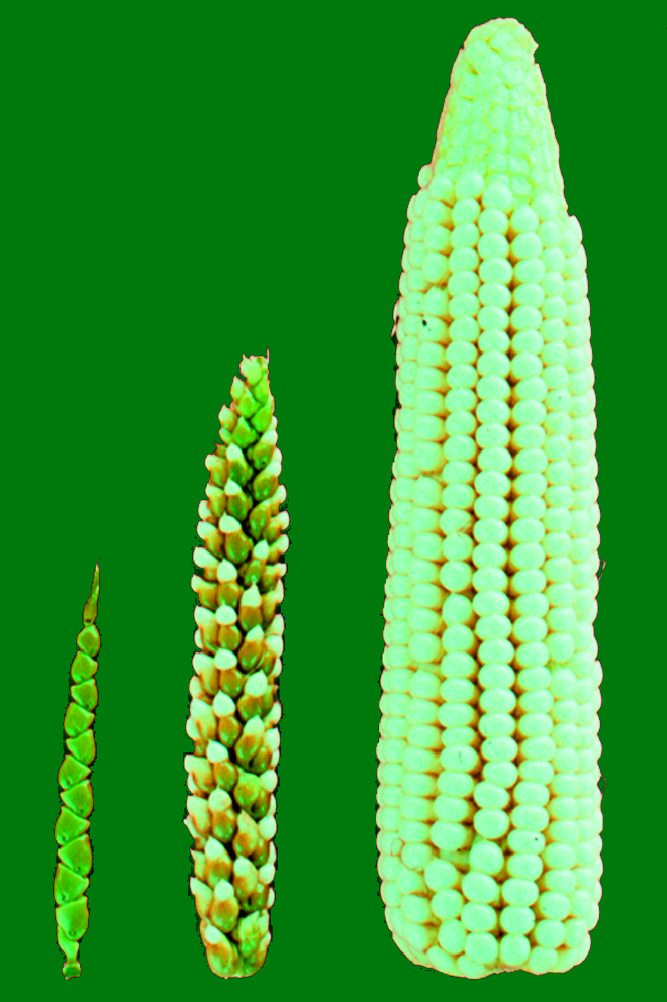 “Corn was first domesticated in Mexico nearly 9,000 years ago from a wild grass called teosinte,” Piperno says. “Our results show that only a few thousand years later corn arrived in South America where its evolution into different varieties that are now common in the Andean region began. This evidence further indicates that in many areas corn arrived before pots did and that early experimentation with corn as a food was not dependent on the presence of pottery.”

Understanding the subtle transformations in the characteristics of cobs and kernels that led to the hundreds of maize races known today, as well as where and when each of them developed, is a challenge. Corncobs and kernels were not well preserved in the humid tropical forests between Central and South America, including Panama—the primary dispersal routes for the crop after it first left Mexico about 8,000 years ago.

“These new and unique races of corn may have developed quickly in South America, where there was no chance that they would continue to be pollinated by wild teosinte,” Piperno says. “Because there is so little data available from other places for this time period, the wealth of morphological information about the cobs and other corn remains at this early date is very important for understanding how corn became the crop we know today.”