History and geology, not current ecology, are likely what has made tropical forests so variable from site to site, according to a new study published in the journal Science, co-authored by Liza Comita, research associate at the Smithsonian Tropical Research Institute in Panama. 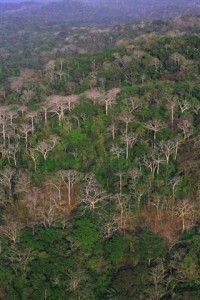 Images left and below: The variation in biodiversity from place to place, called beta diversity, are actually very similar as you move from the tropics to the poles when you account for the number of species present in the first place. (Photos by Christian Ziegler)

“The same ecological processes seem to be working worldwide. The difference is that tropical organisms have been accumulating for vast periods of time,” said Nathan J.B. Kraft, post-doctoral fellow at the University of British Colombia, who led the research team.

“This study shows how collecting data using the same methods at sites around the world, similar to what we do at the Center for Tropical Forest Science–Smithsonian Institution Global Earth Observatories Network, offers new insights into the processes that shape ecological communities,” said Comita, formerly a post-doctoral fellow at the National Center for Ecological Analysis and Synthesis, now an assistant professor at The Ohio State University. “We found that measurements of variation in biodiversity from place to place, called beta diversity, are actually very similar as you move from the tropics to the poles when you account for the number of species present in the first place.” 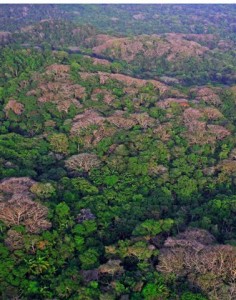 Forests in Canada and Europe may have much more in common with tropical rainforests than previously believed. “We see that biodiversity patterns can be explained not by current ecological processes, unfolding over one or two generations, but by much longer-term historical and geological events,” said Kraft, who will join the faculty at the University of Maryland next year.

“Fossils tell a similar story,” said STRI scientist, Aaron O’Dea, co-author, with Willem Renema and others, of a 2008 article in Science showing that marine biodiversity hotspots could be traced back to ancient areas of tectonic activity. “Geological history reveals that glaciations and mass extinctions have lasting effects on the structure of biological communities. It bears witness to the devastation that occurs when accumulated biodiversity is lost: a threat we are facing today.”

The team, which also included researchers from institutions in the U.S., Canada and New Zealand, was supported by the U.S. National Center for Ecological Analysis and Synthesis and the U.S. National Science Foundation.–Beth King, Smithsonian Tropical Research Institute