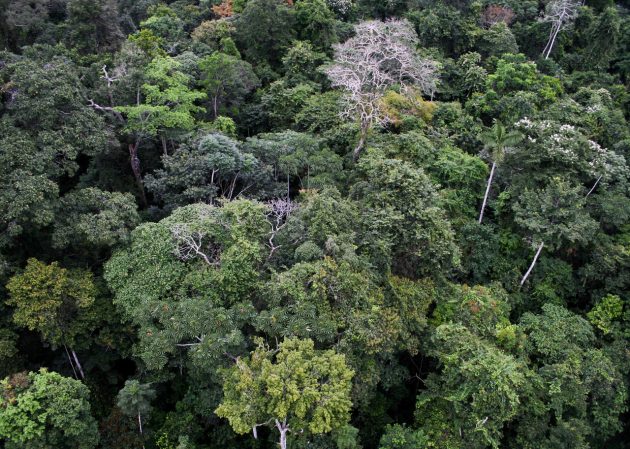 Visitors to the tropics are amazed by the huge variety of colorful, complex and sometimes ferocious creatures living near the equator. Smithsonian scientists and colleagues in 24 countries studying more than 2 million trees observed a simple phenomenon that may explain why tropical forests are so much richer than are forests located nearer the poles. Their explanation, published in the June 30 issue of Science magazine, is a significant step toward answering a question that has been asked by natural historians for centuries: “Why is there so much biodiversity in tropical forests?”

“The 50 authors from 12 countries who contributed to this finding asked an enormously important question that has been on the minds of scientists since Darwin,” said David J. Skorton, Secretary of the Smithsonian Institution. “Until now, there was no satisfying answer to the question of why there are so many species of trees in tropical forests. The Smithsonian Forest Global Earth Observatory network convened experts from around the world and provided the data to address this question at a global scale. The answer may be simply that voracious predators and pathogens specializing on particular tropical tree species thin them out, making them less vulnerable to more common enemies, resulting in forests with many more species than we have here.” 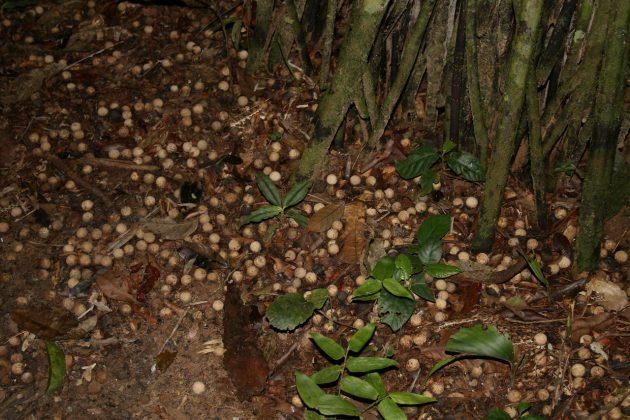 “They analyzed data from 3,000 tree species and discovered that a phenomenon called Conspecific Negative Density Dependence, or CNDD, a process where population growth rates decline when individual species are at high local density, is much stronger in the tropics,” said Stuart Davies, director of the Center for Tropical Forest Science-Forest Global Earth Observatory of the Smithsonian Tropical Research Institute.

“Many studies have observed that there are lots more rare species in tropical than in temperate forests,” Davies said. “The finding that CNDD is stronger for rare species in the tropics is an important contribution to explaining this pattern.”

When a lot of individuals of the same tree species grow in the same area, their numbers decline or increase more slowly than the numbers of rare species because they are both easier for pathogens and predators to find and because they may compete with each other for space and resources.

Researchers are not yet sure why this is true. Perhaps the diseases that affect tropical trees and their seedlings are more contagious or severe than seeding and tree diseases in temperate regions.

“The Smithsonian’s ForestGEO network is an international group of scientists and research sites that grew out of a project to understand tropical biodiversity in Panama nearly 40 years ago,” said Matthew C. Larsen, director of the Smithsonian Tropical Research Institute. “It is wonderful to see how this network has grown. We facilitate research and build scientific capacity through training, grants and partnerships with universities and research organizations in 25 countries around the world and welcome new ideas that can be tested at this scale.”