Soon after a dirt road through the forests of Lambir Hills National Park in Borneo was improved in 1987, local markets selling the meat of wild animals expanded dramatically. By 1994 biologists observed that a bird known as the helmeted hornbill had vanished from the park and other species—such as the rhinoceros hornbill, the Bornean gibbon and the sun bear—had become extremely scarce. A survey conducted in 2004 found that more than 20 percent of the mammal species and 50 percent of the bird species in the park had vanished. 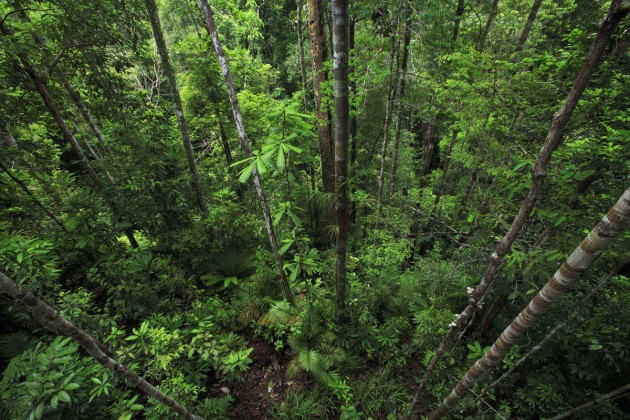 Now, a new study published in the journal Ecology Letters spotlights the impact the loss of these animals is having on the forest itself. Using census data from trees growing in a 52 hectare (128 acre) plot in Lambir monitored for 15 years just after the onset of intense hunting, the researchers found a marked increase in crowding of saplings beneath tree species that depend upon animals to disperse their seeds.

“Tree species that use these animals to disperse their seeds have lost the ability to displace offspring far away from the parents,” says study co-author Matteo Detto, of the Center for Tropical Forest Science, Smithsonian Tropical Research Institute. “For this reason these species appear more aggregated or clustered compared to when hunting was not present.” 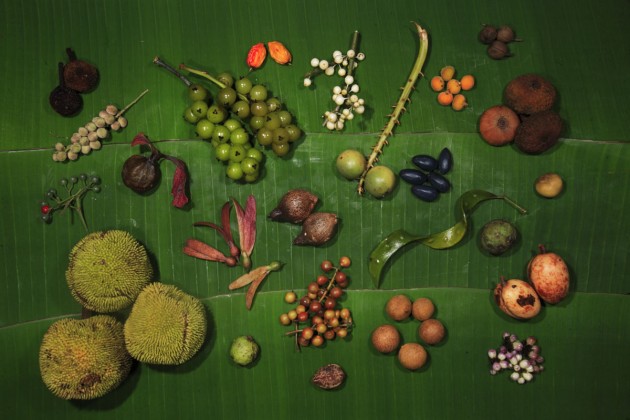 A selection of seeds from Lambir Hills National Park, many of which are dependent upon animals for their dispersal. (CTFS photo by Christian Ziegler)

Fruit that would formerly have been eaten by hornbills, gibbons and other animals and dispersed far and wide now simply fall to the ground and sprout under the maternal tree. Due to overcrowding these saplings suffer high mortality. The result, the study shows, has been a small but consistent decline in local tree diversity, an effect the researchers expect will become more pronounced over time.

“Lambir is the richest forest in the whole of the Old World tropics, there’s nowhere else in Asia or Africa that has a forest this diverse in tree species, with some 1,200 tree species growing in an area of about 125 acres [the CTFS survey area],” explains Stuart Davies, director of the Center for Tropical Forest Science and a co-author of the study. “Lambir is a tiny little national park and unfortunately what’s happening in the tropics is that many of these conservation areas have become isolated by agriculture of various kinds. In the case of Lambir it is surrounded by oil palm plantations and by a growing urban population. These isolated conservation areas have no future for surviving  if they continue to get hunted in the way they are. The great majority of tree species need vertebrates for their dispersal and most of the big vertebrates are gone.”

The study showed that overhunting of large seed-dispersing animals caused “the spatial distribution of the forest trees to change in a way that could dramatically change the composition” of the forest, says Tania BrenesArguedas, a co-author also from the Center for Tropical Forest Science at the Smithsonian Tropical Research Institute. “It was very impressive that such changes in distribution and survival could be detected in such a short period of time.” 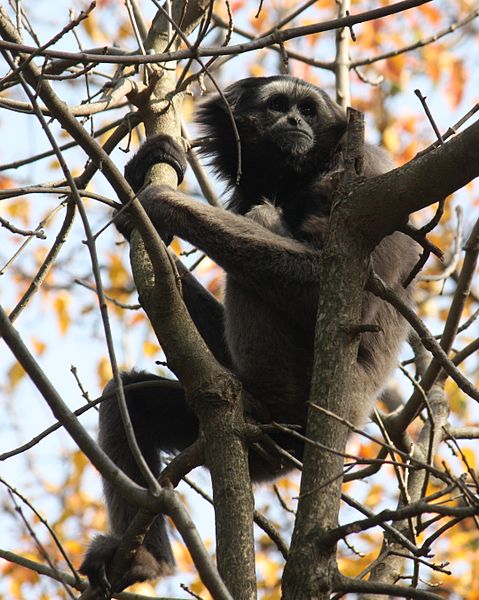 Among trees with animal-dispersed seeds, species with medium or large seeds had significantly lower success in sprouting new seedlings than species with small seeds. Trees that use other methods of dispersal, such as wind, gyrations and seed projection, did not show greater clustering.

“The situation at Lambir is increasingly prevalent throughout tropical Asia,” the researchers write, “and in other tropical areas with high human populations and a relatively low proportion of remaining forest, including West Africa and the Atlantic forests of Brazil. Moreover, as access improves we can also expect increasing levels of defaunation [overhunting of animals] in remaining large blocks of rain forest, such as the Amazon and Congo, unless the process is countered by strong conservation measures.

“Enhancing the protection of wildlife and restoring animal populations where they have been depleted will be essential for prevent a substantial decline in tree diversity in these forests.”

(The Center for Tropical Forest Science is a global network of forest research plots committed to the study of tropical and temperate forest function and diversity. The multi-institutional network comprises more than 40 forest research plots across the Americas, Africa, Asia, and Europe, with a strong focus on tropical regions. Through regular surveys CTFS monitors the growth and survival of about 4.5 million trees of approximately 8,500 species.)