Research from North Carolina State University shows that they really don’t make men and women (and women particularly) like they used to, or at least in Spain. The study, which examined hundreds of Spanish and Portuguese skulls spanning four centuries, shows that differences in the craniofacial features of men and women have become less pronounced. 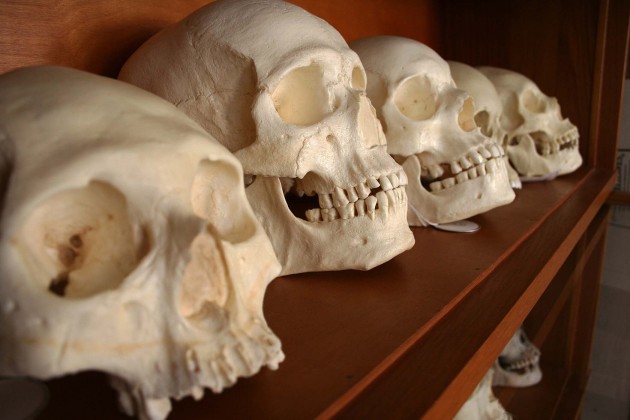 “Improving our understanding of the craniofacial features of regional groups can help us learn more from skeletal remains, or even help us identify an individual based on his or her remains,” says Ann Ross, associate professor of anthropology at North Carolina State and principal investigator of the study which she co-authored with Douglas Ubelaker of the Smithsonian Institution’s National Museum of Natural History, and E.H. Kimmerle of the University of South Florida.

Looking at more than 200 skulls dating to 20th and 16th century Spain, as well as approximately 50 skulls from 20th century Portugal, the researchers found that craniofacial differences between contemporary men and women are less pronounced than they were in the 16th century.

Ross, Ubelaker and Kimmerle found that craniofacial differences between contemporary men and women are less pronounced than they were in the 16th century. The researchers also found that, while craniofacial features for both sexes in Spain have changed over time, the changes have been particularly significant in females. For example, the facial structure of modern Spanish females is much larger than the structure of 16th century females. This difference may stem from improved nutrition or other environmental factors.

The researchers paid particular attention to structural differences between male and female skulls because “this can help us establish the sex of the remains based on their craniofacial features,” Ross says – which is particularly important when an incomplete skeleton is found. “Being able to tell if a skull belonged to a man or woman is useful in both criminal investigation and academic research.”

Assessing the 16th century skulls was important to the researchers because it allowed them to determine how the different features of male and female skulls have changed over time. “This has applications for characterizing older remains,” Ross says. “Applying 20th century standards to historical remains could be misleading, since sex differences can change over time – as we showed in this study.”

The study also found that the craniofacial sexual differences were very similar between Spanish and Portuguese populations, implying that standards developed for identifying sex in Spanish skulls could also be applied regionally.

A paper describing the research, “Implications of dimorphism, population variation, and secular change in estimating population affinity in the Iberian Peninsula,” is forthcoming from the journal Forensic Science International. The study was funded, in part, by the National Institute of Justice.