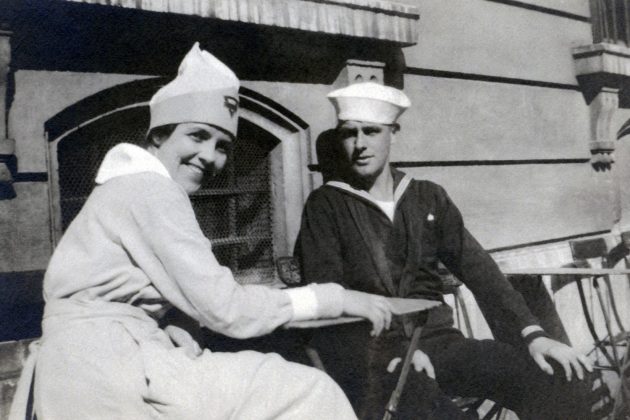 Stationed at a U.S. Army hospital in France in 1918, nurse Lulu Wolfe looked after World War I soldiers suffering from shrapnel wounds and gas poisoning. Ethel Ash volunteered with the YMCA in Verdun and Paris, France in 1919 making donuts for American troops and operating a mobile canteen. Ruth (Woodworth) Creveling, age 18, joined the U.S. Navy and put her typing and stenography skills to work stateside from 1917-1920. Greta Wolf served as a nurse in Mesves, France.

The WWI experiences of these four women are profiled in a new National Postal Museum exhibit “In Her Words: Women’s Duty and Service in World War I,” using letters and other archived items borrowed from the collections of the Women In Military Service For America Memorial Foundation, in Arlington, Va.

The women served in and alongside the American military during this European conflict that lasted more than four years. 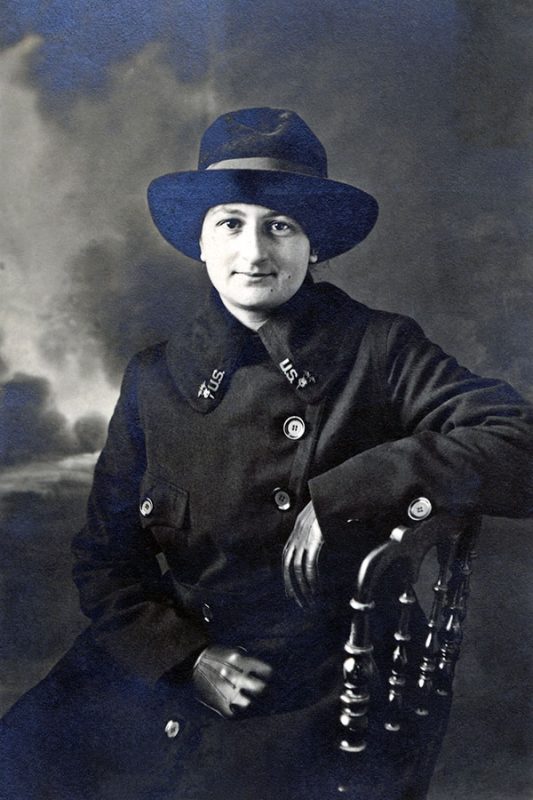 “World War I was the first time women were allowed to enlist in the Navy and Marine Corps,” National Postal Museum Curator Lynn Heidelbaugh says. “The Navy called them yeoman, and under that rating most women’s duties were clerical. Women serving as nurses in the Army and Navy were not technically enlisted,” Heidelbaugh adds. “They were in service but had no rank and were not given the same benefits or protections as enlisted men or officers.”

Wearing leather gloves, a heavy coat, and hat, a seated Greta Wolf smiles out from a 1918 photograph in the exhibit. Her attire leaves little doubt it was cold in Mesves, France where she was a nurse. Writing home by candlelight, she revealed “I have the lantern under my skirts & my feet on a hot stone. We have no heat here yet, and it gets very cold in the night. So this is my heating aparatus (sic).”

In a ward with 112 American soldiers from “all over,” Wolf confides a “real sister’s love” for the “boys…. every one tells his little tale and how they appreciate what we do for them.” Wolf lamented that few of the soldiers got any mail—their letters were sent to their company and stayed there.

For the exhibit, Heidelbaugh and co-curators Britta Granrud and Jessie Henn of the Women In Military Service For America Memorial Foundation combed through letters in the collection of the Memorial Foundation with an eye on “how these women were expressing themselves in correspondence and using the mail,” Heidelbaugh says. “This was a top criterion in selecting who to feature.” 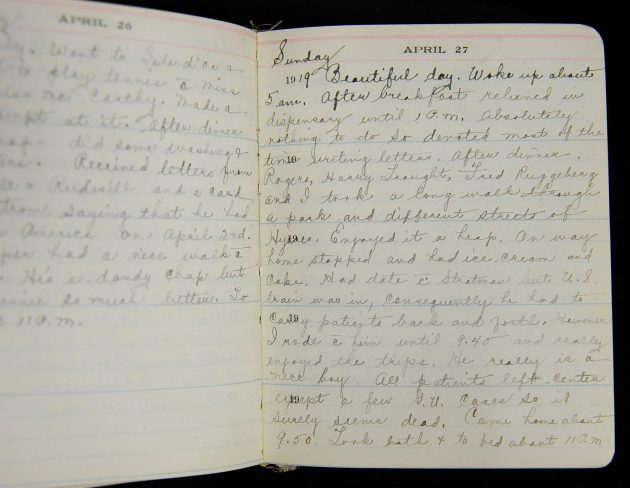 Nurse Lulu Wolfe’s diary open to the date April 27, 1919. Lulu Wolfe wrote diary entries from her deployment to France in the summer of 1918 through her adjustment upon coming home after the war in 1919. The diary reveals her everyday activities while working as an Army nurse and the importance of correspondence that enabled her to keep in touch with her friends and family. (Diary courtesy Courtesy Lulu Belle (Wolfe) Smith Collection, Gift of Ellen Mertens, Women’s Memorial Foundation Collection)

There is a wealth of material. During WWI “the Army had well over 21,000 nurses, and the Army and Navy had numerous civilian organizations such as the YMCA provide their soldiers and sailors welfare and morale service overseas,” Heidelbaugh says.

Also, the Navy and Army had civilian women in positions overseas working as “Hello Girls,” telephone switchboard operators who spoke both English and French.

Because it was the first time women were permitted to serve in the military, according to regulations they could not “fraternize” with non-commissioned officers and enlisted personnel.

“To see how these women wrote about those regulations and some of the actualities of it was quite interesting,” Heidelbaugh says. “It was one of the added difficulties for men and women working together.”

For Greta Wolfe, whose patients were non-commissioned officers and enlisted personnel, it did them great good for her to talk with them, she wrote. In many of her letters, Wolfe addresses dealing with male colleagues and interacting with male patients. 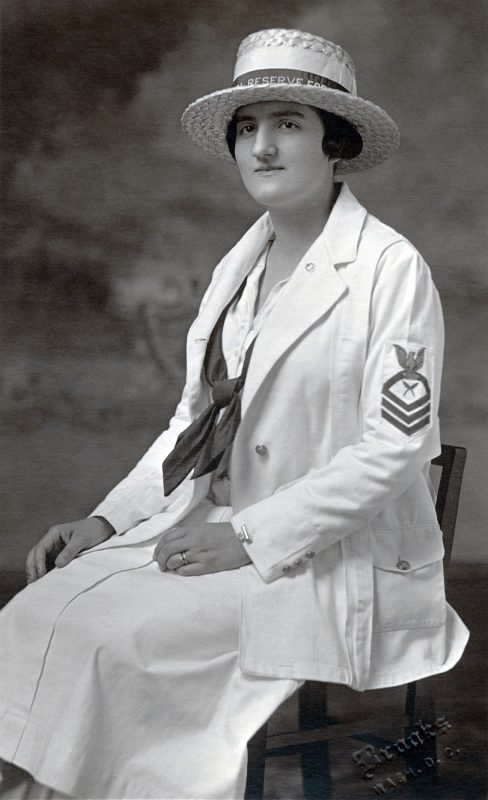 “It is phenomenal content,” Heidelbaugh says. “Where do you cross the line, for example, between asking a patient how he is doing today and having a deeper conversation?”

Despite regulations nurse Lulu Wolfe reveals in one letter that she had a date with an ambulance driver “Stratman” that was canceled when a train carrying wounded arrived. She writes: “….he had to carry patients back and forth. However I rode with him until 9:45 and really enjoyed the trips.”

Many of the letters Heidelbaugh reviewed contained thoughts on serving the United States and personal motivations, she says, such as being able to earn money consistently and gaining new skills. 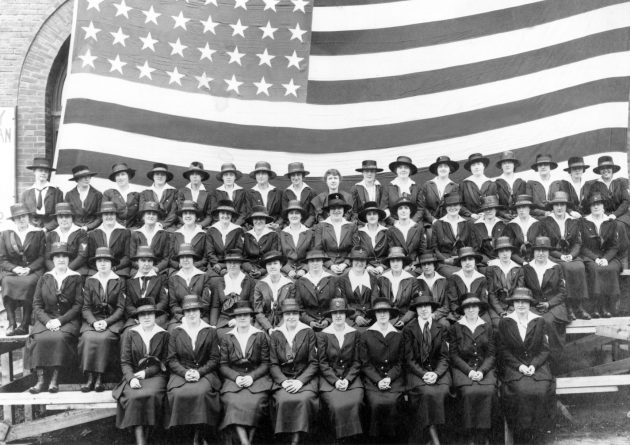 The individuality and personalities of the writers come through in the exhibit despite the fact they were limited in what they could say: letters written by Americans serving overseas were censored.

Identity cards, uniforms, diaries, notebooks, photographs and other objects in this small exhibit reveal the hard work and sacrifices these women made.

Their treatment during and after WWI raised significant questions and helped set new precedents for women’s employment opportunities and political rights.

“In Her Words: Women’s Duty and Service in World War I” is on view at the National Postal Museum through May 2018.