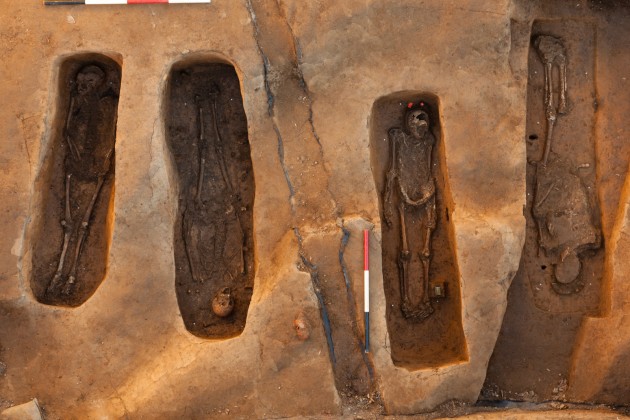 A team of scientists used multiple lines of evidence, including archaeology, skeletal analyses, chemical testing, 3-D technology and genealogical research, to single out the names of the four men who died at Jamestown from 1608 through 1617. (Photo by Donald E. Hurlbert)

Within the 1608 church where Pocahontas and John Rolfe married, the skeletal remains of four early settlers were uncovered during a 2013 archaeological dig at Virginia’s historic Jamestown colony. Now, those bones have been identified as some of the leaders of that first successful British attempt to forge a new life in the new world across the Atlantic.

Forensic anthropologist Douglas Owsley, the division head of physical anthropology at the Smithsonian’s National Museum of Natural History, and his team worked with archaeologists from the Jamestown Rediscovery Foundation at Historic Jamestowne to piece together just who the four men were.

Built first of mud and wood, the original church structure had long since vanished. Archaeologists rediscovered the church’s original footprint five years ago. 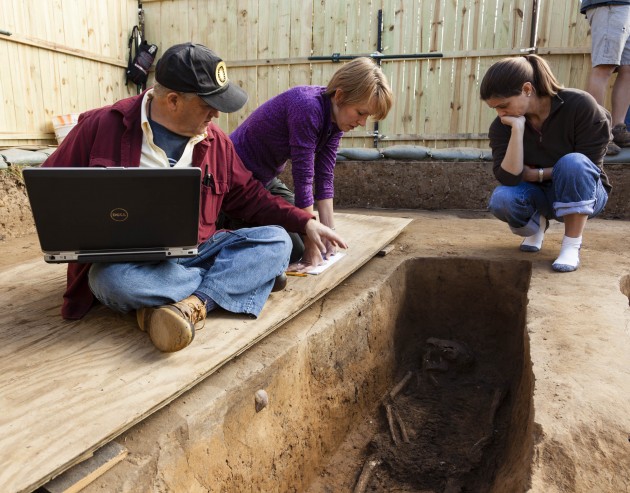 Only about 30 percent of each skeleton was recovered, and the bones were poorly preserved, so finding out who the men were presented a challenge that required multiple paths of investigation.

The first clue to their identities came from the burial location in the chancel, a space at the front of the church around the altar reserved for the clergy. Only leading members of the community would have been buried there, so it was clear the men had a place of prominence among the colonists.

The research team then came up with a small list of prominent men who died between 1608 and 1617 and narrowed the list of potential candidates using the few surviving historical records. They tested the skeletons to determine their sex and approximate ages at death, sifted through detailed genealogies, examined diet through chemical testing and used high-resolution micro-CT scanning to reveal facts about the artifacts that were buried with the men.

The skeletal remains of the Rev. Robert Hunt, the first Anglican minister at Jamestown who served the colony until his death in 1608 around the age of 39. Hunt was buried without a coffin. (Photo by Donald E. Hurlbert)

Eventually, the team identified the men as:

Capt. Gabriel Archer died in late 1609 or early 1610 at the age of 34 during the “starving time” at Jamestown, and was found buried with a captain’s leading staff and an enigmatic silver box. (Photo by Donald E. Hurlbert)

The men lived and died at a turning point in the history of the settlement—when it was on the brink of failure due to famine, disease and conflict. “The skeletons of these men help fill in the stories of their lives and contribute to existing knowledge about the early years at Jamestown,” Owsley says. 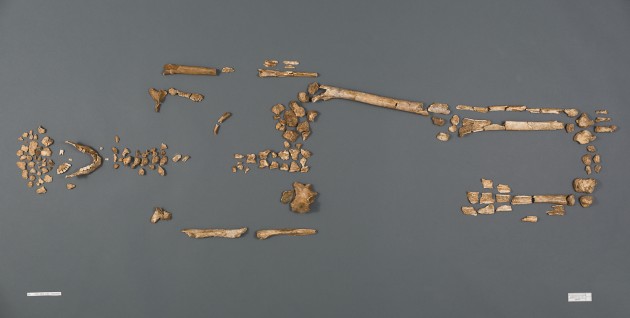 Capt. William West was killed in 1610 around the age of 24 during a skirmish with the Powhatan. He was found buried with the remnants of a military leader’s sash adorned with silver bullion fringe and spangles. (Photo by Donald E. Hurlbert)

This discovery also comes at a critical time in Jamestown’s present history, as preservation of these materials is threatened by ongoing changes in the soil and water levels at the site. Jamestown is susceptible to sea-level rise, which some scientists predict could submerge the island by the end of the century.

A well-preserved silver box (shown before and after conservation) believed to be a Catholic reliquary resting on top of Capt. Gabriel Archer’s coffin was an unexpected find at the site of the 1608 Anglican church, suggesting that at least one of the colonists retained his Catholic faith, perhaps in secret. (Photo by Donald E. Hurlbert)

Owsley’s career has been marked by many stories that anthropological discovery has brought to the world, including the examination of Kennewick Man, one of the oldest skeletons found in America, and evidence of cannibalism in Jamestown. Asked to describe the best part of his job, he says, “When it all becomes clear—the spectacular moments where you understand what’s going on.”

This scan of William West’s captain’s sash reveals it is likely made of silk and is adorned with silver bullion fringe and spangles. (Image courtesy Mark L. Riccio, Cornell BRC CT Imaging Facility)

The Smithsonian’s 3D Digitization Program Office scanned the excavation and archived the data so people anywhere can download and interact with the burial sites. Through their bones, these men’s stories live on. 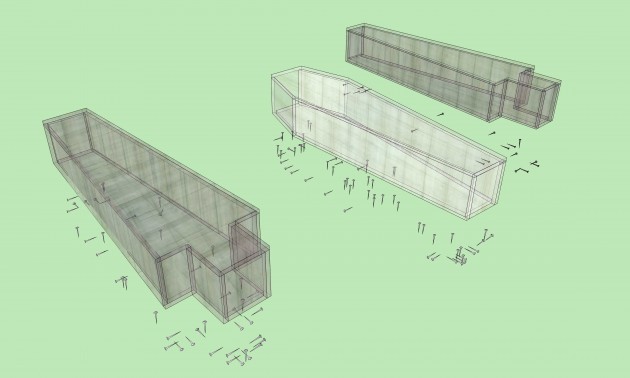 The research team studied the unusual pattern of coffin nails from the graves and determined that Wainman and West were buried in uniquely styled anthropomorphic, or human-shaped, wooden coffins while Archer was buried in a hexagonal coffin. (Courtesy of Jamestown Rediscovery/Preservation Virginia)