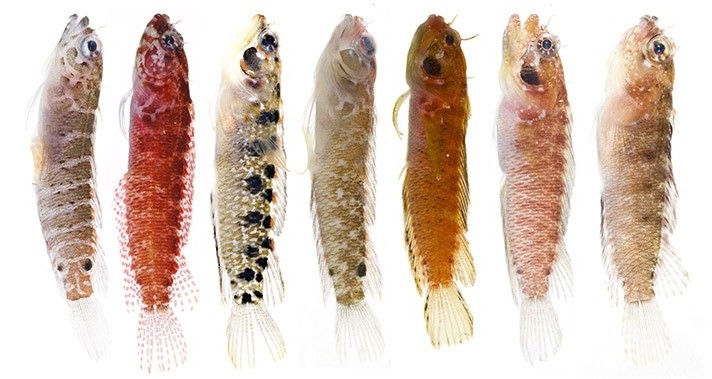 Using modern genetic analysis, combined with traditional morphology, scientists from the Smithsonian’s National Museum of Natural History and the Ocean Science Foundation have discovered seven new species of blenny fish in the genus Starksia. The newly discovered fish at right is Starksia Robertsoni. Starksia blennies, small (less than 2 inches) fish with elongated bodies, generally native to shallow to moderately deep rock and coral reefs in the western Atlantic and eastern Pacific oceans, have been well-studied for more than 100 years. It would have been reasonable to assume that there was little about the group left to discover. Modern DNA barcoding techniques, however, suggested otherwise. While trying to match larval stages of coral reef fish to adults through DNA, the team of scientists noticed contradictions between the preliminary genetic data and the current species classification. Further investigation revealed that the team was dealing with many species new to science, including the new Starksia blennies. For more information click here.