Pulled in from the jungles by bright streetlights, millions of flying insects swarm at night to small cities and urban areas in the tropics. Chasing the insects are hundreds of bats, mammals which swoop and dart through the night, eating their fill from the large swarms.

Recently, bat experts Elisabeth Kalko (Smithsonian Tropical Research Institute, Panama/University of Ulm, Germany) and Kirsten Jung (University of Ulm) took a survey to find out just which high-flying, insectivorous bat species can be found in the sky above both small and large urban areas in Panama. Conducting their survey at night with audio recording equipment that enables the identification of different bat species by their echolocation calls, the scientists made an important discovery. 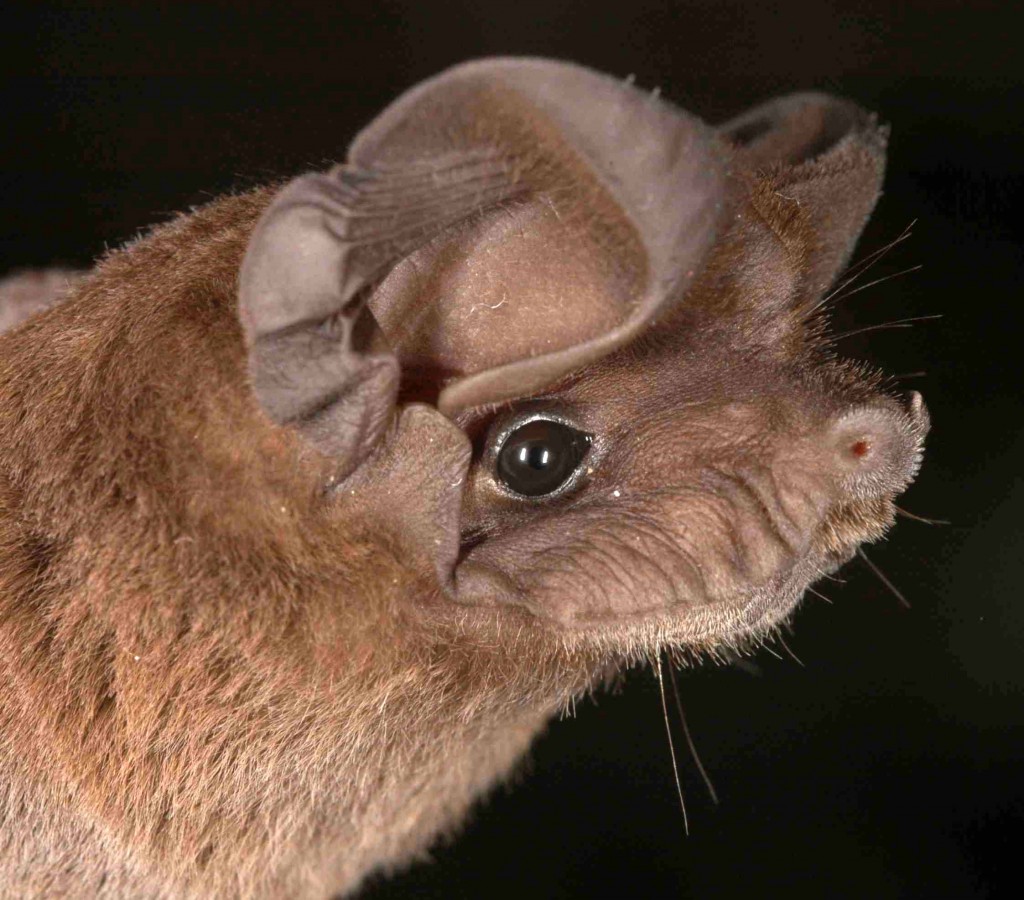 Nyctinomops laticaudatus (Molossidae), a large tropical bat that has adapted to dense urban areas of Panama. (Photo by Marco Tschapka)

Bats living in the large urban area of Panama City, they learned, represent just a small fraction of the roughly 25 species of high-flying insectivorous bats found in Panama’s rainforests. Larger bats that can fly fast and fly longer distances were living in the city, roosting in man-made structures. Many smaller, slow-flying Panamanian bat species were not found in the large urban areas.

In Panama City they discovered that only a few species from a family of bats known as molossids dominated and were able to live in a dense urban environment were fewer insects are to be found. Overall the high species richness of insect-eating bats found in the rainforest decreased significantly in and near urban areas.

This map shows small and large urban areas, as well as rainforest areas in Panama where Kalko and Jung conducted their survey of insect-eating bats.

“Urbanization is a dominant demographic trend throughout the world that involves massive habitat alterations,” Jung and Kalko write in a recent paper in the journal Diversity and Distributions. “Our results clearly demonstrate species-specific differences between high flying aerial insectivorous bats concerning their adaptability and vulnerability to urban areas.” The local risk for bat species that can’t adapt to urban environments may be high and special conservation measures should be considered for them, Kalko and Jung say.